You're going to want to plan a trip (or a move!) to Colorado after reading this. 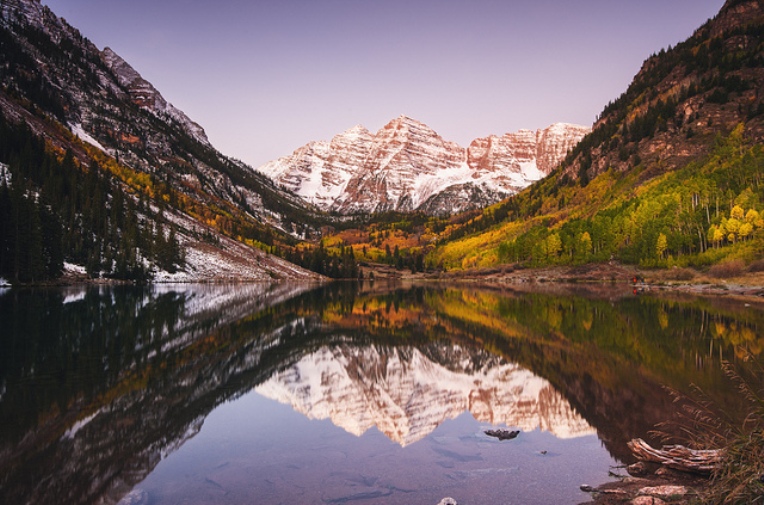 Colorado / Courtesy of Geoff Llerena under a CC 2.0 license.

For most people, the great outdoors come to mind when thinking of Colorado. It makes sense – it’s home to a portion of the Rocky Mountains, including Rocky Mountain National Park, and the state is filled with hiking trails, camping destinations and water recreation opportunities. But in addition to plenty of ways to get active, Colorado has some truly beautiful destinations that might just take your breath away. Take a look at the state’s seven natural wonders:

1. Cave of the Winds

Looking for an unforgettable adventure? Explore the Cave of the Winds, located at the foot of Pikes Peak in Manitou Springs. Since it was discovered in 1881, it’s been drawing visitors in droves who are eager to catch a glimpse of the cave’s spectacular formations, most of which are hundreds of thousands of years old. Guided tours are available, and the attraction also includes kid-friendly activities, rides, games and more.

Located in the San Luis Valley, the Great Sand Dunes National Park and Preserve is home to the tallest dunes in North America, including five dunes reaching more than 700 feet high. The park and preserve is especially popular for sandboarding and sand sledding, but it also attracts visitors looking to cool off in Medano Creek or hike along its many trails. In addition, the destination offers opportunities for camping, horseback riding, hunting and fishing.

3. Garden of the Gods Park

Admire the towering red rock formations at Colorado Springs‘ Garden of the Gods Park, which is a registered National Natural Landmark. The 1,367-acre park is often referred to as geological wonder because it comprises 300 million years of geological history – something that’s pretty rare in the U.S – and it’s a favorite spot for rock climbing, hiking, mountain biking, horseback riding and birding.

Although Mesa Verde National Park isn’t a “naturalâ€ wonder, it’s so cool and unusual – and, obviously, full of wonder – that it deserves inclusion on this list. Named a World Heritage Site in 1978, the park protects thousands of archaeological sites, including more than 600 cliff dwellings where Ancestral Puebloans lived from the late 1190s to about 1300. Mesa Verde National Park also includes mesa top pueblos, farming terraces, towers, reservoirs, check dams and a fire look-out tower that’s on the National Register of Historic Places.

Ten Things to Do in Colorado

This place is the most photographed destination in Colorado (and it lays claim to the most photographed mountains in North America), and it’s easy to see why. The Maroon Bells include two large mountains – Maroon Peak and North Maroon Peak – as well as a gorgeous reflective lake. Located 10 miles from Aspen, the 14,000-foot-tall mountains are part of a glacial valley that was created over the course of more than 300 million years of geologic activity.

As the name implies, this place is all about dinosaurs – it’s even located in a city called Dinosaur. Visitors can see more than 1,500 dinosaur fossils, many of which are still in-tact, exposed on a cliff face inside the Quarry Exhibit Hall. Even if dinosaurs aren’t your thing, Dinosaur National Monument is still worth a visit as it is home to both petroglyphs and pictographs, and it’s perfect for activities like hiking, camping and river rafting.

Western Colorado’s Black Canyon of the Gunnison National Park is known for having some of the steepest cliffs, oldest rock and craggiest spires in North America. With its 2,000-foot-tall, narrow canyon walls, it’s ideal for highly experienced climbers looking for a challenge, and the park has several hiking trails with varying difficulty levels. It’s also a great place for fishing, rafting and kayaking, thanks to the Gunnison River that flows through the park.