Things to Do in Littleton, CO 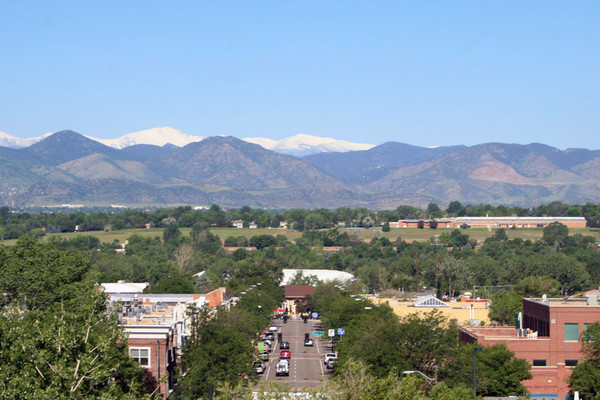 Courtesy of thisfeministrox under a CC 2.0 license.

The Denver area is often characterized as an outdoor haven, and the city of Littleton, Colo., is no exception. Located roughly 10 miles southwest of Denver, Littleton is rich in panoramic escapes, historical remnants, and numerous activities ranging from recreation to culture. From renowned hiking trails to historic landmarks, here are six must-dos in Littleton:

Ask a Littleton local what to do, and they will more than likely point you in the direction of one of Littleton’s countless trailheads, especially Deer Creek Canyon Park. The 2.7 mile round-trip jaunt for mountain bikers or hikers of all levels provides vantage points of downtown Denver and scenic fall foliage. For a more demanding hike, another honorable mention is Waterton Canyon, which can be broken down into a  6-mile round trip or extended for a 12-mile round trip.

Back on the Farm

Named one of the top 10 local museums in the nation, the Littleton Museum strays away from the typical museum. Set on 39 acres, the Littleton museum revives the lifestyle of 19th-century Colorado. Visitors can see two operational farms – one to represent the 1860s and the other the 1890s – as well as a collections center, a main exhibition and a small lake. The Littleton Museum is one of the 700 museums in the U.S. to be accredited by the American Association of Museums, and also has the high honor of being one of the 140 Smithsonian affiliates.

You may think that Louisiana is the only place to fill up on Cajun food, but Littleton locals would have to say “no no” to that – Nono’s, specifically. Nono’s Cafe, located in southern Littleton, offers the breadth of traditional Cajun cuisine, including a crawfish boil every Saturday in the spring. The restaurant is run by New Orleans transplants, Brian and Sonda Brewster, so you know they bring the authenticity of the Delta to your plate. Their well-earned title of Top 10 in Denver corroborates that.

Bask in the Excitement

Each August, downtown Littleton shuts down its streets for the Littleton Twilight Criterium, a 1.3 kilometer bike race that draws top cyclists and spectators alike. The closed circuit race is nationally recognized, and is backed by USA Cycling and on the Professional National Criterium Calendar. For those who look for a less intensive approach, the event also hosts a festival, which includes food trucks, music and a show by professional BMX riders.

Recognized as one of the Front Range’s few surviving historic districts, downtown Littleton is home to more than 220 shops and other businesses, offering everything from dog stores and antiques to yoga and art galleries. Downtown Littleton also brings the community together with yearly events, including a block party, Christmas shopping night, and a turkey leg and wine “hoedown.”

Littleton Hudson Gardens isn’t your average outdoor amphitheater. Besides having 30 acres of well-manicured landscape, the Hudson Gardens doubles a concert venue in the summer, attracting artists like Lynard Skynard and Smokey Robinson, and a Christmas light extravaganza in the winter. In the fall, the Brew & Beer festival at Hudson Gardens features more than 25 local breweries, and also donates proceeds to Interfaith Community Services.