Skip to content
Home > CO > Pueblo > Affordable Places to Live > Home is Where the Heart Is: Plant Roots in Pueblo

Home is Where the Heart Is: Plant Roots in Pueblo

Pueblo residents know their town is something special. 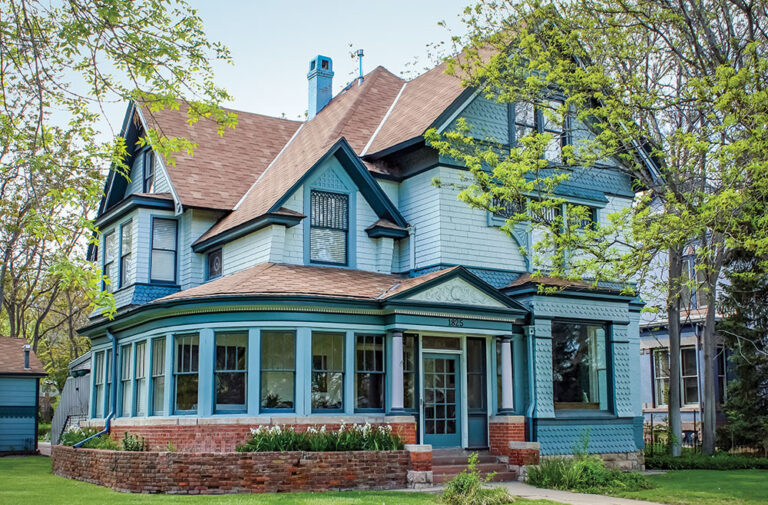 Pueblo has some ardent fans â€“ most of whom are lucky enough to call this Colorado city home.>

Having celebrated its 150th anniversary in 2020, Pueblo takes pride in its history but doesn’t rest on its laurels. The city’s numerous assets make it a great place to work and live, as it provides residents with an affordable lifestyle and spectacular outdoor amenities.>

“The affordability of the real estate in Pueblo is that homes are about half the price of the same home in the Denver area,” says John Beaupre, a real estate agent who recently relocated from Louisville, a suburb of Boulder. “Your average $300,000-$400,000 home in Pueblo would be more than $600,000 in Denver.”

The median home value is $205,000, which is less than half the median value for Denver â€“ located 114 miles to the north â€“ and the state of Colorado. Overall living costs are also significantly lower than both Denver and the U.S. average.

Gerri Babnick, a Pueblo native who lived in California for a few years, concurs. “We live in a middle-class neighborhood: four-bedroom, two-bathroom, three-level home,” she says. “We would never have been able to purchase that type of home in California.”

Housing values and affordability are only two reasons Pueblo is a desirable option for residents. The area is in what’s called the “Banana Belt,” a region on the east side of the Rockies that enjoys a warmer, more temperate climate in the winter. With an average of 258 days of sunshine a year, locals can easily get out and explore Pueblo’s beautiful scenery and open spaces.

Donna Gutierrez, who was born and raised in Pueblo, loves to experience all the outdoor recreational options. “There’s hiking, biking, paddleboarding, boating, kayaking and fishing on Lake Pueblo,” she says. “It’s a nice place to just take a walk or hang out, and it’s a great place for families to go and be together.”

Beaupre is also a lover of the outdoors and appreciates the lack of crowds. “Pueblo feels like you set the clock back on Denver 20 or 30 years ago: There are uncrowded highways and spaces. I’ve never been unable to go hiking or biking because I can’t find parking at a trailhead, which has become a common problem elsewhere.”

One of the things Beaupre loves the most about living in Pueblo is that after work, he can easily drive to the lake, relax in a camp chair and take in the sunset â€“ and it’s only 15 minutes from anywhere in Pueblo. The city has all the advantages of a larger city minus the big-city hassle. The commute time is almost nonexistent â€“ just 19.3 minutes on average.

“I went there when it was the University of Southern Colorado, and my son went there,” Babnick says of CSU Pueblo. “It’s a great university.”

“The hospital is one of our major employers, and the cannabis industry has brought a lot of people and jobs to town.”

“The hospital is one of our major employers, and the cannabis industry has brought a lot of people and jobs to town,” Babnick says.

In fact, between 2013 and 2019, the Pueblo MSA added approximately 5,000 jobs. Pueblo’s diversity dates back centuries, and it’s one of the many things the community values most.

PuebloShares Promotes a Story Worth Telling

“Pueblo is a positive, good environment, the community is connected and inviting, and I’d tell people to get out and explore and take advantage of everything it has to offer,” Gutierrez says. “There are family-owned businesses that have been here for generations. I love that I can’t go anywhere without running into someone I know.”

Pueblo is also a cultural hub in southern Colorado.

Its Creative Corridor is one of 26 designated Creative Districts statewide, with a First Friday Art Walk that’s been taking place for more than 20 years.

There are also ample opportunities to explore the area’s history at one of its many museums, experience the unique regional food, walk or boat the Riverwalk, shop at the city’s many boutiques and galleries and enjoy live entertainment.

Beaupre sums it up best: “It’s all I’ve hoped for and more.”