Residents put their money where it counts 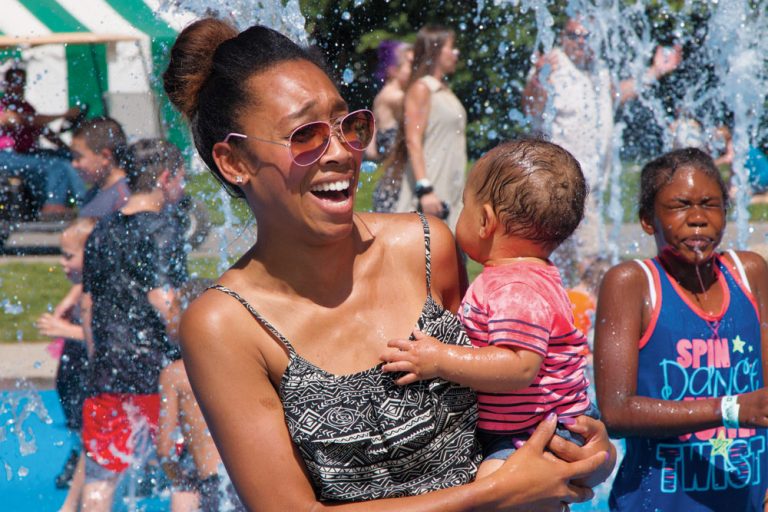 Pueblo / Courtesy of the City of Pueblo

Puebloans are uniquely proud of their community, and they demonstrate that pride by putting their money into making it an even better place to live and visit.

Since 1984, voters have agreed to a half-cent tax increase every five years to help fund economic development projects. And when surplus tax revenues could have been retained by the county, instead they were widely approved to be used for sweeping community projects such as the first phase of the Historic Arkansas Riverwalk, a new library, the first phase of the city’s convention center and the remodeling of Memorial Hall.

Now, thanks to $66 million approved by voters in Ballot Issue 1A in November 2016 and additional long-awaited RTA (Regional Tourism Act) funds, Pueblo will be abuzz with dozens of community improvements that range from park enhancements and road work to major building construction in the heart of downtown.

“When the county sees an influx of taxes it can only retain so much, and must refund the rest to voters unless voters agree to let the county retain it,” says Rod Slyhoff, president and CEO of the Greater Pueblo Chamber of Commerce, about the ballot initiative commonly called the 1A Community Improvement Program.

“We asked the voters if we could keep about $60 million to spend on a list of 20 improvement projects, and over 60% of them said ‘yeah, do that, don’t refund the money, we can use it to improve our community.’”

Find Out How Pueblo, CO’s Innovation is Reviving and Revitalizing the City

Puebloans’ longstanding support for this type of community improvement, Slyhoff says, comes from deep-seated pride in their city.

“But you have to be upfront, be honest, tell them what you are going to use the money for — and it has to be projects that make for a better community for themselves and their kids and grandkids.”

Refunded tax dollars for the programs will become available in 2021, but more immediate bond financing will allow projects to go forward much sooner.  Plans for the 20 projects are still in the planning and engineering stages for the most part, though some were scheduled to be shovel-ready in 2017 and others in 2018.

Projects range from the very ambitious, such as building a rail link to an AMTRAK line near Pueblo, which would afford one-day rail access to Chicago. Other major initiatives include a Youth Sports Complex to be built downtown and an extension of the Arkansas River Trail.  Still others are smaller and more easily accomplished, such as improvements to parks.

“All the projects we’ve done previously have made Pueblo a great place to live and raise a family,” Slyhoff says. “And the bunch we just approved in November will have a huge impact on our community. From small things to major projects, there’s a little something there for everybody.”

Adding to the excitement, $35 million from sales taxes collected in Pueblo and refunded through the RTA will be available for several major projects. Among them are construction that will double the size of the convention center, major downtown commercial development, expansion of the Riverwalk, the creation of an IMG training center for world-class athletes and a Professional Bull Riders training facility.

Pueblo, CO May Have the Best State Fairgrounds – A Real Treasure

“Pueblo will have the second-largest convention center in the state, so there will be space for much larger conferences and more activities,” says county commissioner Sal Pace. “And the Professional Bull Riders headquarters and training facility are a [boost] for Pueblo. Bull riding is one of the fastest-growing sports in the world. In fact, every time they have gone head to head on TV with the NHL, they have higher ratings than hockey.”

Work on the convention center project has already begun, with a completion planned for the end of 2018. While downtown development will undoubtedly spur tourism, Pace says the impact will be larger as downtown becomes a destination, booming with restaurants, bars, shops and other establishments people want.

“It’s a unified commitment here in Pueblo to focus on making our community a better community,” Pace says. “We recognize that if we want to be the great destination that we believe we can be, we have to invest in ourselves and our downtown and make our community a place that is wonderful and desirable to visit.”