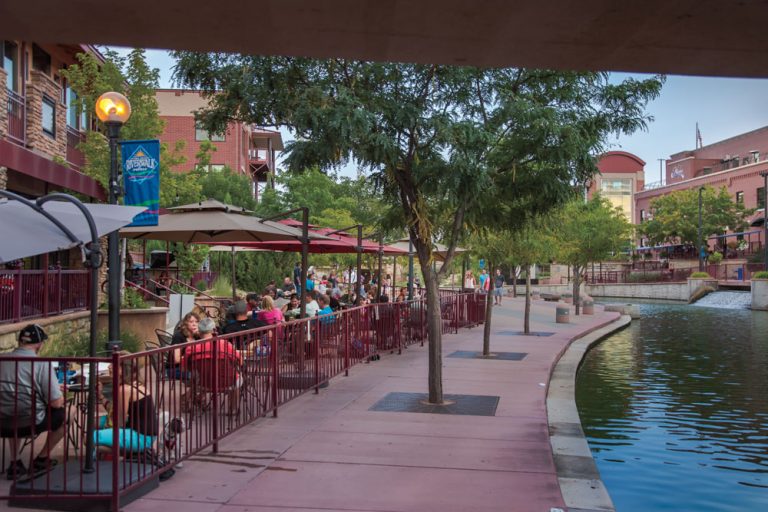 Pueblo is looking to proceed with speed – eventually – on several infrastructure projects that are part of the city’s 1A Community Improvement Program.

In November 2016, voters approved a tax revenue initiative with money eventually going toward 20 improvement projects that will occur throughout Pueblo County over the next 15 years. The tax money will be collected beginning in 2022 from Black Hills Energy, Vestas (wind towers) and Grupos Cementos de Chihuahua of America Inc., which were all given tax incentives that expire at the end of 2021. Beginning in 2022, tax money raised from those companies for the 20 projects will total an estimated $66 million or run until 2032, whichever happens first.

The 1A Community Improvement Program will not raise taxes on voters or grow government.

Community Support in Pueblo, CO – The Voters Do it Right

Many of the projects are related to road infrastructure, with some of the bigger initiatives such as $3 million to widen McCulloch Blvd., $3 million to extend Joe Martinez Blvd., $1.4 million to reconstruct Platteville Blvd., and $5.5 million for St. Charles Mesa road improvements.

“St. Charles Mesa is a growing agricultural area with several residents, and this rural community has needed road improvements for a decade,” says Sean A. Tapia, Pueblo County facilities director who was instrumental in coordinating a group of professionals that organized and drafted the 1A initiative. “They even need little things like curbs and gutters and asphalt on dirt roads, things that most people take for granted. But in a rural community, you might have to accept and live with the poor infrastructure.”

Tapia says the $5.5 million will go toward upgrading seven separate roads in the Mesa.

“It will allow people to get safely to schools, get to highways and so forth,” he says. “It’s a big deal for that community and will energize the residents. St. Charles Mesa can finally be brought up to the standard of the remainder of Pueblo County.”

Tapia says Pueblo County already has good “big” infrastructure in place, with a highway system that includes the north-south Interstate 25 and the east-west U.S. Route 50. Another existing asset, Pueblo Memorial Airport, will experience infrastructure improvements as part of the 1A initiative.

How Pueblo, CO’s Innovation is Reviving and Revitalizing the City

Progress Will Be Seen

“Instead of having tax dollars absorbed into government and swallowed up like they often are, the 1A project is a very tangible way for citizens to actually see improvements throughout our community,” Tapia says. “Many of the 20 projects have been proposed for the last 10 years, but funding hasn’t been there. Now the funding will happen.”

Tapia says Pueblo County has already budgeted $400,000 to study the 20 projects and start work on some, and that $400,000 will be returned to the county once the $66 million taxation program comes on line in 2022. About $45,000 of the $400,000 is being paid to Grant Bennett, founder of Denver consulting firm Proximity Green, who has planned the financial strategy for funding all the projects.

“I’m hoping that the county commissioners might consider beginning to fund some of the projects much earlier than the scheduled start year of 2022, knowing that the county will get all the money back,” Tapia says. “It sure would be nice getting a kick-start on some of these projects. The 1A Community Improvement Program is going to bring a lot of excitement, especially since citizens will witness all the projects taking place,” he says. The program even includes money to improve safety routes to schools in Pueblo West, which is vital. The 1A will not only enhance our quality of life, but it is designed to increase economic development and bring in more tourists, too.”

Residents can keep up with the 1A project via 1A Projects.