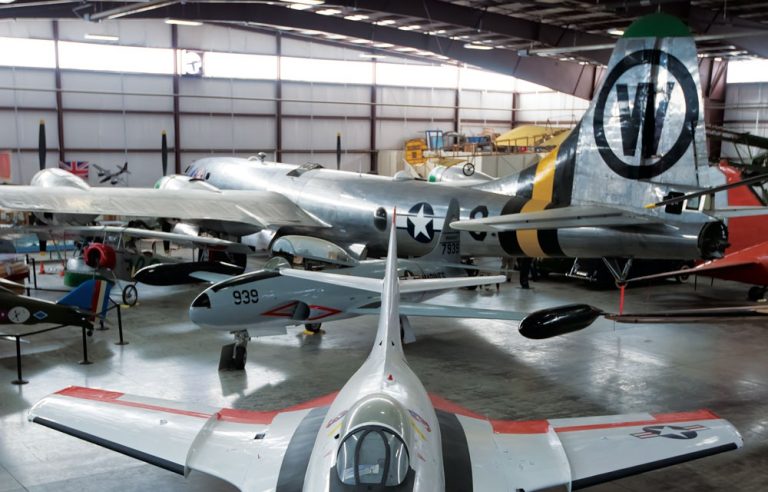 History buffs and the generally curious, rejoice. There are excellent opportunities in Pueblo for people to explore the community’s fascinating, dimensional past through its many museums.

“We have a rich and diverse history and culture, and Pueblo has always been a melting pot community,” says Donielle Gonzales, Greater Pueblo Chamber of Commerce tourism director. “Long ago, iron workers at our steel mills brought in people of Slovenian, Italian and German descent, and today there is a large Hispanic influence at several companies throughout Pueblo. As a result, the city has many historical assets that are great for residents and tourists to see.”

Some of the interesting venues are the El Pueblo History Museum, Pueblo Railway Museum, Colorado Mental Health Institute at Pueblo Museum and the Hose Company No. 3 Fire Museum. Also open to the public are destinations such as the Pueblo Medal of Honor Memorial, Veterans’ Bridge and Center for American Values.

InfoZone News Museum is housed in the Pueblo City-County Library and focuses on journalism, the First Amendment, historic news and current events that affect our world. Attractions include a 100-seat movie theater, touch-screen computer kiosks and Hoagie the animatronic newsboy.

Meanwhile, Rosemont Museum is a 37-room mansion built in 1893 as home to John A. and Margaret Thatcher, and it remained a family residence for 75 years. Rosemont is open for tours with nearly all furnishings, accessories, decorative arts, paintings, custom paneling, wall and window treatments original to the mansion.

Pueblo Weisbrod Aircraft Museum pays tribute to the planes, jets and helicopters that aided our country during World War II, with an emphasis on the Pueblo Army Air Base. The public can tour the museum and witness 25 vintage aircraft manufactured by famous companies such as Bell, Boeing, Grumman, Lockheed, McDonnell Douglas and Sikorsky.

At Pueblo Heritage Museum (formerly Southeastern Colorado Heritage Museum), staffers point out that the building is the only facility in Pueblo that showcases all of the city’s history.

“Our slogan is, ‘Pueblo’s Story Starts Here,’ with interesting exhibits such as a variety of saddles because Pueblo was once the saddle-making capital of the world,” says Fran Reed, coordinator of the Pueblo Heritage Museum. “We also have a display that features Lucky, a large paper mache horse swept away in Pueblo’s historic 1921 flood and later found 15 miles east of here, stuck in the top of a cottonwood tree.”

The Heritage Museum also serves as the umbrella organization to 10 historic groups that stage their meetings, events and exhibits in the building.

“In addition, we are part of the Pueblo Creative Corridor and allow local artists to hang their artwork once a month at a First Friday reception,” Reed says. “We also have Legacy Trunks that volunteers take to schools for historic presentations to students on topics like cowboys, the 1921 flood and a Skirts & Stethoscopes exhibit that highlights Pueblo women doctors.”

Why Pueblo, CO’s State Fairgrounds is a True Treasure to Discover

The steel industry has long played an important part in Pueblo’s history and still does today, with Evraz Rocky Mountain Steel producing more than 1 million tons of steel products every year at its Pueblo plant.

“Pueblo’s steel history goes back to the 1880s when Colorado Fuel and Iron Company helped to build the American west, and CF&I is now Evraz today,” says Victoria Miller, curator of the Steelworks Center of the West Museum on Canal Street in Pueblo. “Our museum has more than 300 photos and 400 three-dimensional pieces related to when CF&I was in its heyday – when they had about 10,000 people on their payroll.”

Even the museum building is historic, once serving as the CF&I medical dispensary center.

“Our exhibits pay tribute to steel production, coal mining, the railroad industry, laborers and the overall impact of Colorado Fuel & Iron Company on our region,” Miller says. “We welcome about 6,500 visitors a year, and anyone who wants to know about how Pueblo first started to really prosper should stop in sometime and spend an hour or two.”