Charming neighborhoods and vibrant communities offer an assortment of fun things to do in the Pueblo area. 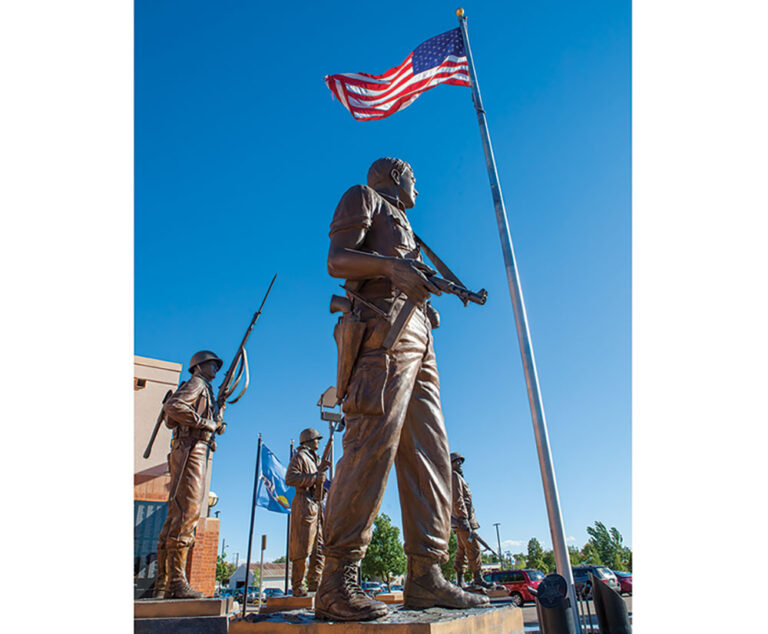 Pueblo is the economic hub of southeastern Colorado. Pueblo is also an international, multiracial and multicultural community located at the confluence of the Arkansas River and Fountain Creek. One of the largest steel-producing cities in the United States, Pueblo is sometimes referred to as the “Steel City.”

Pueblo is known as the “Home of Heroes” largely because the city is the hometown to four recipients of the Congressional Medal of Honor for military valor. They are William J. Crawford, Army, WWII; Carl L. Sitter, Marines, Korea; Raymond G. “Jerry” Murphy, Marines, Korea; and Drew D. Dix, Army, Vietnam. In September 2000, an outdoor memorial was unveiled downtown on Heroes Plaza at the Pueblo Convention Center with four life-size bronze statues representing the four Pueblo war heroes.

Eating one slopper sounds like a meal in itself, but 37.5 sloppers?! That’s exactly how many open-faced cheeseburgers smothered in green or red chile that Massachusetts resident Geoff Esper put away in just eight minutes at the 2020 annual World Slopper-Eating Championship. The contest, which takes place each September at the Colorado State Fair, is sponsored by Major League Eating, the same group behind the Nathan’s Hot Dog Eating Contest.

One of Pueblo’s most beautiful spots is Liberty Point, a public park that offers great views of the Pueblo Reservoir, Greenhorn Mountain and the Wet Mountains range. Liberty Point features an overlook that is the highest elevation in the city and showcases incredible sunsets that are ideal for photographers. Visitors can often see pronghorn antelope, eagles and hawks.

History is on Every Corner

A total of 26 buildings constructed from 1881-1964 are on two new Downtown Pueblo Historic Building Walking Tours. Tour No. 1 stretches from City Center Drive to Fourth Street and along Main Street and Santa Fe Avenue and includes landmarks like the Montgomery Ward Building and Tutt Block.

Tour No. 2 goes from Fourth Street to 10th Street and along Main Street and Santa Fe Avenue, highlighted by structures such as the Colorado Building and Historic Federal Building. Detailed tour brochures are available here.

Enjoy more than 35 art galleries, restaurants and businesses in Pueblo’s Creative Corridor during the free First Friday Art Walk held on the first Friday of every month from May to October. Many of the galleries provide art demonstrations, live music, and refreshments. Several participating establishments have free Explorer’s Guide maps that highlight numerous Creative Corridor activities throughout the year.

Arts Are Pouring Out of Pueblo