Skip to content
Home > Washington > Where to Live Now > Why Washington, D.C. is a Great Place to Live

Why Washington, D.C. is a Great Place to Live

Discover why the Washington, D.C., area is one of America's best places to live. 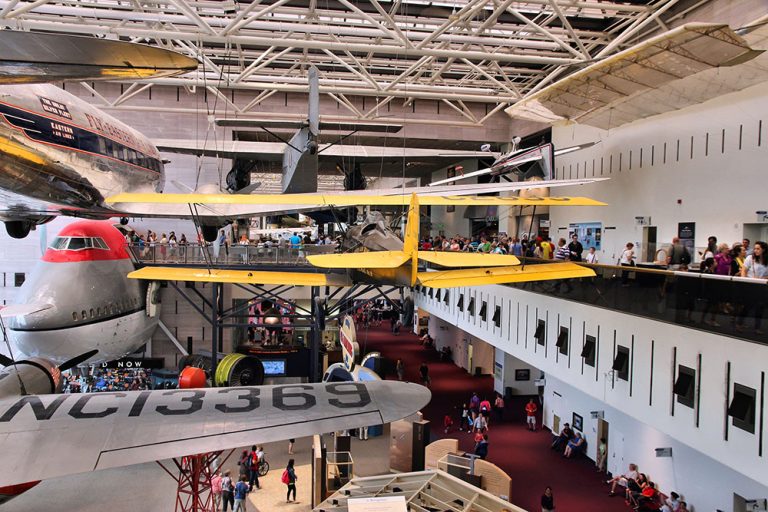 If you’re looking to move to a place with influence, start with our nation’s capital, Washington, D.C. The city and its suburbs make up a dynamic region populated by highly educated, high-income earners and diverse cultural backgrounds, and much of what they do has a ripple effect throughout the country. Here are seven more reasons to move to the Washington, D.C. area:

The region commonly referred to the D.C. Metro area is made up of the District of Columbia and surrounding suburbs on both sides of the Potomac River. To the south, in Virginia, is Reston, one of the first planned communities in the U.S. and now has several prominent IT companies located there. Along the Potomac River, you’ll find artful and historic Alexandria, home of our first president, George Washington. In Maryland, there’s family-friendly Rockville, with its lively Town Square, free concerts, seasonal ice rink and many culinary options. The combination of many high-quality job opportunities, excellent schools and a stable housing market attracts people from all over the world.

While federal government and contract workers make up the majority of the workforce here, there are growing opportunities in the technology and cyber security fields located just south of D.C. in northern Virginia, a region known as “Silicon Valley East.â€ Tech giants like Oracle, Microstrategy and Microsoft all have major operations there.

To the north in Maryland, the “270 Tech Corridorâ€ – a 30-mile stretch between Rockville and Frederick – is one of the hottest regions for biotechnology. MedImmune and Human Genome Sciences Inc. are just two of the biotech leaders headquartered there. In addition, the University of Maryland and Johns Hopkins University have each partnered with the State of Maryland to open two science and technology parks dedicated to even more life science and technology research and development.

The Maryland and Virginia public schools systems earn top grades in Education Week‘s Quality Counts. For five years running, Maryland has a received a B+, the highest grade awarded any public school system. Virginia ranked fourth with a B. In 2013, U.S. News and World Report ranked four D.C. area universities among the top 100 in the country: Georgetown University; George Washington University; University of Maryland, College Park; and American University.

You could spend weeks on end exploring our many museums in and around the city, such as the National Museum of American History or the Steven F. Udvar-Hazy Center in nearby Chantilly, where you can get up close and personal with a Stealth Bomber or the space shuttle Discovery. A favorite is the National Geographic headquarters and museum in downtown D.C., which offers exhibits, films and lecture programs allowing you to spend an evening with the brave “Nat Geoâ€ explorers who have scaled the highest peaks, plumbed the deepest oceans and braved the densest rainforests. Don’t miss the awesome gift shop.

The premier place in D.C. for fine arts, the John F. Kennedy Center for the Performing Arts, overlooks the Potomac River and stands next to the infamous Watergate Hotel. The center is home to the National Symphony Orchestra, the Washington National Opera and the Suzanne Farrell Ballet.

9 Reasons to Move to Washington, D.C.

If you prefer jazz, head to Georgetown’s Blues Alley, an intimate supper club, which is the longest-running establishment of its kind in the country. For rocking out, it’s hard to beat the 9:30 Club, which has drawn live music fans to hear local and international artists for more than 30 years. Rolling Stone named it “The Best Big Room in America.”

Get an unobstructed view of the city and surrounding area by grabbing a bike at one of Capital Bike Share’s 300 locations, where rentals are available just for a few hours or up to a year. D.C. has dedicated bike lanes, and the region has several major bike paths including the historic Chesapeake & Ohio Canal that runs 219 miles from Georgetown to Cumberland. One of the area’s hidden jewels is a mere 2.2 miles from the Capitol – the 446-acre US National Arboretum, which has seasonal gardens and one of the largest collection of bonsai trees in North America.

Maryland is known for its blue crabs from the Chesapeake Bay, and what goes great with crabs? Beer! Microbreweries are popping up all over the region. Many breweries host tastings, offer classes on home brewing and competitions. But if you prefer a sip of the grape, head south to the Virginia wine country. The region has more than 200 wineries, many just over an hour’s drive from the city.

If you want a taste of history, check out The Occidental Grill. This Washington institution has been the meeting place of the political power brokers since 1906. But the celebrities eat at Ben’s Chili Bowl. Ben’s has been serving up chili dogs and fries to such famous names as Chris Rock, Bono and President Obama for over 50 years.