Skip to content
Home > Experiences & Adventures > The 10 Best Things to Do in Greeley, CO

The 10 Best Things to Do in Greeley, CO

Check out these 10 can't-miss attractions and destinations in Greeley. 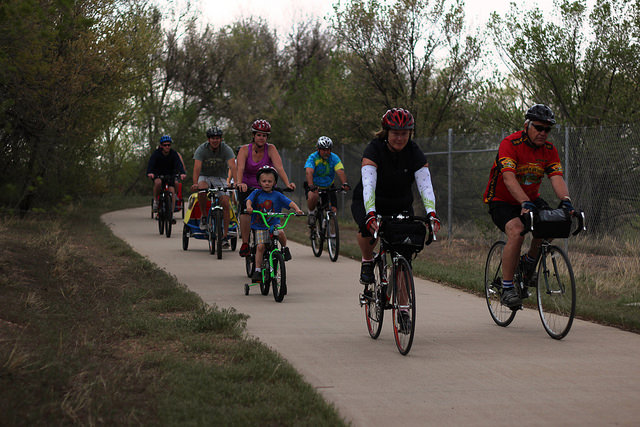 Although it was tough, we’ve whittled down Greeley’s expansive list of attractions to the top 10 best things to do in the area. Check out our selections:

1. Catch a movie at The Kress Cinema and Lounge

The Kress Cinema and Lounge shows a mixture of mainstream, classic, cult and alternative films in downtown Greeley’s historic Kress building. Be sure to bring your appetite – the theater has a full kitchen and bar, and customers can enjoy salads, sandwiches, flatbreads and desserts, plus cocktails, beer and wine while watching a movie.

2. Go to the Greeley Stampede

The Greeley Stampede celebrates the area’s rich heritage with rodeo competitions, live music from top country artists, daily parades, a demolition derby, Independence Day fireworks and an art show. Beginning in late June and wrapping up in early July, the Greeley Stampede also hosts the Miss Colorado Rodeo Pageant as well as a carnival with thrill rides and midway games.

Named Greeley’s No. 1 attraction by TripAdvisor users, the Colorado Model Railroad Museum at the Greeley Freight Station has more than 600 railroad-related artifacts and a 5,500-square-foot operation model railroad.

4. Get some exercise on the Poudre River Trail

Go walking, jogging, cycling or rollerblading on the 21-mile Poudre River Trail that stretches from Greeley’s Island Grove Regional Park to Colorado Highway 392 in Windsor. The wide, paved trail runs alongside the Cache la Poudre River, and it’s a favorite outdoor destination for Greeley residents of all ages.

Sip on a craft cocktail while enjoying dinner at 1908 Speakeasy in downtown Greeley. Billing itself as “Greeley’s best-kept secret,” the restaurant and bar serves both tried-and-true drinks and creative concoctions like “Civil Disobedience,” which includes white rum, rye whiskey, brandy, fresh lemon juice and pomegranate grenadine.

6. Attend a concert at the Moxi Theater

Booking musicians from all genres, downtown Greeley’s Moxi Theater is a small venue with big appeal. In addition to popular artists like Eve 6 and Howie Day, the theater hosts comedy acts, book signings and other events, and it has a full kitchen and bar.

7. Make a splash at Greeley’s water parks and pools

8. Grab a beer at a local brewery

Savor a cold one at one of Greeley’s five craft breweries. The city is home to Crabtree Brewing Co., Brix Taphouse and Brewery, Wiley Roots Brewing Co., WeldWorks Brewing Co. and Broken Plow Brewery, each serving up delicious and unique creations.

9. See a show at the Union Colony Civic Center

Watch talented performers take the stage during Broadway musicals, comedy shows and concerts at the Union Colony Civic Center. The venue comprises the 1,686-seat Monfort Concert Hall and the 214-seat Hensel Phelps Theatre, and it hosts more than 100 performances each year.

10. Take a daytrip to the Pawnee National Grassland

Venture just outside of Greeley to the Pawnee National Grassland, located in the nearby town of Grover. The 193,000-acre grassland is a popular place for birding as it has over 300 bird species, and it’s also a favorite destination for hiking, horseback riding, hunting and fishing.