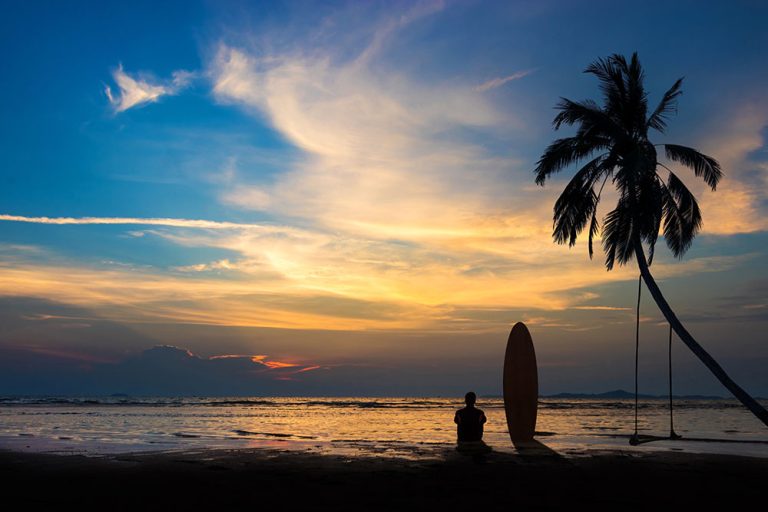 Hawaii is often regarded as one of the most beautiful places in the U.S., and for good reason. The state is home to six major islands – Kauai, Oahu, Molokai, Lanai, Maui and Hawaii – each offering its own set of breathtaking views, pristine beaches and exciting outdoor adventures. Although the good life comes at a higher price than you’re likely to pay in most other states (for example, it’s estimated that things cost about 30 percent more in Hawaii than they do on the mainland), there are plenty of affordable places to put down roots in The Aloha State.

Interested? Below you’ll find the five most affordable cities in Hawaii, but please keep in mind: These cities aren’t necessarily just the cheapest places in the state. Instead, we looked at the average cost of living, as well as key components such as transportation, housing, dining options and utilities. From this, we looked for cities that offered a nice balance between affordability and quality of life. Check ’em out:

Although Kaneohe‘s median home value of $627,500 is higher than the state average, its median household income – $81,907 – is well above the national average, making it an affordable option for many people. With that in mind, it’s easy to see why Kaneohe scored the No. 1 spot on our list.

There’s more to this Oahu town than its affordability, though, such as the 400-acre Hoomaluhia Botanical Gardens that feature botanical collections from Malaysia, Polynesia and Africa. Kaneohe Bay, a 7,500-acre inlet, is another popular spot, and is the only bay in Hawaii with a barrier reef.

Golfers, you’ll definitely want to consider moving to Kaneohe. The 7,310-yard, 18-hole course at Kaneohe’s Ko’olau Golf Club is rumored to be one of the most challenging courses in the U.S., as well as one of the most beautiful. Residents have quick access to Kaneohe Klipper Golf Course, Pali Golf Course and Royal Hawaiian Golf Club, too.

Known as Maui’s retail center or commercial hub, Kahului is the island’s largest community, where nearly a third of its population lives.

In addition to excellent shopping destinations, like the Queen Ka’ahumanu Center, Kahului lays claim to the Maui Arts & Cultural Center which hosts more than 1,800 events and performances each year. The city also includes Kanaha Beach Park, where windsurfers and kiteboarders are often spotted, and Kanaha Pond State Wildlife Sanctuary, which is home to two endangered Hawaiian species (the ‘alae, or Hawaiian coot, and the ae’o, or Hawaii stilt). Maui Nui Botanical Gardens is another must-see Kahului destination, especially for those who appreciate native Hawaiian plants.

Kailua, situated on Oahu’s windward coast, is a favorite destination for locals and tourists alike due in large part to Kailua Beach Park. It just doesn’t get much better than soft, white sand and turquoise water as far as the eye can see, you know?

The small community, home to approximately 39,353 people, also features unique boutiques and restaurants, and it’s just a 30-minute drive from Honolulu and Waikiki. Kailua residents have easy access to the Honolulu Watershed Forest Reserve, a tropical forest with hiking trails and gorgeous views.

Fortunately, living in Kailua is realistic for many people. The town’s median household income is $104,911 – significantly higher than the national average – while its median home price is $813,600.

At $565,000, the median home value in Honolulu is higher than the state average, but because its median household income ($60,548) is also fairly high, living and working in the city is a feasible option for most people.

Located on Oahu, the popular vacation spot, which made our list of the 100 Best Places to Live, is Hawaii’s capital city. It’s home to many of the state’s most historic attractions (like Iolani Palace, where the Hawaiian Kingdom’s last two monarchs lived from 1882 to 1893, and the only official state residence of royalty in the country).

Honolulu has a must-visit downtown, with nightlife spots, live music venues and a Chinatown arts district that’s known for its underground bars.

Those looking for fun events also will find plenty to enjoy in Honolulu. The city hosts the Hawai’i Food & Wine Festival each year, as well as the annual Honolulu Festival, which promotes cultural harmony.

Known as the gateway to Hawaii Volcanoes National Park, which includes one of the most active volcanoes in the world, Hilo is located on Hawaii Island. The vibrant city’s thriving downtown area is packed with shops, museums, art galleries and eateries, and Hilo is famous for hosting the weeklong Merrie Monarch Hula Festival each year.

For a Hawaiian Foodie Adventure, Head to Hilo

If you love to eat, this Hawaiian city is a must-visit.

Hilo’s many advantages come at an affordable price; the median home value is $301,300 (lower than the state average), and the median household income is $52,563.