Skip to content
Home > IA > Des Moines > Where to Live Now > Heartland Hotspot: Why Millennials Are Flocking to Des Moines

Young people are falling in love with Des Moines. Once you see why, you might want to join them. 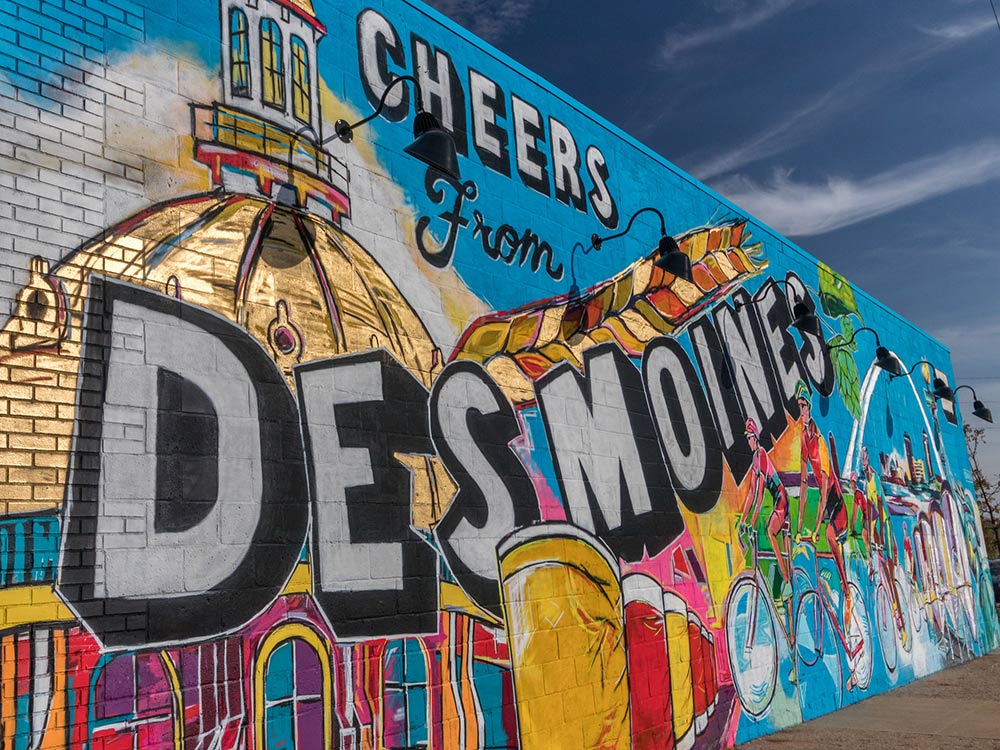 Des Moines / Courtesy of Michael Leland under a CC 2.0 license.

Iowa’s capital city has been undergoing a quiet renaissance. After a decade of concerted efforts to revitalize its historic downtown, build new housing, attract a younger workforce, and enhance its dining, arts and music scenes, it’s fair to say Des Moines is now one of the most exciting — and underrated — cities in America.

That’s right: Des Moines is now cool, even if most of the country doesn’t know it or won’t believe it. But a visit to the city will prove that it has a new energy, from packed concerts at the Des Moines Social Club, bustling restaurants curated by up-and-coming chefs, or a slew of trendy new bars and coffee shops. The city has built new momentum from the ground-up, with collaborations among public officials, corporations, investors, and entrepreneurs, with the deliberate aim to attract millennials.

So why exactly are millennials choosing the capital of the Hawkeye State over other Midwest darlings such as Chicago, Minneapolis or Kansas City? Let’s break it down:

1. To grow their careers.

The job market is booming in Des Moines, in large part due to legacy industries such as financial services and agribusiness, but the tech and start-up landscape is growing. In fact, Forbes ranked Des Moines as the fifth best city in the country for business and careers, and it’s expected to be one of the top 10 cities for tech hiring in 2018.

Statistics aside, Des Moines has the benefit of being able to offer young people a better chance to find meaningful mentors and take on leadership positions in the community, whereas those opportunities can be more competitive in larger cities. Also, given its affordability, entrepreneurs see it as a place they can actually afford to take a risk and open their own business.

These Are the Best Cities in America for Entrepreneurs

A good job market paired with a relatively low cost of living — 10 percent lower than the national average— makes your dollar go further in Des Moines. The same is true for housing options: renters have found increasing numbers of modern units in both brand new and converted historic buildings downtown, which allows them to live close to work and avoid the quieter suburbs.

The Complicated Love Story Between Mayors and Millennials

However, there’s also a large crop of older millennials looking to buy a home, which is a realistic goal there. In fact, Des Moines is one of the top three housing markets for this age bracket in the country, only behind Pittsburgh and DC.

For a state so invested in agriculture, Iowa hasn’t traditionally been at the forefront of innovative cuisine. But the past decade has brought a new wave of restaurants to Des Moines, often dreamed up by young chefs who may have cooked elsewhere for several years before returning home to open their own businesses.

Locals love casual, quirky spots like Tacopocalypse, Zombie Burger, and Fong’s Pizza (famous for its crab rangoon pizza). More polished establishments like Django, a french brasserie-style restaurant, Bubba, which serves up southern comfort foods, and Centro, an Italian-style eatery, have all won rave reviews. Options for post-dinner drinks have also been growing, stand-outs include Hello, Marjorie, a bar started by a pair of late 20-somethings that offers crafted, classic cocktails, and the Iowa Tap Room, which serves a wide selection of local brews under one roof.

Roughly a decade ago, former Brooklynite Zack Mannheimer left New York for Des Moines after he fell for the city during a cross-country road trip. Together with a group of investors, he successfully put the Des Moines music scene on the map with the creation of the Des Moines Social Club, located in an old firehouse downtown. The city also hosts the popular, multi-day music festival, 80/35, in July.

Aside from music, the city also has an affinity for art, evidenced by its annual summer arts festival, a large collection of works at the Iowa Arts Center, the picturesque John and Mary Pappajohn Sculpture Park, and the fact that 150 public pieces of artwork exist just within three miles of downtown alone.

5. To feel a sense of community.

Des Moines is often called a “big small town,” and that description seems to fit. Residents feel invested in the community and have a strong commitment to helping it succeed, which can be hard to find in larger cities.

A Gallup poll in 2014 showed that out of the 100 most populous U.S. metropolitan areas surveyed in 2014, residents of Des Moines were the most likely to say they are proud of their community. That, in the end, seems to sum up the big-picture draw of this Heartland gem: a place with big city features and a small town heart.