When you move to a new city and don't know anyone, you need help making connections. You need to find likeminded people and fun things to do. You need ... a wingman. 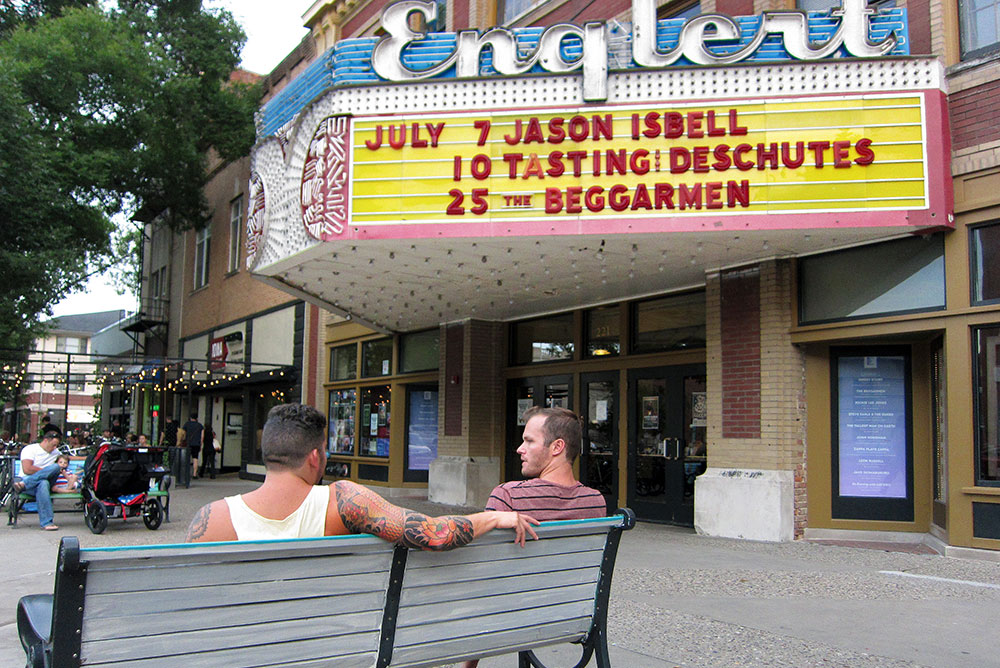 When Don and Gina Martin moved to Iowa City from Chicago last year, they didn’t know anyone in their new community.

While Gina met people in her graduate program right away, Don still needed to find a job and get connected with other Iowans.

What Don needed was someone who knew the community inside and out and could introduce him to likeminded folks; a local connector to jumpstart his networking efforts, both professionally and socially.

What Don needed was a wingman.

Luckily, the Iowa City/Cedar Rapids region was ready to provide. Thanks to their innovative â€wingmanâ€ program, Don Martin got paired up with Iowa City resident Leighton Smith, who put them in touch with a local realtor, helped them find a church and shared information about how to join local sports teams. Later, because of his connection to Smith, Don Martin landed a full-time job at a local software company. 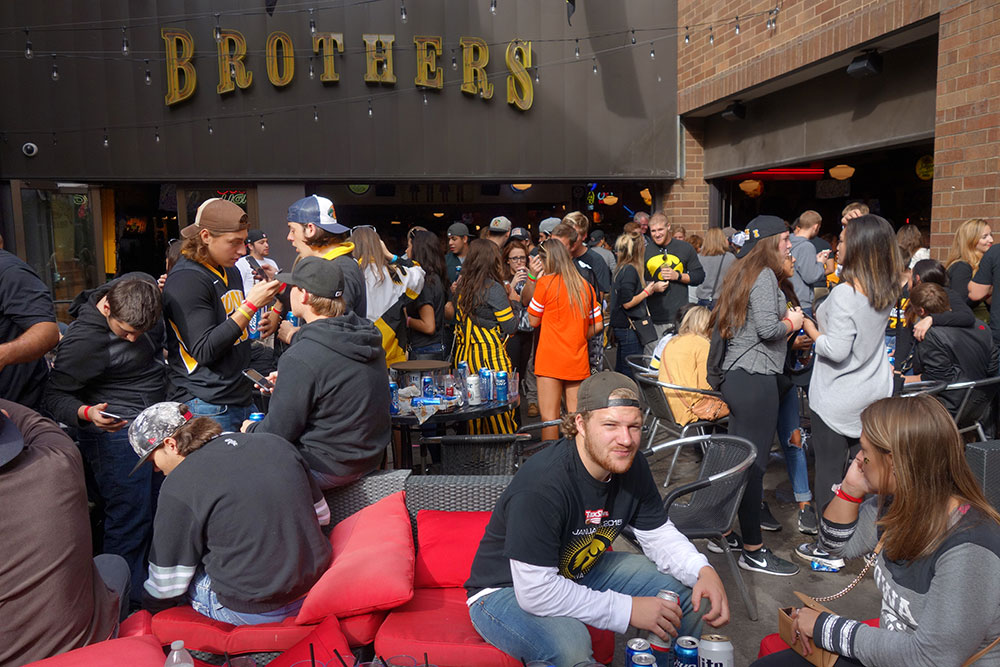 The Martins now feel so comfortable in Iowa City that they’ve decided to buy a house and start a family there. They’re putting down roots, in part because of the immediate connections they made through their wingman.

“Moving to Iowa City, it’s a community of people who want to stay here and live here and raise their family, but they also have that motivation you find in bigger cities,â€ Don says. “I want to be in a place where it’s still growing, but yet people seem to care about you.”

“We have really low unemployment – it’s hovering right around 2.9 percent – so we do need more people,â€ says Kate Moreland, vice president of the Iowa City Area Development Group and director of career development for ICR Iowa, a regional development organization for Iowa City and Cedar Rapids. “One of our workforce strategies is to attract more talent to the area, but retention is also part of that strategy. If you’re looking to move here or you just moved here, we want to make sure you feel welcome and connected.”

After brainstorming with local employers and area residents, they decided to create a semi-formal group of people who could welcome new residents to the area and serve as a starting point for finding meaningful friends, hobbies and causes. These so-called “superconnectorsâ€ were already doing this organically, but the program helped give structure to their work, Moreland says. 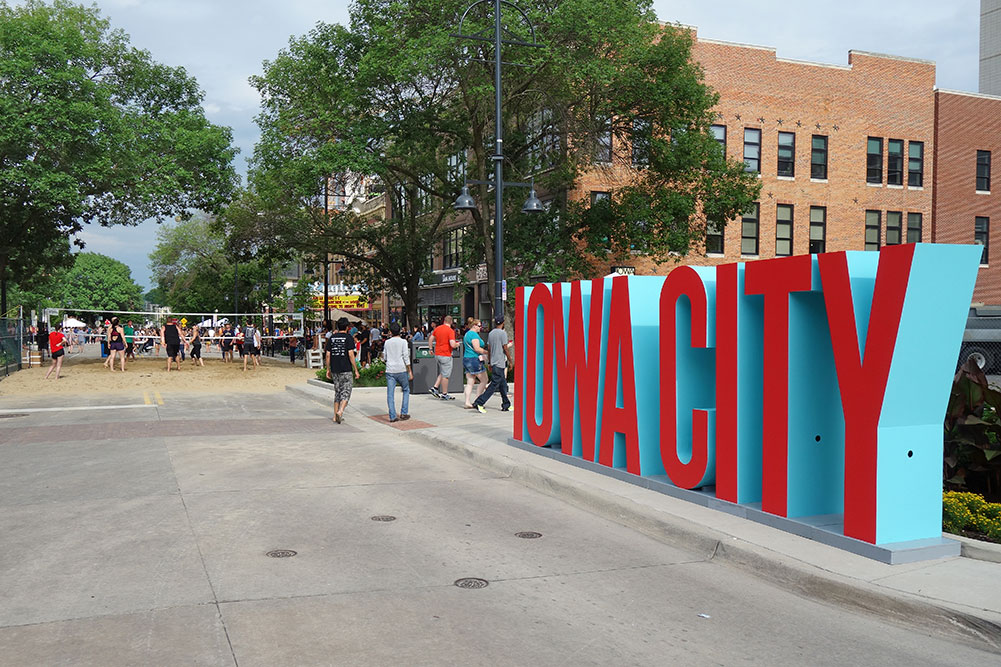 To retain top talent, the region’s leaders knew they had to help newcomers find their tribe – or, at the very least, give them a head start on finding one.

“We realized that there’s just a general need when someone is newer to an area to create an early connection,â€ Moreland said. “You have about six months before, if people aren’t connected and feel like they’re part of the community, they tend to leave.”

Approximately 50 wingmen have gone through some level of training or coaching – aptly named “flight schoolâ€ – in how to make new residents feel at home. After training, each wingman writes up a bio, which gets posted on the program’s website, much like a dating service.

When a person moves to the area, they can scour the various profiles to find someone with shared interests or a similar background. When a new resident finds someone they’d like to connect with, they can click on the wingman’s profile to send an introductory email.

From there, the relationship unfolds however the two people decide – it can be as casual or as serious as they like. Some pairs become close friends, while others benefit from simply meeting once and being connected on LinkedIn.

If possible, the wingman is expected to meet the new resident in person, invite them to a few events and connect them to at least three additional people in the area, Moreland says.

“We know this might not fit everyone’s personality, but we want it to be a resource for those who are looking for that early connection and are either struggling or just moved here and are open to meeting new people,â€ Moreland says

As was the case for Don Martin, it’s often the spouses or partners of new residents who benefit most from the wingman program. Because the program is growing organically and is not overseen by any one organization, there’s no hard data on how many people have connected with a wingman, but Moreland estimates that number to be about 50.

To grow the wingman program even further, Moreland says she hopes the newly created ICR Iowa regional organization can put some marketing and outreach muscle behind it. She hopes to spread the word to more area employers, who can pass information about the program along to new employees during orientation.

Why You Should Call Iowa Home

So, looking for a new place to call home? You might consider Iowa City or Cedar Rapids, where you’ll find a friendly face waiting for you as soon as you arrive (plus tons of other perks).

“We’re big, small towns,â€ Moreland says of Iowa City and Cedar Rapids. “We have a lot of great arts and culture, we have great sports. But overall you can build a life here and there’s a lot of ease to it. A lot of places have great things to do but with traffic and other issues, you don’t necessarily take advantage of them. Everything’s accessible here.”