Discover the Best of All Worlds Here 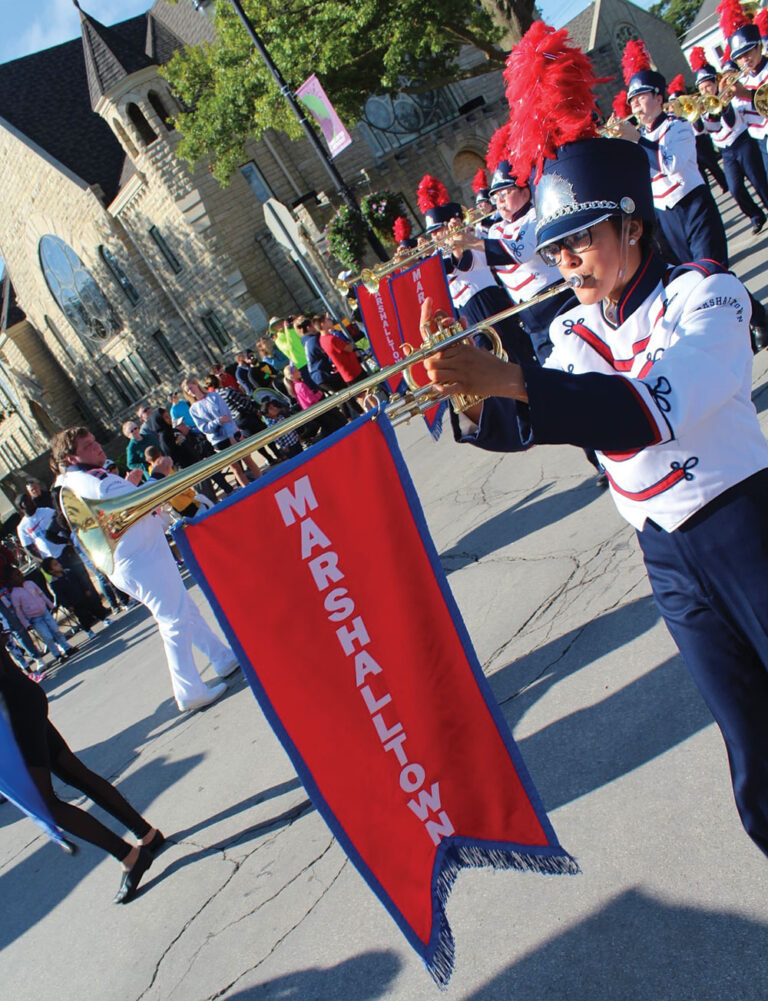 Located in the center of Iowa and with a population under 30,000, Marshalltown offers residents the best of small-town living. Thanks to its affordability, career opportunities, diversity, outdoor attractions, and arts and entertainment, the quality of life in the community is hard to beat.

“It’s got the small-town feel, but it’s still got all the amenities,” says Jason Ohlfest, who grew up in Marshalltown and returned to settle there after leaving to go to college and getting married.

“The cost of living is much lower than in bigger cities like Des Moines, and we’ve had a big shift recently to younger people moving back and having families and choosing to live here.”

You Can Afford to Live in Marshalltown

According to Best Places, Marshalltown’s cost of living comes in at 77% of the U.S. average.

When it comes to affordability, Marshalltown’s cost of living is even lower than the Iowa average. Its average home value in May 2022 was about $126,000, according to Zillow.

“Definitely a huge positive is the cost of living versus other areas – we were able to buy a house when we first moved back to town,” Ohlfest says. “There have been a number of new housing developments over the last few years that offer homes in the middle range, and the cost of living is very low compared to other places in surrounding towns.”

Plenty of Job Opportunities in Marshalltown

Marshalltown also has a plethora of career opportunities. Whether you’re starting your career or taking it to the next level, you can do it here, where a host of big-name companies, including JBS, Emerson and RACOM, have major operations.

Wendy Soltero, who is the business manager at the YMCA-YWCA, loves not only the tight-knit community feel Marshalltown has, but the fact that there’s great ease of mobility.

“I love that in Marshalltown, there are such great opportunities. It’s really the best.”

Though the average commute time in Iowa is only about 20 minutes (already significantly lower than the national average), in Marshalltown it’s even lower at just 16 minutes. “Trust me, growing up in California, you appreciate living in a small town with no traffic,” she says.

Located in the center of the state and served by U.S. Highway 30, Marshalltown is less than an hour from Des Moines and about 1 hour and 15 minutes from Cedar Rapids.

Get Paid to Build a House in Marshalltown, IA

Prospective homeowners can receive a $10,000 incentive. Find out how.

In recent years, Marshalltown has proven the resilience of its community as it rebuilds after a devastating tornado in 2018 and a derecho in 2020 that caused widespread damage. However, the town is in full comeback mode following those events, with leaders across sectors engaging locals in the rebuilding process.

“There’s been a movement toward beautifying certain areas of town that hadn’t seen much attention in a while, cleaning things up has had some real positive impact,” Ohlfest says.

“There’s been some reinvestment in new businesses, a new park with a grandstand for concerts, new restaurants – there’s been a citywide effort to improve that area. It’s centrally located but it’s also where the tornado went through and did the most damage. There’s still a lot of work to do, but it’s come a long way in a few years.”

Over the past 20 years, Marshalltown’s agricultural roots have brought an influx of ethnically diverse residents to the area. The local Hispanic community makes up more than 30% of the population and roughly 50% of the students in Marshalltown schools are Hispanic, while another 10% are Southeast Asian origin. More than 30 languages are spoken in the schools.

The large Hispanic and Asian communities have also created a collection of ethnically diverse businesses.

“When I moved here 19 years ago, it was not diverse at all and even though it hasn’t been easy, we have had a real transformation here with different groups of ethnicities moving here,” Soltero says. “One of the things that I always brag about is how great the collaboration is among different organizations here. That’s something you don’t see everywhere.”

From biking and hiking to swimming and fishing, you’ll get your fill of fun here.

Marshalltown offers the full spectrum of outdoor options, including a wealth of standout trails, over 20 parks and rec centers, hundreds of acres of parkland, and ready access to the Iowa River and all manner of water sports. It’s also got a well-rounded cultural scene with performing arts, concerts, festivals and diverse dining options.

Soltero is passionate about diversity and education, which has fueled her involvement in many community initiatives like the Cultural Fiesta, a celebration of Mexican culture.

“Having events that are diverse and where different groups can participate together and learn from each other and enjoy something really improves the quality of life and the experience of people in our town,” Soltero says. “We’re so lucky to be able to learn about other countries and experiences without even leaving our hometown. That’s very important.”