Skip to content
Home > IN > Indianapolis > Where to Live Now > Life at the Speed of Indy: A Choose Your Own Adventure Story

Life at the Speed of Indy: A Choose Your Own Adventure Story

Whether you want to enjoy the excitement of downtown living or the more relaxed pace of the suburbs, Indy has a neighborhood that's just your speed. 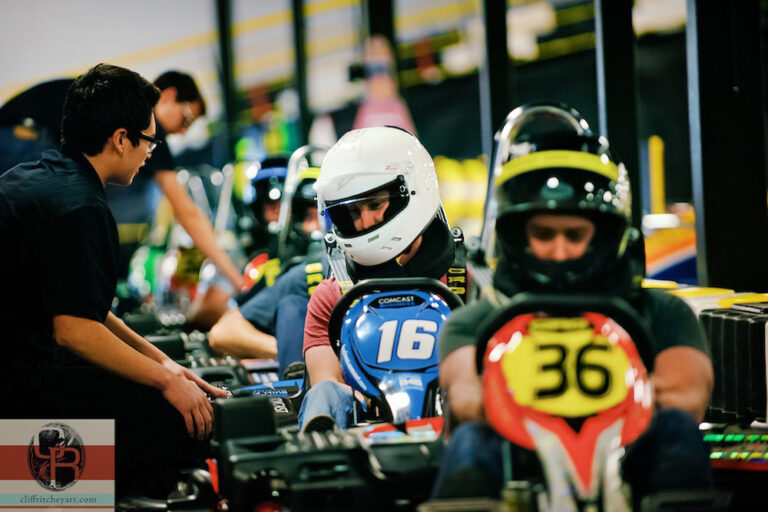 You really can have it all in Indy.

Indianapolis, Indiana, is a friendly Midwestern city with a small-town feel that offers its residents all the perks of living in a big city without any of the tradeoffs like soaring home prices and hours of traffic.

And, when it comes to deciding where to live in Indianapolis, you’ll have plenty of options. Whether you’re a young professional seeking a fast-paced life in a walkable downtown or a family looking for a little more space to roam in one of Indy’s picturesque suburban neighborhoods — or maybe a little bit of both — this city has you covered.

Susanna Taft, deputy director of Indianapolis Economic Development, believes there is something for everyone in Indy.

“The city’s affordability and spirit of collaboration makes it a great place to test business ideas, try new experiences and take a chance on yourself. It’s easy to get connected, build friendships and really make an impact here,” said Taft.

Read on for a glimpse at a few of the lifestyles Indianapolis offers and why you can’t go wrong any way you choose to live in the city.

So You Want To Live in the Suburbs…

Raising a family or just want some more room to move around? Perhaps you want to plant a garden or crave that idyllic white picket fence. For those looking to purchase a home, you’re in luck! Indianapolis has some of the most affordable real estate in the country compared to other similarly sized cities, according to SmartAsset. Access to nature is a plus for many in the suburbs, and places like the Ritchey Woods Nature Preserve, Fort Harrison State Park and Southwestway Park definitely tick that box. Safety is also a top draw for families, and several Indianapolis suburbs rank as some of the safest cities in America.

Indianapolis suburban neighborhoods are some of the top-rated in the country. Carmel, just north of downtown Indianapolis, and Fishers, slightly east of Carmel, both landed on Livability’s Top 100 Best Places To Live in the U.S. for 2022.

“Noblesville has a small-town feel, but it has so much going for it, and you can get to so many things very easily,” resident Katresha Taylor said.

Taylor doesn’t feel like she is missing out on the hustle and bustle of downtown by living in the Indy suburbs.

“The suburbs always have that cute little downtown square that still has that feeling of being in a smaller town, but you have so many opportunities as well. There’s plenty of shopping and local restaurants, fantastic antique shops and coffee shops, but then you can go to a park and go kayaking. It really does combine the best of both worlds,” she said.

With extremely low crime rates, excellent schools and a wide array of entertainment and dining options as well as parks and green spaces galore, living in the Indianapolis suburbs is a dream.

So You Want To Live in the Heart of Downtown…

If living in a vibrant, bustling downtown appeals to you, but you don’t want to pay a fortune on rent or sacrifice safety and walkability, Indy also has you covered.

In 2017, Forbes dubbed Indy as “America’s Best City For Renters because of the city’s sheer affordability when it comes to housing costs. The average rent for a one-bedroom apartment in Indy comes in at $1,055, while similar cities like Atlanta and Dallas will cost you $1,812 and $1,474 a month, respectively.

While affordability is a huge draw, many young professionals are also choosing to call downtown Indy home because of the ease of getting around downtown and lack of congested roadways. Indy’s downtown is unique in that it is almost completely walkable.

It’s also America’s most underrated biking city, and its bus rapid transit system (BRT) is only continuing to grow. “As the city adds new BRT lines over the next few years, the full network of bus lines will make using public transit a breeze — I personally can’t wait for the Blue Line, which will connect to the airport,” said Taft. It’s safe to say you can ditch your car and don’t have to worry about finding parking.

Even with downtown’s affordability and ease of getting around, residents don’t have to sacrifice any amenities that similar big cities provide. Downtown is teeming with parks, major attractions and entertainment, sports venues, history and award-winning restaurants. Downtown boasts the nation’s largest children’s museum, the nation’s only urban state park and one of the nation’s top-rated zoos. It’s also one of the best sports cities in the world as the home of the Indianapolis Colts, the Pacers, the NCAA headquarters, and of course, the Indy 500.

There’s a neighborhood for everyone downtown. Mass Ave is a popular neighborhood, chock full of local boutiques, art galleries, restaurants and theaters. The Fountain Square Cultural District is Indy’s hippest neighborhood southeast of downtown featuring an eclectic mix of antique stores, working artists and live music. Broad Ripple Village is a diverse neighborhood popular with young professionals and families alike and boasts a vast network of greenways and bike trails.

So You Want a Taste of Both…

You actually don’t have to choose! Live in either the suburbs or the heart of downtown and you will have access to the amenities and resources that make both so appealing.

Downtown Indianapolis residents don’t have to miss out on the great outdoors thanks to the city’s impressive lineup of immaculate parks, walking trails and the only urban state park in the nation, White River State Park.

Those looking to settle in the Indianapolis suburbs with their top schools and sprawling, picturesque neighborhoods would be hard-pressed to feel like they’re missing out on what downtown has to offer. Suburbs like Fishers, Zionsville and Carmel all feature their own assortment of shopping and dining destinations as well as very active communities with events and festivals galore. But, if you want to zip downtown for a game or a concert, it’s just a breezy 25-minute drive.