Skip to content
Home > IN > Muncie > Where to Live Now > Ten Places to Live Near Muncie, IN

Ten Places to Live Near Muncie, IN 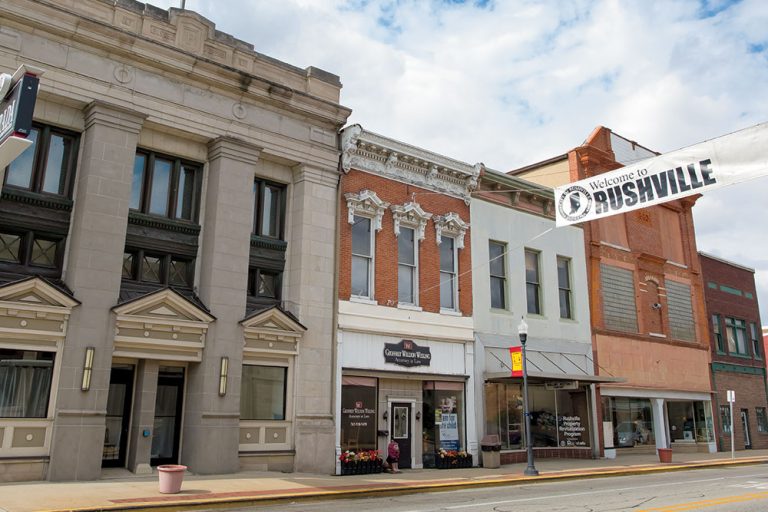 Want to live near Muncie? Why not in Muncie itself, which houses Ball State University and Ivy Tech Community College along with IU Health Ball Memorial Hospital. Residents have more than 25 community parks and the transportation conveniences of Interstate 69 and Delaware County Regional Airport, and the local economy is strong in sectors like agriculture, industry and technology.

In nearby Blackford County is Hartford City, whose officials are business friendly and work to attract new companies. 3M is a leading employer, and quality of life assets include Blackford Community Hospital, four city parks, nearby I-69 and a town square listed on the National Register of Historic Places. Four universities are within 20 miles of Hartford City.

An hour southeast of Indianapolis lies the city of Connersville, the county seat of Fayette County, located along the banks of the Whitewater River. The economy is vibrant in health care, manufacturing and retail, and a high-ranking Fayette County School Corporation that serves the educational district. Amtrak provides train service three days a week to Chicago, Indianapolis and Lafayette, and Whitewater Memorial State Park is only five miles away.

Home to Indiana Wesleyan University and its 3,200 local students, Marion is situated along the Mississinewa River and is known as the birthplace of actor James Dean. A robust arts community includes the Marion Philharmonic Orchestra, the Marion Civic Theatre and a newly renovated $9 million YMCA Memorial Coliseum honoring war veterans. Outdoor attractions include a 2.75-mile Riverwalk.

With an A+ rated Jay School Corporation, Portland is a city with many housing options along with numerous churches, civic clubs and recreational programs. On the National Register of Historic Places are attractions like Jay County Courthouse and the Portland Commercial Historic District, and quality of life assets include Jay County Hospital and Portland Waterpark.

A fine education system is in place in Anderson, thanks to the Anderson Community School Corporation, Anderson University and Ivy Tech Community College of Indiana. This county seat of Madison County features a historic downtown district, arts and cultural attractions and the convenience of two hospitals. Also in Anderson are Hoosier Park Racing & Casino and Shadyside Memorial Park & Lake.

Named for Benjamin Rush who signed the Declaration of Independence, Rushville houses several architecturally pleasing buildings – including the famed Wendell Willkie House. The community offers good schools and a variety of housing options, and its economy is strong in sectors like manufacturing, retail and technology. Six well-manicured parks add to the city’s livability.

With four colleges and two seminaries, Richmond has twice received the All-America City Award and was long known as “The Rose City” for its many varieties grown here. Beautiful buildings like the Wayne County Courthouse are on the National Register of Historic Places, and Richmond houses the Indiana Football Hall of Fame. Residents have the easy availability of Interstate 70, making Richmond a convenient place to call home.