Whatever lifestyle you’re looking for, you can find it in Northern Kentucky.

Residents of Northern Kentucky’s cluster of cities have the ideal live-work-play lifestyle, as their close proximity to Cincinnati brings big-city amenities, while their hometowns offer a lower cost of living, affordable housing and shorter commute times – not to mention their own bundle of unique activities.

“I can’t think of a better place to establish yourself when you’re starting out as a young professional,â€ says Blake Perkins, regional corporate banker at Branch Banking & Trust Co.

The Cincinnati region’s cost of living is 12% below the national average, and Northern Kentucky offers an even more affordable alternative. Plus, residents new and old have their pick of housing in a variety of neighborhoods, from urban lofts and newly constructed suburban homes to single-family housing in historic neighborhoods and homes overlooking rolling farmland.

“Living in Northern Kentucky offers easy access to the amenities of the urban core – you’re a jump across the river to downtown restaurants and bars, sports stadiums, arts centers, music venues, shopping, hospitals and universities.”

Cultural offerings across the river include the Cincinnati Music Hall, Cincinnati Opera, Cincinnati Ballet and Cincinnati Art Museum. The area is also home to the Cincinnati Zoo & Botanical Garden and Kings Island amusement park. Sporting events are high on the list of attractions, too, as residents can root on the area’s professional sports teams, including the Bengals, the Reds and FC Cincinnati, the city’s soccer club.

“I was struck by how the whole city comes alive during games,â€ Menge says. “It’s such fun to see the stadiums flood with light and cheering fans. It embodies the region’s spirit and pride.”

Juxtaposed to the bustle of the city, popular attractions in the region include farmers markets, local parks, campgrounds, equestrian activities, hiking and biking trails, and opportunities for water sports, as well as Kentucky Speedway and Newport Aquarium. Full Throttle in Florence, an indoor entertainment center, includes go-kart racing and axe throwing, while The Carnegie, the largest multidisciplinary arts venue in Northern Kentucky, includes a gallery and a theater housed in a landmark former Carnegie Library that was built in 1904.

Plus, the region’s craft culture offers must-try bourbons, wines and brews from local providers. Local favorites include New Riff Distilling, a family-owned bourbon and gin distillery in Newport, and Boone County Distilling Co., whose whiskey heritage can be traced back to 1833.

The region also includes Elk Creek Vineyards in Owenton, which offers live music and a tasting room. Craft beer is popular in the region, with local brewers like Wooden Cask Brewing Co. in Newport and Braxton Brewing Co., which recently opened The Rooftop, a bar on top of its landmark brewery that offers beautiful views of the city and Cincinnati as well as 20 Braxton beers on tap.

“I can take an easy and affordable weekend getaway and drive to Atlanta in six-and-a-half hours, Chicago in five-and-a-half hours, St. Louis in four-and-a-half hours and Detroit in four hours,â€ says Jamir Davis, executive director of the Kentucky Transportation Cabinet’s Office for Civil Rights and Small Business Development. “The CVG airport has added multiple inexpensive flights to West Coast cities like San Francisco and Los Angeles, and East Coast cities like New York and Philadelphia. Overall, I’ve been very pleased with the amount of the country I’ve been able to see from my home base in Northern Kentucky.”

From travel opportunities to areas to live, work and play, Northern Kentucky residents have the options they need to create their perfect lifestyle.

“I can’t think of a more advantageous place to live in,â€ Perkins says.

“There’s a blend of Southern charm and Midwestern hospitality with all the amenities of a big city, and it’s still a great place to raise a family.” 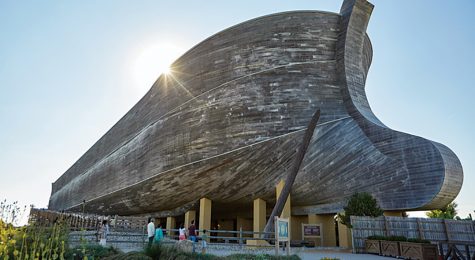 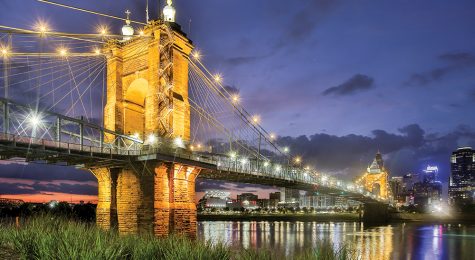