Everyone Should Explore Louisiana Via Food Trail 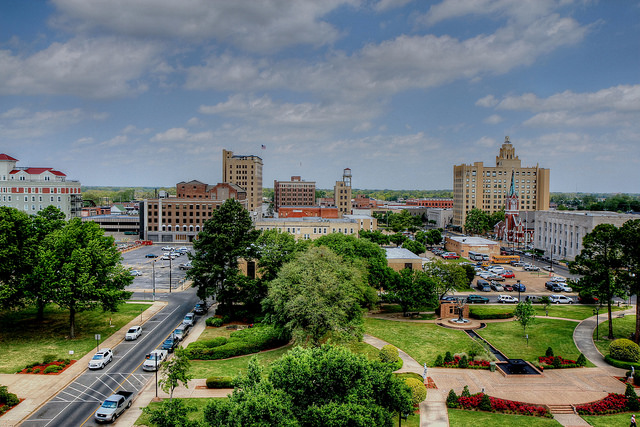 Filled with restaurants serving unique cuisine inspired by an array of different cultures, Louisiana is a foodie’s paradise and its cities are some of the best places to live. The only problem: There are so many dining options available, it can be difficult – not to mention overwhelming – to decide where to begin. Fortunately, we’ve got you covered. Read on to discover our Louisiana food trail, brimming with gastronomic pleasures guaranteed to thrill your taste buds and fill your belly.

According to Alton Brown, the star of Good Eats and host of Iron Chef on The Food Network, “there’s no finer food city in the U.S. than in New Orleans.” As a result, we recommend starting your Louisiana food trail here, which lays claim to must-visit dining spots like Cafe Du Monde – famous for its beignets – as well as Coquette, Jacques-Imo’s Cafe and Antoine’s Restaurant (the oldest family-run restaurant in the country). And that’s just scratching the surface.

The city also plays host to food festivals and culinary events each year, including COOLinary New Orleans, an annual celebration that gives diners the opportunity to enjoy discounted meals at more than 80 award-winning restaurants throughout the month of August.

“In a city known for its amazing cuisine, COOLinary has become a summer tradition that people who enjoy dining out look forward to each year because it offers them a month of exploring restaurants serving exceptional lunches and dinners at extremely affordable prices,” says Kristian Sonner, vice president of communications and public relations for the New Orleans Convention and Visitors Bureau. “August is the best time for you to revisit old favorites and discover new ones, and the options range from the grand dames of traditional New Orleans dining like Antoine’s and Commander’s Palace to some of the most ambitious new hot spots like Seaworthy and Salon Restaurant by Sucre.”

The next stop on our trail is Baton Rouge, where you’ll find highly rated restaurants like Parrain’s Seafood, The Chimes Highland on Louisiana State University’s campus (locals say you absolutely must try the shrimp po’boy) and Maison Lacour, which serves up traditional French fare in a cozy cottage.

If you’re visiting in May, you’re in luck – that’s when Red Stick Food Fest takes place. Held on the lawn at L’Auberge Casino & Hotel, the festival features food from eateries such as Sammy’s Grill, known for its crawfish, and BQR, a new Baton Rouge restaurant that offers different styles of barbecue along with fresh seafood. Red Stick Food Fest also includes live music and an arts and crafts village, and all proceeds benefit the Louisiana Hospitality Foundation.

After you’ve gotten your fill in Baton Rouge, head west to Lafayette. The city is home to mouthwatering dining destinations like The French Press, where Chef Justin Girouard – nominated for a James Beard Foundation Award four years in a row – whips up dishes like the Cajun benedict, a local breakfast favorite that features toasted French bread, Hebert’s boudin and two poached-medium eggs topped with chicken and andouille gumbo and fresh scallions.

Other top Lafayette restaurants include Bon Temps Grill, Johnson’s Boucaniere and Cafe Vermilionville, which is an award-winning fine dining spot located in a pre-Civil War structure.

Still hungry? Travel even further west to Lake Charles, known for its production of boudin (a Cajun sausage treat made with pork, liver, rice, green pepper and seasonings). The community and the surrounding area are home to a few restaurants that are part of the Southwest Louisiana Boudin Trail, including Kat’s Kracklins & Cruz Cafe and B&O Kitchen and Grocery in nearby Sulphur.

Seafood Palace is another favorite Lake Charles dining spot, serving up fried, boiled and grilled seafood along with gumbo, crabs and crawfish. For a more upscale experience, try Calla, located downtown and known for adventurous offerings like bone marrow and the antelope patty melt.

Locals and visitors get their fill of traditional Cajun food each July at the Cajun Music and Food Festival, which is held at Burton Complex. In addition to delicious eats, the event features live Cajun music and Cajun waltz and two-step dance contests.

Find Out How Southwest Louisiana Creates Community with Arts & Culture

Photo: Shreveport, courtesy of Martin under a CC 2.0 license.

Shreveport, located around 200 miles north of Lake Charles, is the next stop on our trail. There’s Crawdaddy’s Kitchen, where – you guessed it – crawfish is on the menu, along with boudin balls, shrimp, catfish and much more. The family-run, hole-in-the-wall Herby K’s is also a must-visit Shreveport eatery, serving up their famous shrimp buster that includes butterflied fried shrimp served on top of buttered, toasted French bread with fries, coleslaw and shrimp butter sauce.

Passing through in November? Hit up Taste: A Festival of Shreveport-Bossier Food and Art, an annual foodie favorite that’s also a fundraiser for the clients and day program participants of Holy Angels. Attendees are invited to sample food and beverages from nearly 30 local restaurants while enjoying live music and participating in a silent auction.

Photo: Monroe, courtesy of finchlake2000 under a CC 2.0 license.

Our Louisiana food trail ends in Monroe, which is about 100 miles east of Shreveport. A couple of the community’s top dining destinations include Warehouse No. 1 Restaurant, overlooking the Oauchita River in downtown Monroe and offering a wide variety of seafood dishes, and Cotton, also in downtown Monroe and known for its creative southern cuisine.

The city also hosts the Louisiana Food & Music Festival and the Bloody Mary Festival, both held at the Downtown RiverMarket and featuring food from many of the area’s best restaurants.