9 Reasons To Move to Boston 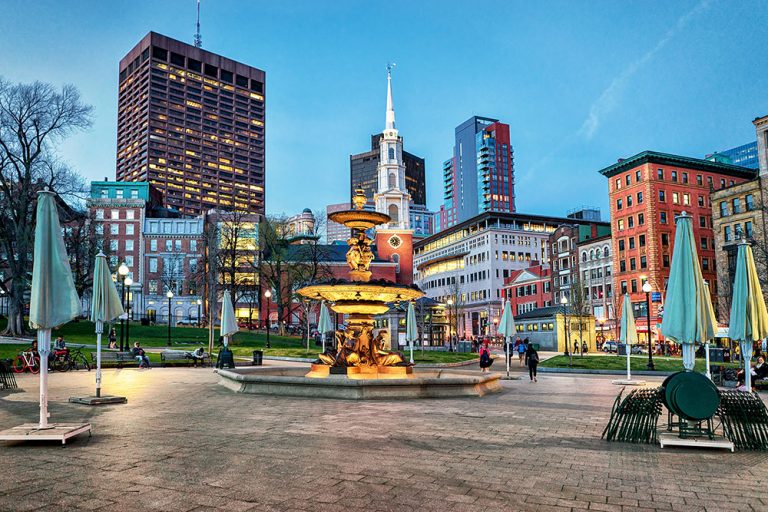 Moving to Boston appeals to people who want to live in a vibrant and diverse coastal city with cultural opportunities, world-class shopping, access to excellent health care, a focus on quality education and an appreciation for history. Approximately 617,594 people live in Boston, with more than 4.59 million residents living in the surrounding neighborhoods and suburbs.

Here are nine reasons to move to Boston:

In 2016, we named Cambridge one of the 8 Best Cities for Walking to Work with a Walk Score of 86.91. Boston has a long history of walking, even creating one of America’s first historic walking tours, the Freedom Trail. Currently, two projects are underway that will beautify the downtown by weaving 27 acres of green space into the city and create trails to reunite the surrounding neighborhoods to Boston Harbor and each other.

Few places on Earth have so many top-rated hospitals and doctors within a city’s limits. People come to Boston from all over the world to see doctors at hospitals such as Massachusetts General Hospital, Boston Children’s Hospital, Dana Farber Cancer Institute, Massachusetts Eye and Ear Infirmary, Beth Israel Deaconess Medical Center and Brigham and Women’s Hospital, which are all right here in Boston and each have led rankings such as that by U.S. News & World Report.

Whether you’re looking for that one-of-a-kind object d’art or a red ceramic paperweight in the shape of a “lobstah” (lobster for the out-of-towner), Boston has a shop for you. Faneuil Hall, has been a meeting hall and marketplace since 1743 and today offers hundreds of shops, restaurants and specialty pushcarts. Downtown Boston and its suburbs also feature a blend of large upscale department stores and unique boutiques.

4. There’s Always Something To Do

When you live in Boston, you’re never at a loss for things to keep you busy. There are professional sporting events, cultural activities, concerts and festivals every day of the year. The city hosts the Boston Marathon each April, and then there’s the Cambridge Science Festival, Harborfest each July 4, ArtWeek Boston, Boston Calling Music Festival and tree lighting ceremonies in December.

Sure, the winter of 2015 was highlighted by blizzards that left snow piled high until summer. But that was an exception and Boston’s weather is generally considered to be temperate, with the Atlantic Ocean maintaining a Goldilocks atmosphere of “not too cold or too hot.” July’s average high is 81 degrees and January’s lows are typically just below the freezing mark. Perhaps Boston looks its best in the autumn when the leaves turn a vibrant swath of orange, red and yellow.

Some cities in the North of the U.S. have hot jobs and amenities that offer great pay and quality of life.

Boston is served by one of the nation’s largest airports, Logan International Airport. Many Bostonians long ago gave up their personal vehicles and instead rely on the Massachusetts Bay Transportation Authority, locally called the “T,” which serves the city and its neighborhoods and suburbs with a train, bus and subway system. A network of highways shuttle drivers throughout the region, including the Massachusetts Turnpike, I-93 and I-95.

The nation’s very first public park today features open green spaces, picnic areas, an old-fashioned carousel and the Frog Pond, which is a popular place for ice skating in the winter and for splashing in the warmer months. The Common is also the starting point for the Freedom Trail, a walking tour of 16 historical sites throughout Boston.

There is a historical marker or site nearly everywhere you turn in Boston. The city is proud of its role in American history and preserves and celebrates these places. From The USS Constitution, fondly called “Old Ironsides” and the oldest commissioned warship afloat in the world, to Walden Pond, Henry David Thoreau’s old stomping grounds in Concord, there are pieces of history to be discovered throughout Boston and its suburbs.

9. A Focus on Education

Just like history, education is everywhere in Boston. Dozens of colleges and universities have campuses throughout the city such as Harvard University, Berklee College of Music, Boston College, the Massachusetts Institute of Technology (MIT) and Boston University. And there are top-notch city and suburban school districts – some of which are among the best in the nation. About 16 miles from Boston center, Wellesley is consistently ranked as one of the highest-educated towns in America.