Some cities in the North of the U.S. have hot jobs and amenities that offer great pay and quality of life. 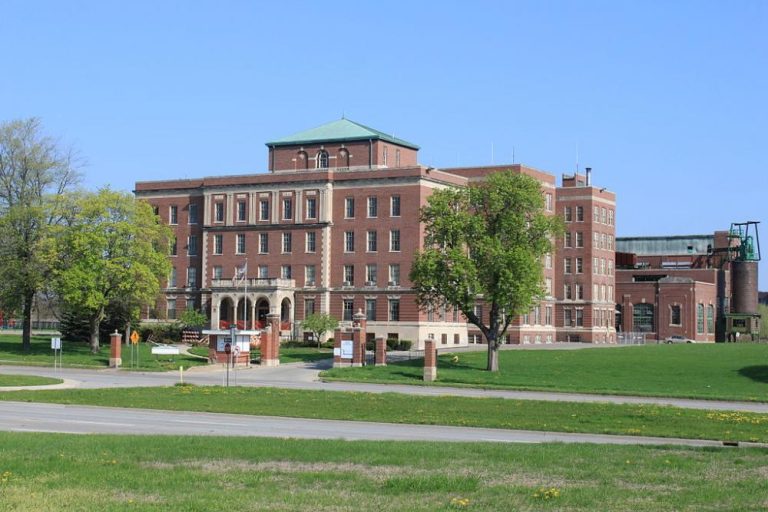 Westland / Courtesy of Dwight Burdette under a CC 2.0 license.

Many Northern cities don’t get a lot of love these days, even though there’s so many great cities that have made our best places to live lists for multiple years.

In addition to jokes about bad winter weather, some cities in the northern United States also have to endure a reputation for not having great job markets. However, there are many cities ‘up north’ with plenty of jobs that can be seized on by savvy job seekers.

If you like the idea of working in a place that has four proper seasons – spring, summer, fall winter – then consider checking out the following northern towns on your next job search.

The Northern US has a proud history of manufacturing and that tradition continues in Sioux Falls. The South Dakota city isn’t a one-trick pony, however, as job prospects in healthcare and translation are expected to explode in the coming years.

For those who aren’t familiar with Sioux Falls as a destination for immigrants, there is a desperate need for translators. According to the Multi-Cultural Center of Sioux Falls, there are nearly 140 different languages being spoken in the city right now.

Lon Clemensen, vice president of Workforce Development at the Sioux Falls Development Foundation, recently told Livability that local companies are in desperate need of new talent, which means talented workers looking to come to Sioux Falls are in the driver’s seat.

“We have over 4,000 positions open right now and at any given time in Sioux Falls,” Clemensen says. “Our unemployment is anywhere from 2.4 percent to 2.5 percent.”

Peoria has a buzzing startup ecosystem powered in large part by Startup Peoria, which began in 2012. The fledgling incubator isn’t the only driver of Peoria’s startup culture. In 2013, the city’s OSF Healthcare received a $25-million donation for an innovation center in Peoria, and in turn, the healthcare system announced last year that it would be investing $75 million in other startups.

“A number of Greater Peoria’s startups are quickly scaling up and looking for talented employees in areas as diverse as autonomous technology, sustainable manufacturing, eCommerce, and software development,â€ said Kate Cundiff, the director of workforce solutions at the Greater Peoria Economic Development Council. “With Chicago, St. Louis and Indianapolis only three hours away, you can easily connect to large metros for personal and professional endeavors while maintaining a lower cost of living.”

Probably known best for the Minnesota Vikings and bitter cold winters, the Twin Cities are also home to 17 Fortune 500 companies. Web designer, sales manager and business development manager and the three top jobs in the region, according to Glassdoor. People considering moving to Minneapolis and St. Paul for those jobs can expect to find a good work-life balance and a relatively young population, with nearly 22 percent of residents between the ages of 20 to 29, according to the latest US Census data.

“Even beyond our impressive professional/innovation/tech job opportunities, we are doubling down on traditional labor and trades jobs as well,” Brenda Kyle, President and CEO of the St. Paul Area Chamber of Commerce, recently told Livability.

As of January 2017, Cincinnati had experienced 75 consecutive months of employment growth and local unemployment was at a 16-year low, according to the Cincinnati Business Courier.

Many jobs in the Ohio city are in manufacturing, aerospace, medical technology and computer system design. The region also has a significant export economy, leading the state in exports to the tune of around $24 billion annually.

Home to companies like Starbucks and Amazon, Seattle is one northern city that probably is on your jobs radar. The coastal city has a booming tech sector, with UI-UX (user interface, user experience) designer and data scientist being two hot jobs recently identified by Glassdoor.

Fort Wayne is a city “on the growâ€ and many are projecting recent investments to add to that growth.

According to a recent study by WalletHub, the year-over-year employment growth in Fort Wayne was about 5.3 percent. The study also ranked Fort Wayne No.1 in the country for housing affordability.

Built on the steel industry, Pittsburgh has slowly been gaining a reputation as an innovation hub, something that was a point of emphasis at the 2009 G20 Summit, which was held in the city.

According to a 2016 report from ZipRecruiter, those in the healthcare, tech and arts/media industries can expect relatively healthy job prospects in Pittsburgh. Furthermore, the large, soon-retiring contingent of Baby Boomers in the city is expected to cause a major labor shortage in the coming decade for the Western Pennsylvania town, according to the Allegheny Conference on Community Development. Read more about Pittsburgh and why it’s a great place to live on our Top 100 Best Places to Live list.

Walk the streets of the Wisconsin capital and you’ll notice the massive presence of the University of Wisconsin-Madison: The city is teeming with college students.

All that young talent inevitably translates into innovation and a burgeoning startup scene. Madison also has great job prospects for those working in the healthcare, hospitality, customer service and insurance industries. It’s also made our Top 100 Best Places to Live rankings multiple times – including 2017 as well as our 2017 Top 50 Best Cities for Entrepreneurs.

Like Madison, Boston is another city translating academic muscle into innovation-oriented employment. Medical research and IT are major industries in the Massachusetts city so it should be no surprise that Glassdoor recently identified nurse practitioner and applications developer as two hot Boston jobs.

The one major drawback to living and working in Boston is the high cost of housing. The median home value in 2016 was almost $390,000.

At the end of 2015, Burlington set an all-time record for employment, with 316,500 people on employers’ payrolls, according to the Burlington Free Press. The record number was the result of jobs being added in the healthcare, tourism, legal, engineering, accounting, advertising and consulting industries. Burlington also has top spots on both our 2017 Top 100 Best Places to Live and Top 50 Best Cities for Entrepreneurs – making it a top spot to live AND work.

With an aging population, Burlington is another northern city that is expected to see a major labor shortage in the coming decade.

As Michigan’s 10th largest city, you’d be forgiven for not knowing much about Westland. However, the city’s proactive, pro-growth policies have led to robust job growth in the manufacturing, healthcare, bioscience, IT and nanotechnology sectors.

With close proximity to both Detroit and the massive University of Michigan campus, Westland is well positioned to enjoy a healthy future in both traditional industries and vibrant emerging new sectors.