Skip to content
Home > MA > Worcester > Where to Live Now > From the Ground Up: Worcester, MA’s Massive Development Projects

From the Ground Up: Worcester, MA’s Massive Development Projects 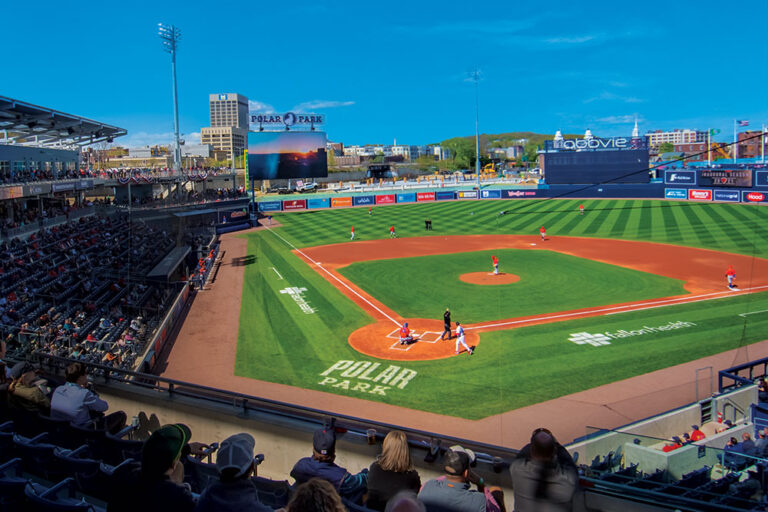 No question, 2020 was a challenging year, but Worcester met those challenges with determination and success. By early 2021, a new ballpark opened and multiple new housing developments broke ground.

The new Polar Park, home to the Worcester Red Sox, hosted its first game on May 11. The ballpark will host approximately 125 events annually and can seat about 10,000 guests.

“Polar Park has created a significant boon for the city and the Central Massachusetts region,” says Peter Dunn, chief development officer for the City of Worcester. “It’s created a new option for family-fun entertainment, enhancing the city of Worcester as a destination to live, work and play.”

Madison Properties, a Boston-based developer, is constructing a multistory office building near the ballpark and is planning 228 market-rate apartment units and street-level retail space nearby. If the project is successful, a second housing development is on the books for the future. The company is also considering building a hotel once the hospitality industry bounces back from the pandemic.

Dunn says the ballpark has sparked additional projects in the area.

“We’ve seen an influx of interest from developers, investors and businesses looking for opportunities in the city,” Dunn says, citing Boston Capital’s proposed redevelopment of the former Table Talk Pies site next to Polar Park.

Table Talk Pies is moving its headquarters and factory out of Kelley Square to the South Worcester Industrial Park area.

Plans call for a six-story building with 80 units of affordable one-, two-and three-bedroom units. The ground floor will be retail space. Construction is expected to begin in 2022 and will include a pedestrian connection from the site to Polar Park.

“A housing study commissioned by the Worcester Regional Chamber of Commerce showed a demand for thousands of new residential units in the city – and units of all types and income levels,” Dunn says.

The 2019 study is a developers’ guide when choosing Worcester as an investment location and the type of structures to build.

“Our approach to development both in the Canal District and beyond has been mixed-use and mixed-income,” Dunn says.

Polar Park also played a role in attracting another project planned in the Canal District. Churchill James, located in Worcester, announced plans for 26,000 square feet of mixed-use space, including commercial, office and retail, highlighted by a candlepin bowling alley. In addition, the project plans include between 200 and 300 residential apartments.

Worcester’s Food Hub Keeps Food Fresh and Local for All

The Food Hub’s endeavors nourish more than just the physical.

Earlier this year, residents began moving into the lofts at the former Worcester County Courthouse. Trinity Financial continued development of that project throughout 2020, and today, there are more than 100 loft units, a fitness center, a game room and a pet spa in the repurposed 1845 structure. The project is part of a more extensive revitalization of the Historic Lincoln Square district.

“The ballpark is a huge win,” says Chip Norton of Franklin Realty Advisors.

Norton has been in real estate for 40 years in Worcester. He owns Mercantile Center, the largest mixed-use project downtown. The site of a former mall, the project includes office and retail space. A Ruth’s Chris Steak House will open later this year, along with a rooftop deck bar called The Mercantile.

While Norton doesn’t develop residential projects, his experience gives him insight into the local economy. The 1,000+ residential units on the drawing board for 2022 and 2023 bode well for the region.

Worcester Regional Chamber of Commerce is the Connecting Link

Dunn credits the Polar Park project withdrawing investment but says the ballpark has done something even more significant.

“What’s most gratifying about the Polar Park project are the smiles on the faces of the new Worcester Red Sox fans, the memories that will be created for generations to come, and the pride that we are seeing in our city,” Dunn says. “It truly is a great city to live, work and play.”

Polar Park By the Numbers 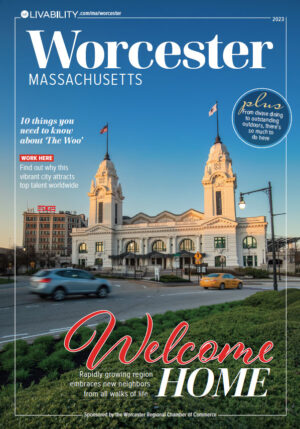