Skip to content
Home > MD > Frederick > Where to Live Now > Why Frederick, MD, Is a Best Place to Live

Why Frederick, MD, Is a Best Place to Live

A promising business sector, proximity to major Eastern cities, and unique downtown make Frederick the place to be.

By Stephanie Stewart-Howard on October 18, 2022 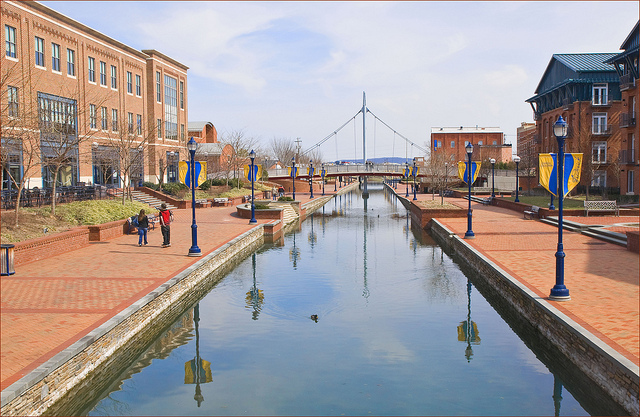 Frederick, MD, sits close enough to Washington, D.C., to be a bedroom community, but more than 60 percent of its workforce have chosen to live and work in Frederick. The city appeals to residents who look for more than just a commuter lifestyle amid the D.C. corridor. Frederick’s successful blend of history and innovation encourages creative, entrepreneurial-minded residents to make things happen. This is why Frederick has been named one of the Top 100 Best Places to Live for the third year.

There’s a great deal of appeal to Frederick, from outstanding schools and real estate to a job market rich in biotech and technology; a revitalized historic downtown that blends business with retail, restaurants and living opportunities; and a thriving creative and arts community. Beyond the city is a vast Frederick County experience, easily accessible, that offers a variety of additional cultural appeal.

The city is proud that a large percentage of its workforce lives locally.

“This is a great place for businesses to invest,” says Richard Griffin, Frederick’s Director of Economic Development.

Frederick is a city of about 78,000 residents. The largest employer is Fort Detrick, home to the U.S. Army Medical Command, a 1,200-acre research campus with nearly 9,500 employees, working for the Department of Defense, Homeland Security, the Department of Agriculture, Department of Health and Human Services, Veterans Administration and National Cancer Institute-Frederick.

When it comes to the private sector, Griffin says, international pharmaceutical producer and researcher AstraZeneca is a major draw, now working on its third expansion and adding more than 300 jobs to the area. In addition, he says biotech research and development is thriving in the area. Additionally, Wells Fargo Home Mortgage, United Healthcare and State Farm Insurance all have a notable presence in the city.

“There are some 3,400 businesses, with 600 in the city’s historic downtown area,” Griffin says.

“We’ve got a real, living, breathing, working historic downtown, not a museum piece,” Griffin says of the area, where you’ll also discover some 200 retail and restaurant establishments, meeting the needs of residents and visitors alike, set alongside businesses and residences. In the past, it’s been named one of Forbes magazine’s U.S. Greatest Neighborhoods.

The city’s goals in managing its development, according to Richard Griffin, include revitalizations and adaptive reuse of older buildings, with offered tax credits and incentives; infill development on previously vacant lots; and annexed land to meet the needs of business and industry, especially the growing number of high-tech and IT firms that like the “funky, cool vibe” of the downtown.

Frederick currently ranks No. 1 in the state for its public school system and is also home to Frederick Community College, a campus of Mount St. Mary’s University and Hood College.

According to Charissa Hipp of Visit Frederick, there’s a terrific arts scene, notably the Weinburg Center for Arts, and a plethora of small theaters, art galleries, and abundant, striking public art that helps make the city distinctive. Most stunning is the Community Bridge mural covered with trompe l’oeil paintings with local significance.

The city is home to the Maryland Shakespeare Festival and a collection of museums, including the National Museum of Civil War Medicine.

“There’s a lot of history here,” she says. “If you’re interested in getting out and doing things – historically or culturally, the city’s event calendar is never blank.”

Frederick County has two distinct wine trails, covering half of Maryland’s burgeoning wine production and a growing microbrewery culture in the city. The culinary and farm-to-fork culture is thriving here, with more farms in Frederick County than any other county in Maryland.

From its thriving business and tech climate to a vivid arts scene, growing culinary culture, and a brilliant revitalization of its 40-square block downtown, Frederick offers everything residents could want in a city of 78,000.