5 Most Affordable Cities in Maine

Lighthouses, lobster are highlights of affordable living in Maine. 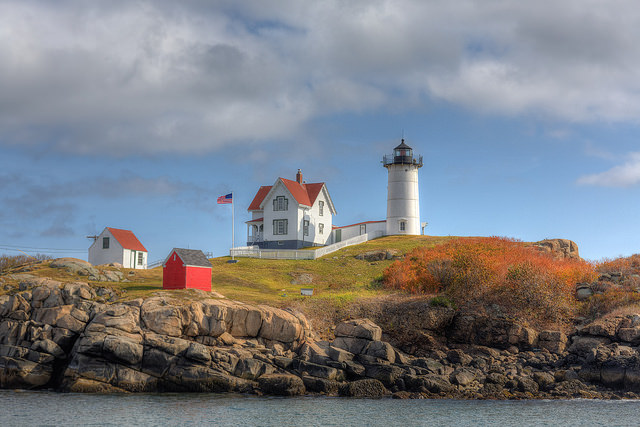 Courtesy of Albert de Bruijn under a CC 2.0 license

There is more to Maine than just lighthouses, L.L. Bean and lobsters.

Residents in this northernmost New England state bundle up against the harsh winters to enjoy an affordable lifestyle.

Why Moving to Maine May Actually Help You Live Longer

In order to see which five cities in Maine will tempt the budget-conscious, we weighed transportation, groceries, utilities, health and housing factors to find the least expensive. But these aren’t just the cheapest cities. These items were weighed to find the best quality of life too.

In order, here are the top picks:

Since Lewiston is home to Bates College, a highly ranked liberal arts college, residents take pride in their long history of promoting education. Additional higher education opportunities in the city include Kaplan University, Maine College of Health Professionals and the University of Southern Maine’s Lewiston/Auburn College.

Great fishing, trail and beach areas and shopping, dining and art can also found in the state’s second-largest city, too.

The Best Things About Living in New England

Many know Bangor as the home of the city’s most famous resident, master horror writer Stephen King, who lives here in a 19th century Victorian mansion.

In addition to King’s presence, other people live here for the amazingly low crime rate, art and cultural opportunities and the beautiful landscape, near water and mountains.

The Best Places to Live in Maine

The Maine Discovery Museum, a large children’s museum, and a 31-foot-tall fiberglass statue of mythical lumberjack Paul Bunyan also bring in the visitors.

Biddeford’s median home price is higher than most Maine cities at $214,600, with a median household income at $45,729. But the city’s residents enjoy a lot of great amenities for their money.

The economy is booming with plenty of new commercial centers coming on board for shopping. Biddeford restaurants include pizza, diner eating and upscale food. Beer breweries and liquor distilleries have also sprung up, including Banded Horn Brewing Company, Barreled Souls Brewing, The Run of Mill Public House and Round Turn Distilling, which offers Bimini gin.

With access right at the Atlantic Ocean, Biddeford is enjoyable for those who love seal-watching.

In 2015, Portland made Livability.com’s “Top 100 Best Places to Live” list thanks to its bustling business climate, healthy living and fantastic recreational opportunities.

Food-loving residents can find an amazing array of places to eat serving the traditional Maine lobsters but also Korean barbeque, Italian pizza and fine French cuisine. There are more restaurants in Portland per capita than anywhere else in the country.

The Portland Museum of Art has long been the center of the arts and cultural community. But more museums, galleries and shops have arisen in city’s aptly named Arts District.

After weighing all this, it is easy to see why this port city is receiving accolades.

Median home price is pretty steep at $236,000, with a median household income of $45,865. But since Portland is the largest city in the state, the price tag is a bargain considering the cost of other large New England cities.

Like its neighbor in the number-two spot, South Portland has a wealth of health-care options, transportation opportunities and grocery savings.

In fact, Portland and South Portland both share the state’s main airport, Portland International Jetport, within their borders.

But unlike the larger city, the south side city’s residents can save a little more on their housing costs, with $221,700 being the median home price, while they bring home more in their paychecks with a median household income at $53,614.

For this reason, South Portland is the most affordable place to live in Maine.

The Homebrewing Mayor of Portland: How Politics & Beer Go Hand-in-Hand

Situated on Portland Harbor, South Portland is a great place for boat-lovers, beach-goers and those who just can’t get enough of life near the ocean.

Residents can find shopping around just about every corner, as retail is a big part of the economy here. The Maine Mall is located in South Portland.

Held in January, the city’s popular WinterFest lets residents celebrate the frosty cold weather with ice skating, snowshoe hikes, ice sculptures and a sledding contest. During the August warm season, there is the Art in the Park original artwork and photography show and sale.