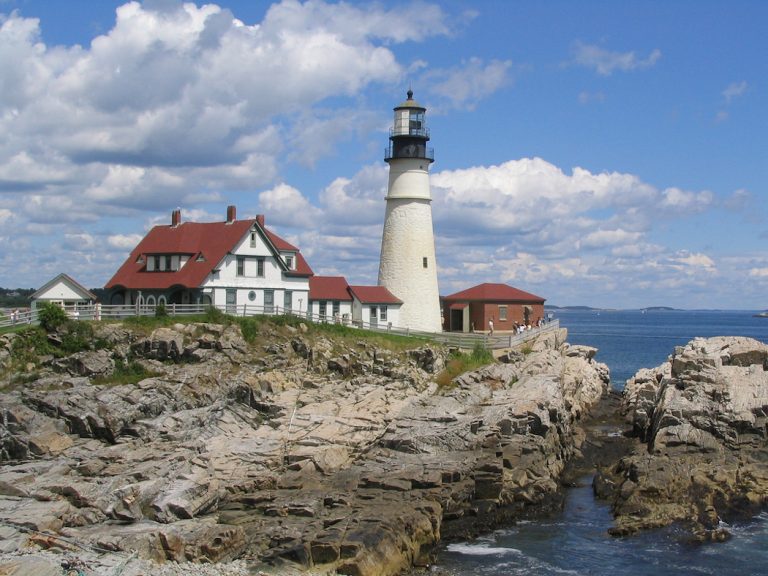 Known for its jagged, rocky coastline with scenic lighthouses, Maine is an outdoor lover’s paradiase, with picturesque waterways and a heavily forested interior that’s ideal for camping, hiking and mountain biking. The state has a robust economy led by its biotechnology, electronics, food production, lumber, shipbuilding and tourism sectors. With that in mind, here are eight of Maine’s largest employers.

The 5 Most Affordable Cities in Maine

Based in Portland, MaineHealth is ranked among the top 100 healthcare networks in the nation, and oversees numerous hospitals and clinics throughout the state. Some of its member affiliates are Maine Behavioral Healthcare, Maine Medical Center, New England Rehabilitation Hospital and Waldo County General Hospital.

Walmart owns and operates Sam’s Club membership-only warehouse stores, and there are more than 20 Sam’s Clubs doing business in Maine. About 10,000 employees work for Walmart and Sam’s Club locations throughout the state, and the company’s major competitors in Maine are BJ’s Wholesale Club and Costco.

The 637-bed Maine Medical Center is in Portland and has a staff of more than 6,000 employees. MMC is one of only three hospitals in northern New England that are designated as Level I trauma centers, and Maine Medical handles about 88,000 annual emergency visits and 27,000 surgeries performed.

The Best Places to Live in Maine

Located in Bath on the Kennebec River, Bath Iron Works has built private, commercial and military vessels since its founding in 1884. The United States Navy has ordered most of the vessels, and in 2015 the U.S. Navy signed a contract with Bath for new destroyers, combat ships and landing craft.

Based in Freeport, L.L. Bean is a clothing and outdoor recreation equipment company of 5,000 employees and 42 stores. A majority of its business, however, is online. The company’s factory in Brunswick employs 450 individuals who hand-craft products like the Bean Boot, the Maine Hunting Shoe, dog beds and backpacks.

The second largest hospital in the state is Eastern Maine Medical Center, located in Bangor and serves more than 40 percent of the state’s population. EMMC has 411 inpatient beds and more than 3,000 employees, and the hospital is a major training affiliate of the University of New England College of Osteopathic Medicine.

In the city of Lewiston is Central Maine Medical Center, a hospital that features 250 beds and about 300 physicians. CMMC is a teaching affiliate of Boston University School of Medicine and in recent years established the Central Maine Heart and Vascular Institute as well as the Patrick Dempsey Center for Cancer Hope & Healing.