Moving to Ann Arbor? In addition to this booming city, the region features numerous standout communities that are perfect to call home. 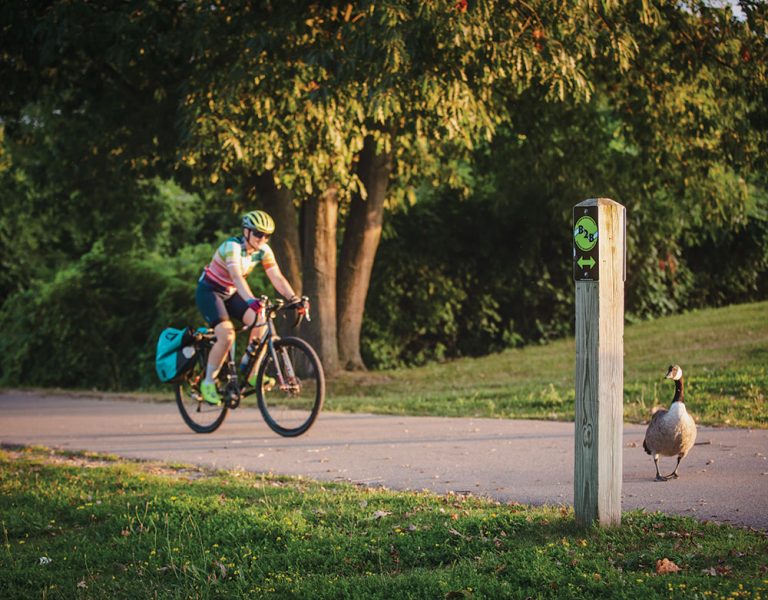 The two-county Ann Arbor region offers its 560,000+ residents an unrivaled quality of life. The region is anchored by Ann Arbor, which ranked No. 2 on Livability.com’s Top 100 Best Places to Live list in 2021. The region also offers several unique communities that make it a desirable location to live, work and grow. So let’s take a tour of the region as part of your search for that next great place to call home.

Outdoor enthusiasts will find much to love in Dexter, a picturesque community on the banks of the Huron River and Mill Creek. The Border-to-Border Trail links downtown Dexter to Hudson Mills Metropark and is a favorite for biking and hiking. Attractions include Dexter Cider Mill and Spring Valley Trout Farm, which offers visitors a chance to catch fish in spring-fed ponds stocked weekly. Dexter also features the award-winning Encore Musical Theatre Company, which produces musical theater and other events, and the Dexter Community Players, a community-based theater group that stages plays at the Dexter Center for the Performing Arts or Copeland Auditorium.

“Ypsi” is the second-largest community in the region and has a long connection to the automotive industry, and that history is chronicled at the nationally recognized Ypsilanti Automotive Heritage Museum and National Hudson Motor Car Company Museum. Ypsi, though, is not living in the past. The community is affordable with a creative culture that includes a lively arts scene, theaters and entertainment venues. Home to Eastern Michigan University, Ypsi features many distinct neighborhoods, including the Campus Town neighborhood, the quirky Depot Town district and a lively shopping and restaurant scene along Michigan Avenue. Ypsilanti also hosts an annual Michigan Brewers Guild Summer Festival and a funky 80-artisan craft show called the DIYpsi (dip-see) Indie Art Fair.

Ann Arbor knows how to throw a party. Here is a small sample of the many events that take place throughout the region.

Popular for its annual Saline Celtic Festival, the city is just south of Ann Arbor and has a downtown filled with century-old historic buildings combined with modern structures. Interesting sites to visit include Wellers Carriage House, an upscale banquet center in a building once owned by Henry Ford. The city offers numerous parks and walking paths and hosts annual events like Saline Summerfest, Harvest of the Arts Oktoberfest and a Salty Summer Sounds music series. The community hosts a Saturday Outdoor (Summer) Farmers Market from May to November and a Saturday Indoor (Winter) Farmers Market from November to May. Saline Area Schools ranked as the No. 5 best school district in Michigan in 2021 by Niche.com. Boasting a graduation rate of 97%, the district spends an average of $17,510 per student, compared to the national average of $12,239.

Located about 15 miles west of Ann Arbor, Chelsea is perhaps best known as being home to Chelsea Milling Co., producer of the iconic Jiffy Mix baking flour products. City attractions include The Purple Rose Theatre Co., owned by Chelsea native and film and stage actor Jeff Daniels. The community houses Waterloo Recreation Area, which has been called the best mountain biking trail for beginners in the nation. The schools in the Chelsea School District are considered among the top performers in Michigan. Top employers include St. Joseph Mercy Chelsea and the Chrysler Chelsea Proving Grounds. A signature retailer is Bumble’s Dry Goods, which features an array of artisan furniture, unique kitchenware and home accessories, all made in the U.S. Local favorite watering holes include Ugly Dog Distillery and Chelsea Alehouse Brewery. The city stages several annual events such as Curling Fest and the Old-Time Maple Sugar Festival.

A River of Fun Runs Through Ann Arbor, MI

The outdoor activities in Ann Arbor are plentiful, thanks to the Huron River, miles of hiking and biking trails, and so much more.

Ann Arbor: Where Quality of Life Is Affordable