Moving to Muskegon, MI? Check Out These 7 Neighborhoods

If you're looking for character and charm, you've come to the right place. 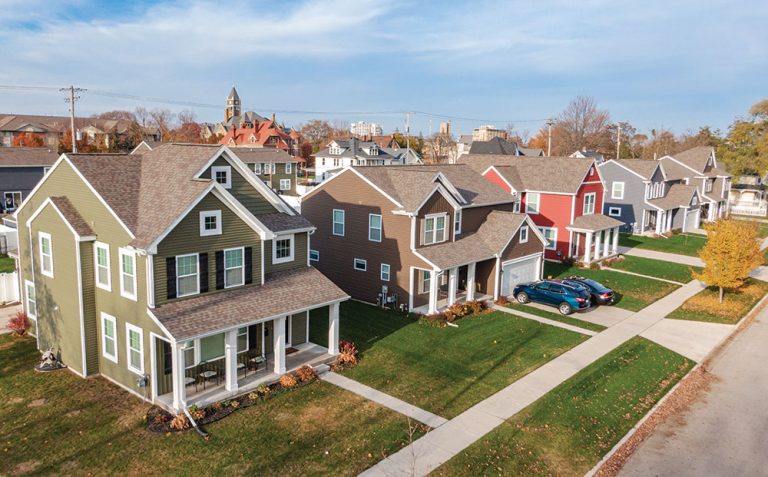 These neighborhoods in Muskegon, MI are heating up the housing market. Each has its own character and charm – and more affordable housing options are on the way! So if you’re thinking about moving to Muskegon, be sure to put these seven neighborhoods near the top of your list.

Roughly 3 miles from downtown, this community includes some historical properties, including Victorian homes, as well as a mixture of other multifamily and single-family homes. The former Hackley Hospital campus will soon be the site of the new Charles Hackley Middle School.

Located along the southern edge of Muskegon, this neighborhood is home to the Marsh Field Playground and the Laketon Avenue Pedestrian Trail, which runs along the north side of Laketon Avenue.

While this neighborhood shares a border with downtown, it has been physically separated from the downtown activity when the U.S. 31 business route was built through previous urban renewal initiatives. The up-and-coming Pine Street area is an active hub and located just inside Jackson Hill’s border.

This neighborhood contains an eclectic mix of housing types with some large historical homes, many small cottages and everything in between. The former paper mill site on Muskegon Lake is being readied for development and will make a substantial impact on the Lakeside area. Much of the neighborhood is adjacent to or within a short walk of Muskegon Lake.

Located along the eastern edge of the city, Oakview features a mix of older homes and newer units. The proximity of Oakview Elementary School and Reese Playground make this neighborhood great for young families.

The Nelson neighborhood is located within the heart of Muskegon, and it contains the entire downtown area. This neighborhood features the historic Frauenthal Theater, Mercy Health Arena, the Hackley Public Library, Lakeshore Museum and the Muskegon Museum of Art.