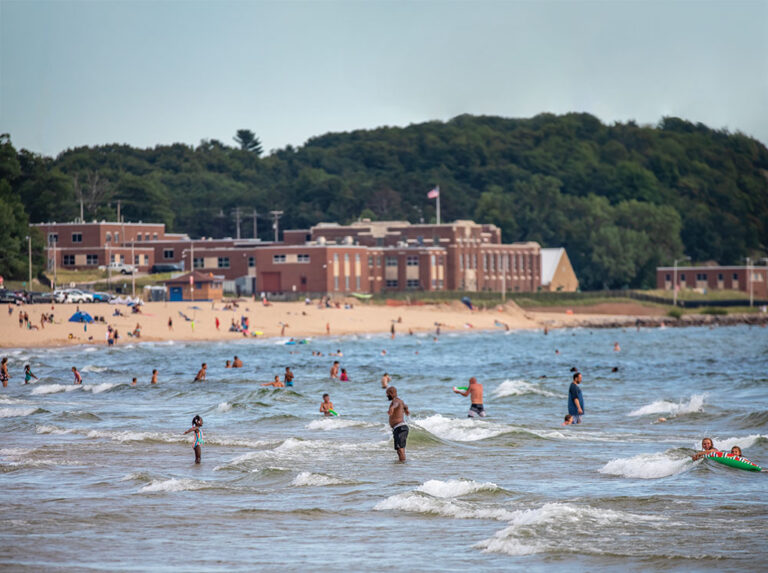 When you live in a lakeshore city, frequenting the beach is the most obvious perk.>

Residents in Muskegon, MI are, no doubt, spoiled with 27 miles of sugar sand beaches beckoning them to swim, laze on the shore, play volleyball or create a sandcastle (err, make it a cute sand cottage). But what you might not know about this West Michigan city is the fun doesn’t stop (or even slow down for that matter) after Labor Day.

You can schuss down an ice luge at 30 miles per hour at the local adventure park come winter. Plus, Muskegon has a buzzy downtown, a vibrant arts and culture scene, and delicious dining, including a speakeasy slinging deep dish pizza, if you’re in the know.

“There is really a lot to do here,” says Emilee VanLinden, a therapist who owns a private practice with her husband and has lived in Muskegon for the past five years. “The lakeshore is beautiful, and the downtown area has a lot to offer.”

VanLinden is betting on Muskegon to be the next “it” vacation spot in Michigan. But residents get to enjoy this West Michigan city year-round. 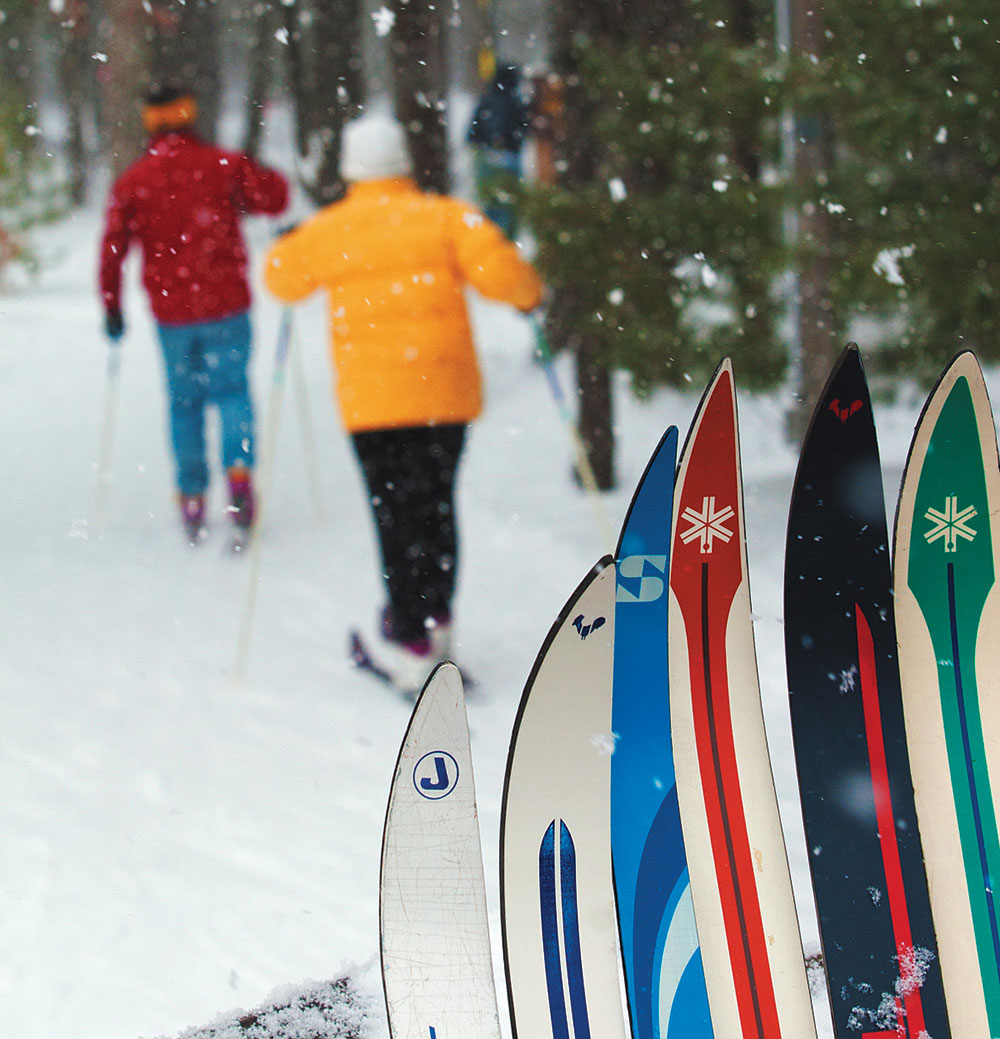 With the change of each season comes new opportunities for recreation. From early spring to late fall, Summer Klomp, a Muskegon native who works in sales, loves to hit up the area’s golf courses. There’s plenty to choose from, including the Muskegon Country Club, which has hosted regional qualifying rounds for the U.S. Open and was designed by renowned golf course architect Donald Ross.

After the sun sets on summer, turn your attention to the Muskegon Luge Adventure Sports Park, which is home to the only publicly accessible luge track in the country.

The 850-foot, six-turn ice track was designed by three-time Olympic luger Frank Masley. In addition to the luge, the park has two acres of outdoor ice skating, including a trail that winds through the woods, illuminated cross-country trails and snowshoeing along Lake Michigan’s shoreline.

“Depending on the time of year, a perfect day changes pretty significantly around here,” says Matt VanLinden, who has lived in Muskegon most of his life. “For the winter, it’s a fun day sledding or ice skating at Muskegon Luge Adventure Sports Park and then grabbing a hot cocoa somewhere. In other seasons, a beach day is always good, or an awesome hike.” 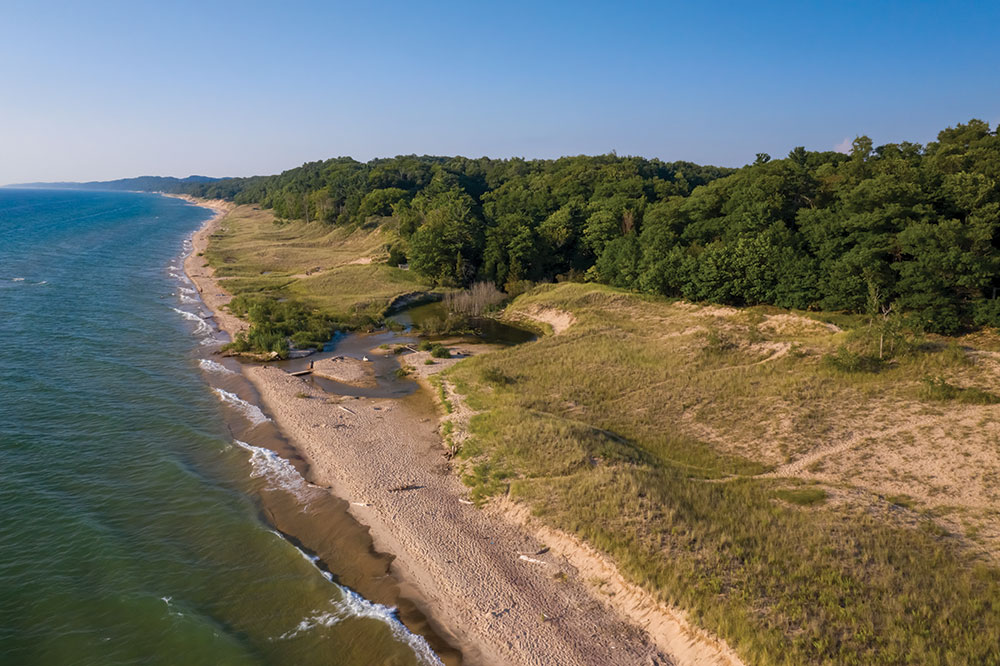 The biggest bragging point that Muskegon Lakeshore residents have? “A beach is never more than a few minutes away,” Klomp says.

Your beach days can be as active as you want them to be.

Hike through the rolling dunes at Meinert Park or set up your tent and camp in the woods near the beach at P.J. Hoffmaster State Park. You can get in a round of disc golf or play volleyball at Ross Park or simply unfurl your beach towel and soak up some rays at Muskegon State Park, where you’ve got miles of shoreline from which to choose.

Pere Marquette Park, which is bordered on the north by the Muskegon Channel, is a popular spot for swimming, kayaking, kiteboarding and the numerous volleyball tournaments held on the soft sand.

After a day of playing beach volleyball, Emilee VanLinden likes to have dinner at The Deck, a beachfront barbecue and beer spot that has live music on the weekends. 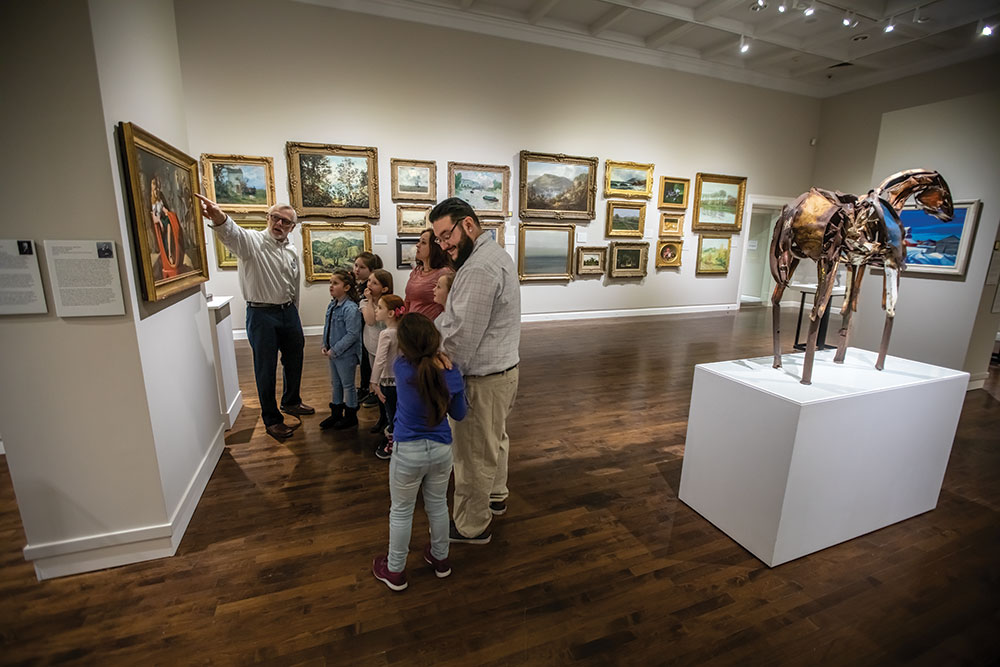 A Flourishing Arts and Culture Scene

From sculptures to murals, public art can be found throughout Muskegon Lakeshore.

For example, the railroad overpasses on Seaway Drive were transformed into works of art. One depicts sand dunes and sailboats while another is a historic montage of Muskegon images.

Other murals can be spotted on the Blended Furniture Market building in Norton Shores, on a wall at Fatty Lumpkins Sandwich Shack in Muskegon and outside the building of Fetch Brewing in Whitehall.

Impressive sculptures are not only beautiful, but also play tribute to Muskegon.

Muskegon Lakeshore Focuses on the Future

High-quality educational opportunities abound for students of all ages.

For instance, “A City Built on Timber” is a 20-foot-high sculpture that was designed by Erik and Israel Nordin at Heritage Landing that’s made of a cube with blue grass atop interlocked steel beams. It honors the lumber industry. And “Celebrating Muskegon,” a sculpture by John Littleton and Kate Vogel, was created as a tribute to the character and resiliency of the people of Muskegon.

In addition to all the great art, residents can enjoy venues like the Muskegon Museum of Art, West Michigan Symphony and Muskegon Civic Theatre.

For those new to the city, Emilee VanLinden recommends keeping up with the local calendars because there are lots of fun events, like Parties in the Park or children’s activities at Hackley Library.

Oh, and one more thing for Muskegon newbies. The pizza speakeasy we mentioned: Make your way to Capone’s Speakeasy & Pizzeria and try it for yourself! 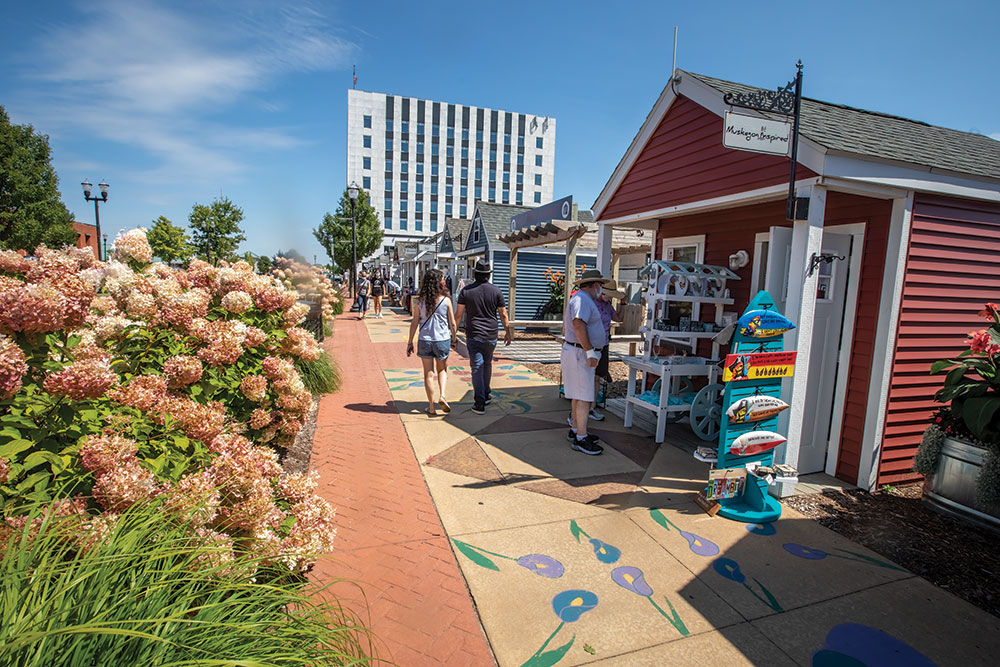 One thing that longtime residents say they love about Muskegon is the revitalization that’s been happening over the past several years. Here’s a sampling of unique, local shops:

1. Inside the Century Club Building in downtown Muskegon, The Lemon Blossom is a one-stop shop for clothes, apothecary items and gifts (check out the Michigan-themed gift boxes, handbags and more).

2. Third Coast Vinyl is a record store that offers the best tunes, from classic to current hits.

3. With a penchant for repurposing, a mother-daughter team opened Vintage Redefined, which has a home decor and lifestyle brick-and-mortar shop in downtown Muskegon.

5. A gamer’s paradise, The Griffin’s Rest sells a variety of tabletop and board games as well as collectible card games.

6. Find vintage gems and antiques at The Front Porch.

7. Buy or rent your next bike at CityHub Cyclery, a hip, independently owned bike shop. 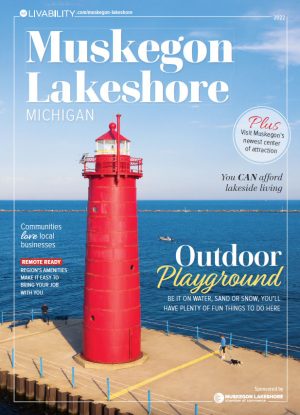 This digital edition of the Livability Muskegon Lakeshore Region is sponsored by Express Employment Professionals Muskegon.