Active lifestyles are as big as all outdoors in Minnesota 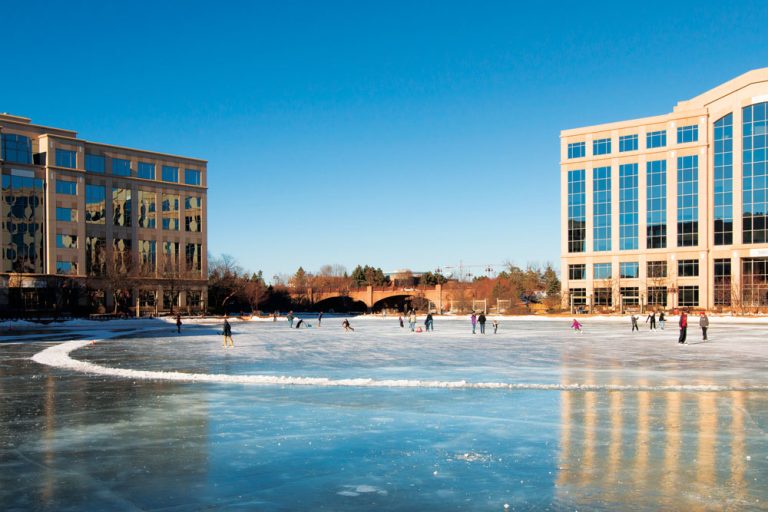 Minnesota is acclaimed for being the Land of 10,000 Lakes, even though there actually are 11,842 of them in the state. What is perhaps not as well-known is Minnesota also is the land of 22,000 miles of groomed trails, as well as 76 parks and recreation areas with more than 1,000 miles of hiking trails.

All of which makes it easy for residents and visitors to get out and enjoy the great outdoors any time of the year, which they most certainly do. Minnesota’s state parks alone attract nearly 9 million visitors annually. “When we talk about our state, one of the first things we mention is our beautiful outdoors and what it means to us,” says Lisa Filter, external relations director for the Parks and Trails Council

of Minnesota. “Just the diversity of the places we have here – the prairie, the lakes, the different forests. You can go across the state and experience totally different environments every place you go. And each of those environments are so important to those local communities.”

How vested are Minnesota communities in their parks?

The Trust for Public Land named Minneapolis’ and St. Paul’s parks and recreation facilities as tops in the nation among 100 large city park systems in 2017. It’s Minneapolis’ fifth year ranked No. 1. St. Paul ranked second for the second year in a row. Scores are given based on the accessibility of the parks, size of the parks and the facilities that are offered.

With more than 227,000 acres to explore just within the various parks and recreation areas, there are plenty of outdoor opportunities in Minnesota. Here is a look at a few of the options:

• Itasca State Park: Minnesota’s oldest state park (established in 1891) is also one of the most famous, since it marks the headwaters of the Mississippi River. You can walk on rocks across the small stream where the water leaves Lake Itasca and begins its 2,552-mile journey to the Gulf of Mexico, becoming the Mighty Mississippi along the way. That is just one of the more than 100 lakes within the 32,000-acre park. “It’s the one park in Minnesota everybody needs to see,” Filter says.

• Blue Mounds State Park: Located in the prairie area of southwestern Minnesota, Blue Mounds’ attractions include a 100-foot quartzite cliff, herds of bison grazing among the flowing prairie grass, and each summer, the beauty of prickly pear cactus in full bloom. The park also is a favorite for birdwatchers.

• Voyageurs National Park: The interior of this park along the Canadian border is accessible only by water, with more than 290 campsites specifically designated for boats and canoes. Approximately 500 islands and 655 miles of shoreline can be explored within the park’s more than 200,000 acres.

• The Blufflands region: This sliver of area in the southeastern corner of Minnesota is the only part of the state that was not touched by glaciers eons ago. As a result, there are a number of dramatic bluffs in the region.

• The Superior Hiking Trail: This 310-mile trail follows the shoreline of Lake Superior for much of its length, providing some of the most picturesque views in the state. The trail travels through six state parks, including Grand Portage, where the highest waterfall in the state – the appropriately named, 120-foot High Falls – plummets to the Pigeon River. The trail is so popular that it won the 2015 “Every Trail Connects” competition held by outdoor recreation company REI.

• Forestville/Mystery Cave State Park: OK, technically this is part of the great indoors, where the temperature stays at a constant 48 degrees. Discovered in 1937, Mystery Cave is the longest cave in Minnesota, spanning more than 13 miles underground. Tours range from easy half-hour walks to intense, four-hour spelunking adventures.

Add in the Chippewa and Superior national forests, as well as the remote, 1 million-acre Boundary Waters Canoe Area Wilderness, and Minnesota has a wealth of opportunities when it comes to outdoor recreation.

“It’s one of the biggest points of pride for many Minnesotans,” Filter says. People know they can come here and experience the joy of being outdoors in these beautiful places.”

Minnesota Raises a Glass to Beer, Wine and Spirits