Minnesota Raises a Glass to Beer, Wine and Spirits

Law changes lift the spirits of breweries, wineries and distilleries in Minnesota 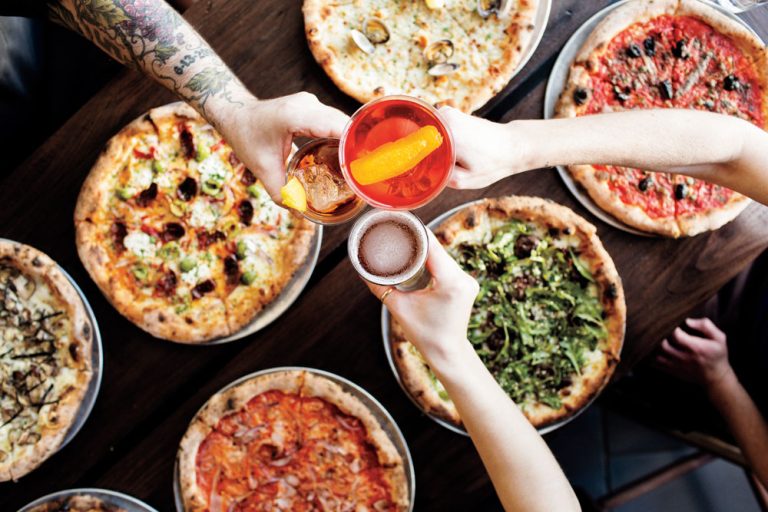 The alcohol-production industry in Minnesota has grown substantially in recent years by getting smaller. Several changes in state laws have made it easier for microbreweries, distilleries and small vineyards to be economically successful.

As a result, the overall industry is expanding like a frothy draft creeping over the edge of a cold mug. More than 110 craft brewers now operate throughout Minnesota, along with over 75 licensed wineries (and five designated wine trails) and 21 distilleries.

“I think the people in Minnesota have been hungry for a long time for a little more micro and a little less macro,” says Chris Montana, who co-owns Du Nord Craft Spirits in Minneapolis with his wife, Shanelle. “What each of us is doing is small manufacturing, but combined, it adds value to the state as a whole.”

The growth in the industry dates to 2011, when legislation was passed allowing local breweries to sell their products directly to consumers rather than through wholesalers. That law was later expanded to include wineries and distillers.

“That has allowed smaller companies to come in and compete, because they have a revenue source and don’t have to have the massive capital investment upfront,” Montana says. “So the law changes were important in order for this to be a business model that can survive.”

That has created a climate in Minnesota where consumers are eager to find new places that are producing different types of beverages than what are typically offered at most restaurants or grocery stores.

“It certainly has become a huge thing for people to do, to go out and be the person who discovers the latest beer or the newest winery or distillery that opens,” says Tami Bredeson, president of Carlos Creek Winery in Alexandria.

“People want to be part of that trend. You can’t just have your standard red wine and white wine, regular beer and light beer. Now a lot of places are looking to have those latest, greatest things out there. Menus are getting changed more often than ever. Customers are coming in asking, ‘What’s new this week.’ They expect that.

“There are magazine and blogs dedicated to listing the newest things that have come out. You’re doing an orange sour beer, or releasing an ice wine from Frontenac that will be the first one in Minnesota. People are waiting to see what’s being released this week – not this year – and then writing and talking about it. That doesn’t happen with a lot of other products. Wouldn’t every company love to have people waiting for the next product like that nearly every week – and to see it become newsworthy?”

The growth in the industry also has translated into increased tourism opportunities. The annual Autumn Brew Review at the historic Grain Belt Brewery complex in northeast Minneapolis brings in more than 120 craft brewers from across the nation. Carlos Creek’s annual three-day Grape Stomp and Fall Festival attracts some 17,000 attendees.

In addition, new breweries and distilleries often bring attention to the surrounding neighborhood. “We’re located in an old abandoned warehouse in an industrial area in south Minneapolis,” Montana says of Du Nord Craft Spirits, which opened the first cocktail room in the Twin Cities metro area in 2015. “When we started, there really wasn’t that much in the area as far as places you could go and hang out. Now we have something this neighborhood can latch onto, and that same story is playing out all over the place. So it’s not just about people coming in and having a drink.”

There also is the simple appeal of keeping things local. Bredeson points out that because Minnesota’s wine industry is relatively small, the various tasting rooms offer a more intimate atmosphere for the customers.

“Visiting a Minnesota winery is a different experience than going to a winery in California,” Bredeson says. “It’s not going to feel real commercial. It isn’t something that’s mass produced. There are a lot more events, where you can sit down with a bottle of wine, listen to free music, visit with the owners. It’s more of a complete experience.

“Being able to produce things locally in smaller quantities gives customers that constant change in what’s available, and you get to experience many more things that way. That’s really engaged the public a lot more in what’s happening. It makes it more interesting for everybody.”