Sports, arts and outdoors combine to put tourism spotlight on the state 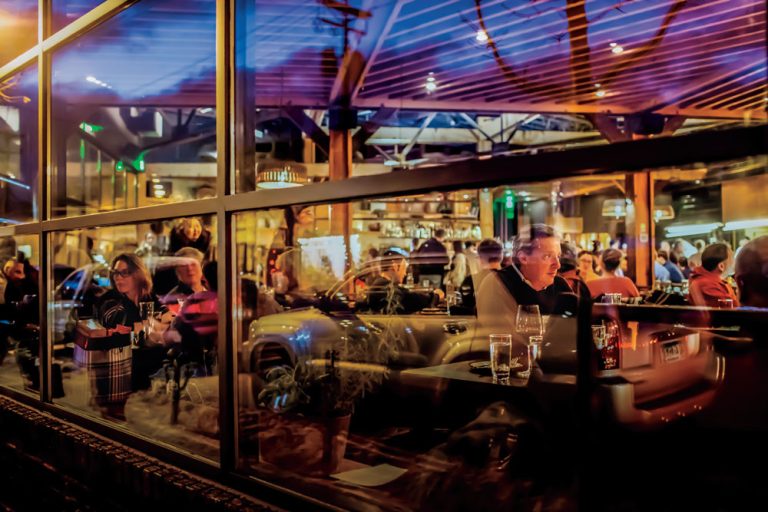 Wlliam Shakespeare famously wrote that all the world is a stage. In Minnesota, the state is becoming a stage that attracts all the world. Minnesota has long received attention for its natural beauty and abundant outdoor recreation opportunities. In addition, the state has one of the most vibrant arts scenes in the nation, with exhibits and performances that attract a worldwide audience.

And more recently, Minnesota has become a big-time player in the world of sports, hosting at least one major championship event every year.

“Minnesota has an incredible diversity of attractions and resources,” says John Edman, director at Explore Minnesota Tourism. “We have the natural beauty, the big sports events and an incredibly thriving arts scene. Put it all together, and it makes us a worldwide attraction. We are truly becoming a growing global destination.”

Revenue at leisure and hospitality businesses in Minnesota grew 41 percent between 2005 and 2015. Tourism in the state has become a $14.4 billion industry, bringing in approximately 17 percent of all state sales tax and generating almost 260,000 full- and part-time jobs. And these are not just regional tourists.

Minnesota welcomed more than 500,000 visitors from Canada in 2015, and another 311,000 international travelers. Edman expects those numbers to increase in the coming years, as a string of high-profile sports events – 2016 Ryder Cup, 2017 X-Games, 2018 Super Bowl and 2019 Final Four – brings even more attention to Minnesota and the state’s numerous tourism attractions.

“That’s having an impact not only on the number of visitors we get for these events, but it’s also putting us on a global stage from a PR standpoint,” Edman says. “When people attend these major events or watch them on television, they’re realizing that Minnesota has a lot to offer. So they start seeing the state in a different way, where they might not have otherwise thought of us as a travel destination. It’s really putting us on the world stage.”

How Law Changes Lifted Spirits for the Beverage Industry in Minnesota

Minnesota’s arts-and-culture scene is also a major draw, with numerous facilities and events throughout the state that entice both locals and visitors. According to Sue Gens, executive director of the Minnesota State Arts Board, there are approximately 1,600 arts organizations and more than 30,000 artists in Minnesota, and the sector as a whole generates $2 billion in annual economic activity.

“One great thing about the arts is they take place throughout the four seasons,” Gens says. “Arts activities happen year-round. In fact, a lot them take place during the months when we can’t be outside as much. “So it’s an important, growing industry in Minnesota. And it’s not just concentrated in the large communities. This kind of activity can be anywhere. We see arts centers popping up all over the state in smaller communities, and all those will be generating new economic activity in the coming years.”

The Twin Cities receive much of the attention from international tourists for their world-renowned arts facilities. These include the Guthrie Theater, the Minneapolis Institute of Art (which attracted more than 100,000 visitors with its recent “Martin Luther: Art and Reformation” exhibit), the Walker Art Center and the Orpheum Theatre (where the blockbuster Broadway musical Hamilton will play during the 2018-2019 season).

“We have arts institutions that put on these phenomenally large shows that draw people from across the country and other parts of the world,” Gens says. “Things that usually just play in New York or Los Angeles, we’re able to bring them here, and that draws people to the Twin Cities.”

There are also a number of arts events in Greater Minnesota communities that have a far-reaching allure, including the Northern Lights Music Festival (held at various venues in northern Minnesota), the Beethoven Festival and Frozen River Film Festival in Winona, the Bayfront Blues Festival in Duluth and the Minnesota Northwoods Writers Conference in Bemidji.

“The world comes to Minnesota in a variety of ways,” Gens says. “We are a place that is blessed with great natural resources, but we’re also a state that has tremendous cultural resources. That combination is why we’re becoming increasingly well-known both across the country and internationally as an extraordinary place to be.”