"There’s the phrase, ‘If you can see it you can be it.’ I feel a tremendous responsibility to give young girls hope." 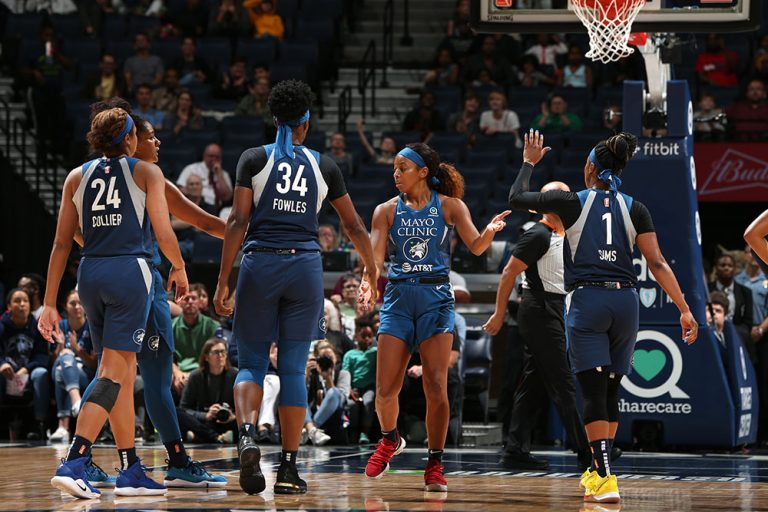 Welcome to Living the Dream, a Livability.com series about people who made their big dreams a reality “” and the places and communities that made it possible. Today, we’re proud to feature an interview with the WNBA’s Cheryl Reeve, head coach of the Minnesota Lynx. This interview has been edited for length and clarity.

Was coaching always on your radar?

It really wasn’t because I don’t think as a young person, you think “˜I want to coach.’ I had been a counselor at a basketball camp when I first made my initial recognition that maybe coaching would be kind of a cool path. It was kind of where I first had that feeling of connecting and teaching and what it felt like to strategize. When I got towards the end of college career, my high school coach contacted me and said, “˜Hey, I might have an opportunity to be a coach here at a university, I would love for you to join.’

It wasn’t something that you necessarily go “˜Yes, this is what I want to do and I’ll do it for 30 years.’ You just get to the end of your playing career and make a decision. You can go overseas and play, but that was just not for me. I knew I didn’t want to leave the game. I was fortunate that coaches empowered me and lifted me up and said, “˜You’re going to be good at this, let’s do this.” And I’ve never looked back. I’ve never thought about doing something different.

What made you love coaching?

The joy you get. Number one, the game is great: all parts of strategizing, all parts of improving an individual on the court. There are so many rewarding things in the teaching aspect of it. Then as you get older, you recognize the impact that you’re having on a young person’s life in the way that you lead; the fact that they see you leading as a female. Basketball is a huge piece of this, but it’s more than basketball. There’s the phrase “˜If you can see it you can be it.’ I feel a tremendous responsibility to do that. And give young girls hope.

What does it mean to you to be able to use your platform to make sure more women have coaching or leadership opportunities in the future?

When you’re younger, you don’t necessarily recognize the power of that. For me, it was in my 40s that I started to be aware of what shaped my ability to be in the career that I am and to enjoy some of the success that we’ve had.

I just look at the ways that the women in my life mentored me, whether I knew it at the time as it was happening. You want to pay it forward. I want to make sure that women are getting opportunities to coach if that’s what they want to do. If it’s not coaching, if it’s something else, I have tried to impact those people around me. I feel like my job is to help them get there and empower them to do those things because I was fortunate enough to be empowered.

You had a line in your Player’s Tribune piece that said “œBut there’s no greater champion I can be than one for other women.” Why is mentoring and fostering collaboration between women important?

Men went first. They have far more experience. Women are now embarking on territory that we just haven’t been exposed to for all that long. Professional sports are all very new for us. I think that as we’re gaining knowledge around this and the ways that we can help each other, I think we’re getting better and better at it.

What advice do you have for women in other sports who aren’t making a living as athletes?

What comes to mind is to be unafraid to ask for more, to demand more, and to recognize there are growth inequities. You feared retribution, if you said anything. You feared that they might take away even what you do have, you know, that the crumbs that you do have. This generation, led by the women’s national soccer team, they’re unafraid. They understand their worth, and that’s what I want women to do “” understand our worth. We have tremendous value. It has not been told to us enough. We have tremendous value and we are a growth market and whether people see it right now or not, it’s not our fault.

We know we’re worth investing in. It’s not just the women’s job to advance women’s sports. Men’s sports didn’t get where they are very fast. It’s taken decades for men’s sports to see the level of success that they have, and there’s still a misnomer that all men’s sports are profitable, which simply does not happen. The narrative around women’s sports is that no one’s watching and it loses money, and that’s just simply not true. And we have some people in high places that unfortunately have created the narrative that we have to work very hard to change and we have to believe in ourselves and drag on and be unafraid. Lead with courage.

You are known as being an outspoken advocate of not just women’s basketball, but all women’s sports, as well as other social justice issues. Why is being outspoken important to you?

It comes from having been fortunate enough to start coaching right out of my playing career. Through the course of many, many, many, years of coaching a women’s sport, you just get to a certain point where you get tired. You get tired of being a sport that is not invested in because we’re women. Certainly opportunities have gone way up and certainly the interest is much higher than we get credit for.

Getting a little more outspoken about it and calling it like you see it, I think it’s important. Because I think that when you shine the light on things, you have an opportunity for change. That’s kind of what I’ve been about.

Do you fear retribution? Did you ever worry about being so outspoken?

Some [people] say there’s a way to go about things, which is certainly true, but at the end of the day, the fact remains that there are gross inequities and women need to have the courage to speak out on those things.

I’m not afraid because I got to a certain point in my career that I want to align myself with people that share my values. I’m thankful that Glenn Taylor, our ownership, he has created an environment where he has empowered our players and women in the community. And if it wasn’t that way, if Glenn says ‘Cheryl, I don’t want you to use your platform the way you’re using it,’ I would go somewhere else. I probably wouldn’t have done that 20 years ago.

Some of it is you get older, and you go, “˜I don’t care what people think.’ And that’s a beautiful place to be, when you just don’t care what people think and you get to be yourself. I am so fortunate that I get to live that life. I get to be myself and be open about my beliefs and to share and to lead in the way that I want to lead. It’s a beautiful thing. Not everybody has that. I’m so thankful and appreciative of what I have here. I’m very, very lucky.

You’ve been with the Lynx for 10 years this year. What do you like about living in the Twin Cities?

It’s a tremendous community. It really is. When you come to a place that you’ve never lived before, you don’t really understand the ins and outs until you get in the trenches with it. And when I first got here, Lindsay Whalen said to me, “˜Coach, if we win they’ll come.’ This is a great sports area and she was so right.

I think we had solid support before the big time winning and now we’re one of the best in the league. I do think that our media “” as much as I don’t think they do enough “” is certainly better than other markets. I think that they’ve been a big part of the popularity of our team.

Why Minneapolis, MN is a Great Place to Live

I’m here in market year round, and I don’t go out without running into someone that recognizes me and says something about our team. It’s just a credit to this market “” they are highly engaged in their communities. I’m very fortunate that sports are something they’re interested in. We’ve been a beneficiary of (the community support). The way that we have felt, the way we’ve been embraced, it’s just been an unbelievable time. I don’t want to be anywhere else.