These Cities Thrive During the Winter Months

From Michigan to Massachusetts and Minnesota, these cities come alive during the coldest part of the year. 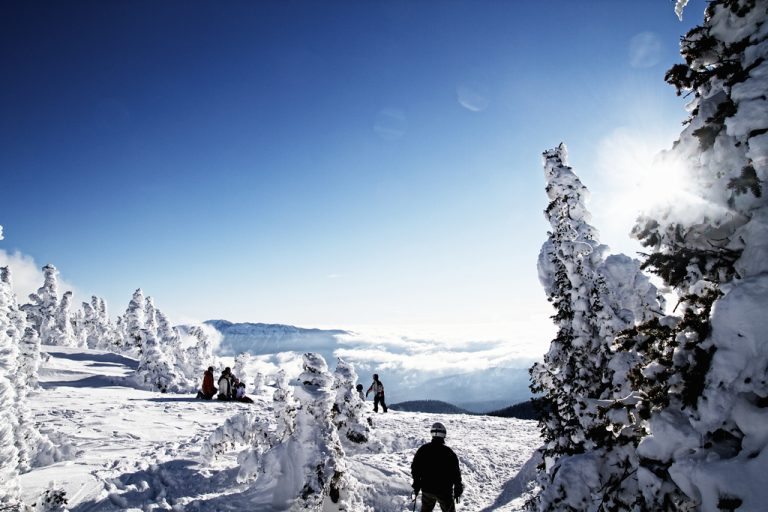 Bulky coats are being brought out of storage, morning frost lingers on windshields, and many parts of the country have experienced the first snowfall of the year — winter is most certainly here.

Some people dread the arrival of this time of year, but for those who relish the cold weather and snowflakes, we’ve compiled the top cities that can be considered your winter match made in heaven.

To help compile our top picks for the absolute best winter cities in North America, we tapped winter city expert Patrick Coleman, founder of the Winter Cities Institute. The Winter Cities Institute identifies, promotes and shares the positive attributes of winter living, new concepts in architecture and urban design, and success stories from those places that are thriving in the North.

Coleman and his team define a “winter city” as having an average January temperature that dips below freezing; this was a guiding factor for the final list, as well as other livability checkpoints, including winter activities and events, health and wellness and ongoing dedication to making the most of weather conditions that might not be favorable.

Coleman states, “Some northern or ‘winter cities’ find the winter season can be a place-making asset and attract new residents and business opportunities. These cities embrace the winter season and work to develop a winter culture that truly celebrates snow and cold.”

So with that in mind, we give you four cities that thrive during the winter months.

Minneapolis is possibly the coldest city on our list, but it embraces the freezing temps with tons of winter activities — namely, winter biking. As a result, Minneapolis has quickly become the center of the winter biking scene. It hosts the Winter Bike Expo each December, where winter biking enthusiasts gather to ride their bikes, demo new products and learn about how to “better” their biking commute in the winter months.

Interested in winter biking but don’t have a bike? Minneapolis-based Velolet is a bike rental company that offers year-round bike rentals across the U.S. and carries winter-friendly bike frames so you can try them before you buy.

Cambridge is an East Coast city that is no stranger to lots and lots of snow, but its community members take the snow in stride. Who says you can’t have a farmers’ market in winter?

Cambridge hosts a Winter Farmers Market at the Cambridge Community Center so people can buy fresh foods grown and made in Massachusetts during the cold months. The city is also experimenting with a protected bike lane design for snowy conditions and gives winter bikers everything they need to know to stay safe and warm on its city website.

Tucked away in the Upper Peninsula of Michigan, Marquette is a winter mecca with a strong cold-weather culture. The city boats free ice skating in its quaint downtown all winter long and fantastic cross-country skiing and downhill skiing right in its city limits. It also pays close attention to its winter pedestrian routes throughout the city, including regular plowing of its lakeshore biking and running/walking paths for active community members.

One of the snowiest cities in North America, Houghton’s master plan expertly addresses the challenges of winter livability. With the most extensive snowmobile trail system in the state of Michigan, you can enjoy 230+ miles of exquisitely groomed trails and participate in dogsledding fun. Downhill and cross-country skiing are also readily available with Mont Ripley Ski Area and Mount Bohemia nearby. Winter in Houghton is always a good time.