Whether you've vowed to exercise more or spend less, these cities will help you keep your resolutions. 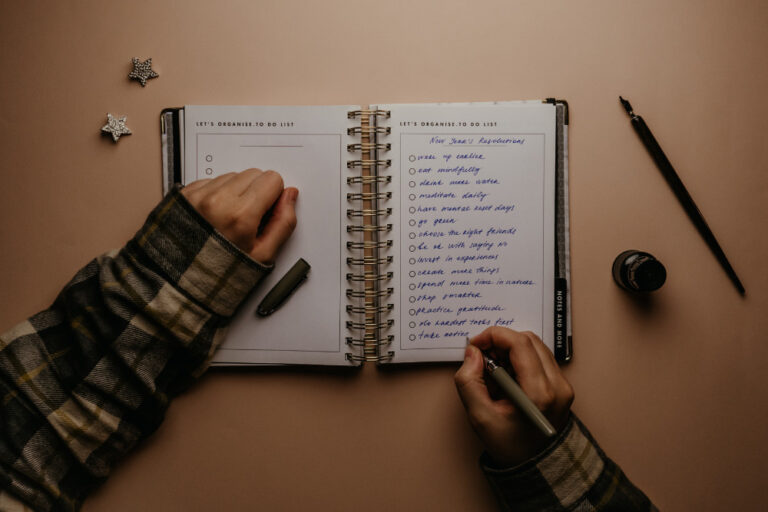 Whether you’ve vowed to exercise more or spend less, these cities will help you keep your resolutions.

Taking time at the beginning of the year to reflect on the past and make plans for the future is a tradition that dates back some 4,000 years. The Babylonians are believed to have been the first to make resolutions at the dawn of a new year. During a 12-day festival, they resolved to pay the gods what was owed to them. The ancient Romans and early Christians followed a similar practice of making promises to better themselves each new year.

Today, studies show that nearly half of Americans make New Year’s resolutions — although less than 10 percent of people who make resolutions actually keep them. But if you count yourself among that group, check out our list of The Best Places to Fulfill Your New Year’s Resolutions.

Best Places to Get Fit and Healthy

Home to the Pentagon, Arlington, VA, is a great place to work on your fitness goals. Parks, trails, and a host of public and private fitness centers make it easy for residents to get a workout between defending the country. As a result, more than 86 percent of residents regularly engage in some form of physical activity.

Snow is no excuse for Minneapolis, MN, residents who find ways to stay active year-round. From cross-country skiing in the winter to hiking, biking and kayaking in spring and summer, the city offers many opportunities to exercise.

Bridgeport, CT, might be your place if your resolution includes a healthier diet. Residents enjoy access to locally grown fresh fruits and vegetables at farmers’ markets across the city, and fresh fish and seafood pulled straight from the sea. In addition, many of the city’s restaurants provide healthy options for calorie counters.

If you resolve to stay healthy, Madison, WI, is a good choice. With five general hospitals — including UW-Madison School of Medicine — and more than 20 medical clinics, finding health care is accessible in Madison. The city also boasts a low percentage of uninsured residents and a high doctor-patient ratio.

Best Places to Save Money

If your New Year’s Resolution is to save money, relocating to a more affordable city might be a logical first step. The median household income in Cedar Rapids, IA, is $63,170 — right in line with the national median. However, most residents in Cedar Rapids spend less than 24 percent of their annual incomes on housing, and they also pay less for utilities than most Americans. Not only that, but the city also offers several family-friendly activities and events for free.

Low housing costs help residents of Sioux Falls, SD, save a little green. The cost of groceries and utilities is also lower than the national average. Bismarck, ND, is another affordable option, where families spend less than 23 percent of their salaries on housing costs.

Close proximity to Austin, TX, is one of many amenities Round Rock residents enjoy. Good schools, access to high-quality health care and a comprehensive park system round out the list. In addition, high-paying jobs — the median household income is $86,587 — and the lack of a state income tax makes pinching pennies a lot easier.

Carson City, NV, is worth a look if you’re looking to maximize your retirement funds. Access to several outdoor recreation opportunities coupled with mild temperatures, low humidity and 300 days of sunshine make this a great place to get a fresh start. The city’s amenities also come with an affordable price tag.

If you resolve to travel more in 2023, consider making one of these cities your home base.

A central southeastern location makes Nashville, TN, an excellent place for wanderers. Hop on I-24, I-40 or I-65, and you are a day’s drive from nearly half the country. In addition, the city’s international airport, which offers 380 daily flights, was recently renovated to add even more amenities for travelers, including a live music stage and health care clinic.

Fort Worth, TX, is located just a few miles from two major airports that allow travel anywhere in the world. American Airlines is based at DFW International Airport, and Dallas’ Love Field is home to Southwest Airlines.

Known as the “Gateway to the West,” St. Louis, MO, offers easy access to a large portion of the country, whether by train, plane or automobile. Missouri boasts the seventh-largest highway system in the United States and some of the least congested roadways. The Lambert-St. Louis International Airport is the largest in the state, serving more than 12 million passengers each year.

If you are a traveler looking for that Rocky Mountain high, chances are you’ll fly through Denver, CO. The Mile High City and its surrounding communities offer more than just a layover; the region boasts a vibrant arts and culture scene and a thriving farm-to-table culinary scene.

The majestic mountain backdrop that frames Vancouver, WA, might make it difficult to leave. Still, if you do, Portland International Airport — less than 15 minutes away — offers direct connections to major domestic hubs and non-stop international flights to Canada, Mexico, the United Kingdom and Japan, among others.

If you are one of the 12 percent of Americans who resolved to read more, these bookish cities are great places to start. Charlottesville, VA, boasts nearly two dozen bookstores, many of them independently owned, including 2nd Act Books in downtown Charlottesville. Bibliophiles are in good company here. Edgar Allan Poe, William Faulkner and John Grisham have all called the city home.

In addition to award-winning breweries and coffee shops, Portland, OR, is also home to the world’s largest independent bookstore, Powell’s City of Books, which boasts five floors and thousands of titles. Powell’s is one of more than 100 bookstores in Portland, making this West Coast city a book lover’s paradise.

A love of reading is instilled in even the youngest residents of Charlotte, NC. The Charlotte Mecklenburg Library partnered with the Children’s Theatre of Charlotte to open ImaginOn: The Joe & Joan Martin Center, which offers literary and drama programming for children and their families.

The Laramie County Library in Cheyenne, WY, is one of the most popular gathering spots for teens and tweens. A Library Cafe, board games and computer stations are a few of the amenities that keep kids packing the library after school and on weekends.