A Guide to Prince’s Favorite Places in Minneapolis 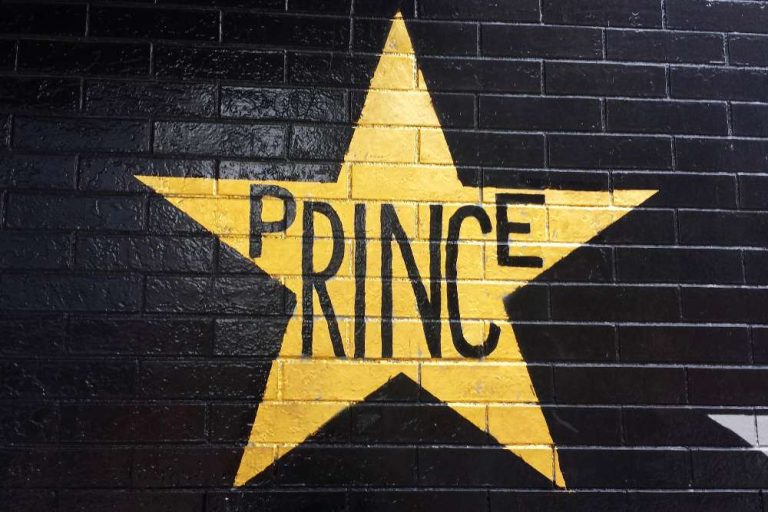 Courtesy of Jenni Konrad under a CC 2.0 license.

No matter how famous the Purple One became, the musician born Prince Rogers Nelson stayed true to his Minnesota roots. In the years before his 2016 death, he lived full time at his 65,000 square foot residence and recording studio Paisley Park in suburban Chanhassen, about 20 miles from downtown Minneapolis.

There are now more than a few different ways for visitors to the Twin Cities of Minneapolis and St. Paul to get a feel for “Prince’s Minneapolis.” Paisley Park is now a museum managed by the same company that runs Elvis Presley’s Graceland, and Waconiaville Tours runs a three-hour bus tour called “Prince The Tour.”

The convention and visitors bureau of Minneapolis, Meet Minneapolis, has even developed a self-guided tour to the most purple places in the city — from Prince’s 1958 birthplace at Mt. Sinai hospital (which is now the Phillips Eye Institute) to the white, two-story house on Newton Ave. North that was his childhood home and where he wrote his first song, “Funk Machine,” on his dad’s piano when he was only seven years old.

Be sure to check out First Avenue, the downtown club where Prince’s 1984 rock musical Purple Rain was filmed and where a star with his name on it is painted on the wall outside, and the North 5th Street address where Prince opened his Glam Slam nightclub in 1989 (Cowboy Jacks now inhabits the space).

Prince visited his favorite record store The Electric Fetus in Minneapolis’ Stevens Square neighborhood just five days before he died. Whether you’re an obsessive music lover like Prince or more of a casual fan, it’s easy to spend an hour or two browsing the racks here, which are stocked with everything from classics to local bands.

At Paisley Park, which tour guides call Prince’s “own private sanctuary,” visitors can take several different tours (ranging in price from $38.50 to $160) and pay their respects in the 1987 complex’s sunny atrium, where an urn housing Prince’s remains sat on display in a glass case on the cloud-covered wall for many years.

Just don’t sit on any of the purple couches! Guides warn not to touch any furniture or artifacts unless they say it’s allowed.

Intensely private, Prince didn’t allow cell phones at Paisley Park, and they still are off limits — as are his residential areas upstairs. But visitors can play ping pong on Prince’s table (apparently he was really good) in one of his four recording studios and check out many of his beautiful guitars and pianos as well as clothing and memorabilia. For decades, Prince hosted dance parties at Paisley Park and would sometimes make a late night appearance himself, though partygoers never knew if they would see him perform, DJ or even catch a glimpse of him at all.

Seeing all the amazing outfits — from the polka dot suits and crop tops from his Lovesexy tour to his iconic Purple Rain trench coat — on display brings home just how tiny Prince was. His driver’s license said he was 5’3” but guides suggest that might have been while he was wearing the 4-inch heels that he favored.

The “When Doves Cry” singer kept two doves, Majesty and Divinity, as pets and there are still doves living at Paisley, in a floor-to-ceiling bird cage on the second floor balcony.

In Prince’s gold-walled office just off the atrium, everything is just as he left it, with photos of family and friends, recent vinyl purchases and a stack of books, including “Egypt: Gods, Myths and Religion” and an Oxford Bible on an end table. Inside Paisley Park’s massive sound stage, curators have set up Prince’s purple Yamaha baby grand piano from his “Piano and a Microphone” tour, which he kicked off in the space in January 2016, as well as his purple 1999 Plymouth Prowler and other cars and memorabilia.

Next door, the more intimate NPG music club, which can hold 200 people, is still open on some Saturdays for Paisley Park After Dark parties — playing Prince tunes, of course.