Existing companies are expanding, new ones are arriving 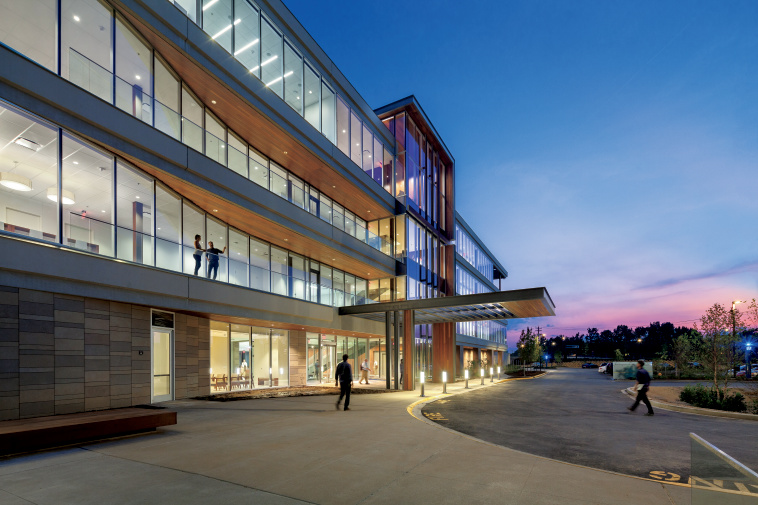 It’s good to be a construction worker these days in Chesterfield.

Many construction projects are currently taking place thanks to new companies relocating to the city, while some existing companies are expanding their facilities. One new arrival is Solid Gold Pet, which makes cat and dog food and moved its headquarters from South Carolina to Chesterfield in late 2016.

The company markets itself as America’s “first holistic pet food” and has 25 employees in Chesterfield along with 25 sales associates located throughout the country. Officials say the move to Chesterfield brings them closer to their supply chain and manufacturing facilities in Missouri and Kansas.

“Our city’s overall location on the Interstate 64/US 40 corridor is a big attraction to businesses, and a lot of growth is yet to come,” says Libbey Tucker, City of Chesterfield assistant administrator. “We are an attractive community because we have an excellent school district, plenty of shopping, diverse dining and top-rated health care at St. Luke’s Hospital.”

Tucker points out that sports tourism has boomed in Chesterfield in recent times, and the city hosts more than 1 million visitors a year who attend regional baseball, softball, soccer and other tournaments.

“As a result, three more hotels will open here in 2017 to accommodate visitors,” she says. “Marriott Courtyard opened in the first quarter of 2017, and also opening are a Holiday Inn Express and a TownePlace Suites.”

Also related to sports and currently under development is POWERPlex, a company whose ownership includes St. Louis Cardinals manager Mike Matheny. POWERPlex will be an eight-acre dome with several sports fields where baseball can be played year round.

“In addition, POWERPlex will have a restaurant, hotel component, an urgent care facility, indoor volleyball, basketball and more,” Tucker says.

Also arriving in Chesterfield in 2017 is Topgolf USA Chesterfield, an entertainment complex constructed where the former Hardee’s Iceplex stood. Topgolf features 100 heated or air conditioned golf hitting bays on three floors, and the facility has a full restaurant, bar and corporate meeting space.

Other companies enjoying success in Chesterfield include Reinsurance Group of America, which now has more than $50 billion in assets; and STLVentureWorks, a business incubator near the airport that offers reasonably priced office, warehouse and production space for startup and early stage small- to mid-sized businesses.

In addition, Pfizer is expanding its Chesterfield facility to further its biologics research for injectable medicines like insulin. The pharmaceutical giant currently has operations in both Chesterfield and Weldon Spring and will consolidate into a new $200 million facility on W. Chesterfield Parkway, with construction scheduled for completion in 2020.

“Mercy Virtual doesn’t have a waiting room or a single hospital bed in the facility, yet we care for patients in 38 hospitals across seven states,” says Kerry Olliff, Mercy Virtual sales operations manager. “The clinical teams care for patients using cameras, monitors and advanced analytics, making health care more accessible, affordable and effective. The care is provided virtually to the patient in the hospital or even in the comfort of the patient’s home.”

“We have constructed a 400,000-square-foot laboratory building that includes 36 new greenhouses, making our Chesterfield campus a true center of excellence for our regulatory, biotech and chemistry operations,” says Teresa Crossland, director of facility strategies and global real estate for Monsanto.

“We have about 1,200 employees in Chesterfield, and our corporate headquarters remains in nearby Creve Coeur,” Crossland says. “Chesterfield city officials worked well with us on our expansion initiative. They are very pro-business.”