Chesterfield is the perfect place to call home 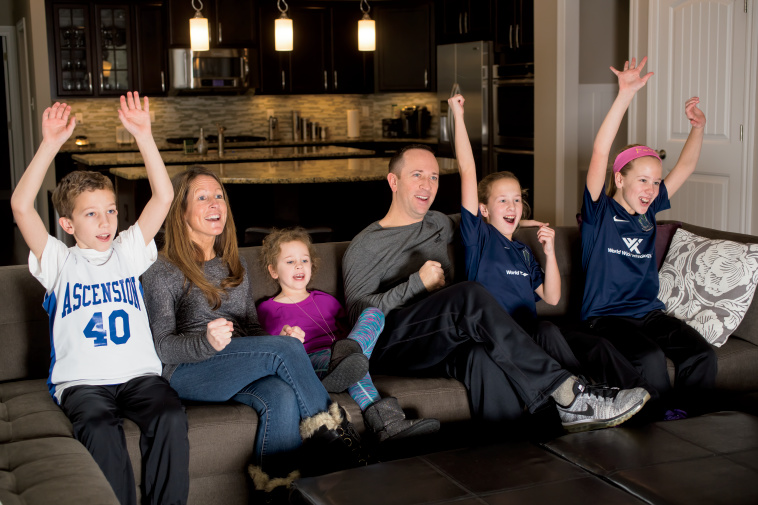 In little more than a quarter century, Chesterfield has taken advantage of its relatively short existence to plan and create a community that features acres of green space, highly rated schools, a thriving commercial district and a bevy of housing options within a short drive of downtown St. Louis.

“Chesterfield is an interesting community. It’s kind of a blend of the old and the new,â€ says Ryan Miano, who grew up in Chesterfield and then returned after college to help start a family-owned frozen custard business. He now is the owner of Orca.Digital, a digital marketing management company, and the father of two sons who are in middle school.

“I love it here. I’ve traveled quite a bit and I’ve lived in some pretty great cities, but I would put Chesterfield in the top five of the communities I’ve lived in, just in terms of diversity and things to do,â€ he adds.

Prior to 1988, Chesterfield was an incorporated region, known to some as West County, located about 25 miles west of St. Louis. Despite the expected growing pains associated with a new municipality – from buying its first snowplows to establishing a police department – the city along Interstate 64 has grown to almost 48,000 with much to offer its residents, bouncing back from a devastating flood along the way.

Recreational options abound with more than 488 acres of city-owned parkland, as well as several county parks, including the 200-acre Faust Park that features the 1920s-era St. Louis Carousel, the Thornhill Estate and Faust Historic Village.

Chesterfield has more than 20 miles of running, walking and biking trails, including the wooded Riparian Trail that meanders along Chesterfield Creek through the heart of the city.

“I kind of like a more suburban setting, greenery and nature, trails, lakes, parks, things like that,â€ Miano says. “Chesterfield has some pretty great community amenities.”

For an active family with children, Chesterfield offers a wide range of opportunities, says Amber Rogan, who with her husband, David, have four children between the ages of 5 and 11.

“We’re rarely home,â€ says Rogan, who moved into their current neighborhood about two years ago, but moved to Chesterfield in 2009 after living elsewhere in the area. “We’re out enjoying the things the city – and for our kids sportswise – has to offer us.”

Chesterfield Commons is a massive retail area including Walmart, Best Buy, Target and The Home Depot among its more than 130 stores, which includes more than three dozen restaurants. The Chesterfield Valley development is in the area formerly known by locals as Gumbo Flats, which was rebuilt after the Missouri River flooded the area in 1993 when the levee broke.

The multitude of dining options is a huge benefit, says Amber Rogan, who eats a gluten-free diet.

“There are lots of options in Chesterfield, and, it’s getting easier and easier,â€ she says, referring to the restaurants now offering gluten-free items on their menus. “There are some non-chain restaurants here, and they’re really accommodating . EdgeWild is a pretty popular little place that opened up a few years ago. I just went there for the first time about a month or so ago, and it was amazing.”

Lambert–St. Louis International Airport is only about 15 miles from Chesterfield, and access to St. Louis and its attractions is relatively easy.

“Another reason we like it is the location to the main highway,â€ Rogan says. “I can be on the highway in two minutes from our house to get to downtown St. Louis.”

From a family standpoint, Rogan says the low-crime rate in Chesterfield is both important and reassuring, as is the commitment to quality education in the highly rated public school districts and private schools, including the Catholic school, where their children attend.

“We will always want to live in a community that has top-rated schools,â€ Rogan says.

“I love it here. I’ve traveled quite a bit and I’ve lived in some pretty great cities, but I would put Chesterfield in the top five of the communities I’ve lived in, just in terms of diversity and things to do.”