This city is a regional retail powerhouse 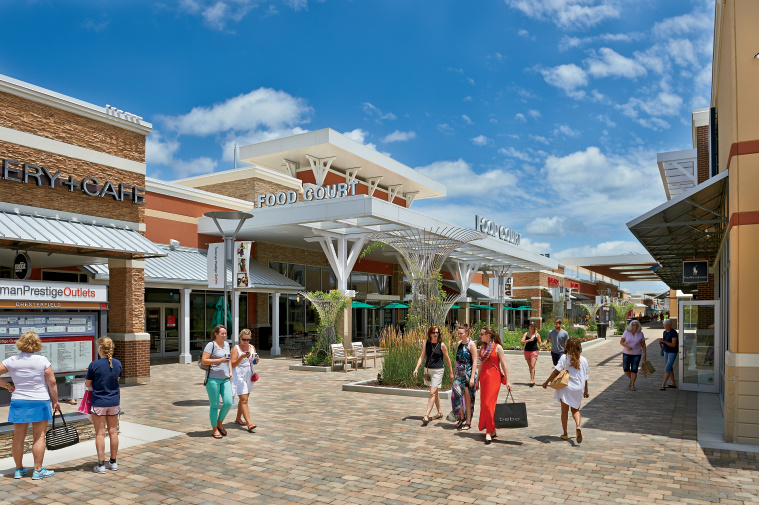 Not long ago, the 2 miles along U.S. Highway 40 now occupied by Chesterfield Commons was a stretch of corn and soybean fields. As the city of Chesterfield grew in population, developers recognized the city’s advantageous location and demographic mix, and the St. Louis suburb became a highly sought after location for the retail industry. Today, Chesterfield Commons, the nation’s largest open-air retail center boasting more than 130 stores and 30 restaurants, is a centerpiece of what has become the retail hub for the greater St. Louis region – a hub that also includes Chesterfield Mall, St. Louis Premium Outlets and Taubman Prestige Outlets.

Chesterfield Mall sits on 30 acres anchored by national retailers Macy’s, Dilliard’s and Sears. The mall features sought-after brands, such as H&M and Pottery Barn, and is home to the only American Girl store in Missouri. The mall also houses several restaurants and AMC Chesterfield 14.

“Chesterfield Mall originally opened in 1976, and was immediately loved by the surrounding community because of its unique blend of national and local retailers, which cater to a wide variety of shopper interests,â€ Voyles says. “The mall is geographically suited to serve, not only Chesterfield, but a large portion of western St. Louis County and the region as a whole. We feel that our broad selection of retailers brings in a diverse demographic of shoppers. Tenants, such as Cheesecake Factory, AMC theaters and the mall carousel, appeal to every member of the family and enhance their quality of life.”

“St. Louis Premium Outlets is not only the premier shopping destination, but also a major community gathering place, as well as the leading employer in Chesterfield. In addition, the center is dedicated to giving back to the Chesterfield community and greater St. Louis and Southern Illinois areas by partnering with organizations to help affect change, including the Simon Youth Foundation, Susan G. Komen Missouri, the Arthritis Foundation and Wings of Hope,â€ Bethel says.

While having four major retail centers located in one city has increased competition, Taubman Prestige Outlets General Manager Colleen O’Neil says the competition has been good for the industry and good for the region’s economy.

“All of us in the Chesterfield area work together to give residents plenty of choices when it comes to retail. Residents don’t have to leave the area to find both nationally recognized and specialty brands,â€ O’Neill says. “That’s good for the economy because it keeps dollars local while also attracting visitors, which expands the regional tax base.”

“All of us in the Chesterfield area work together to give residents plenty of choices when it comes to retail. That’s good for the economy because it keeps dollars local while also attracting visitors, which expands the regional tax base.”