Cherry Mash Candy and Jesse James are just a few of the things that put St. Joseph on the map. 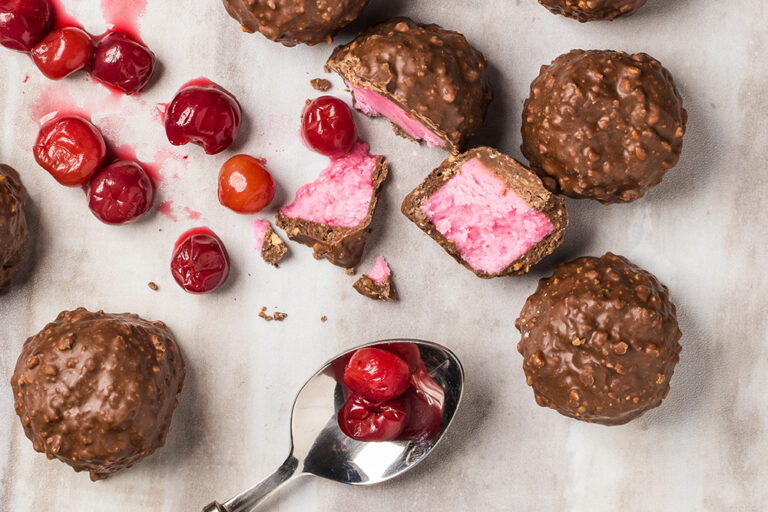 You may know that St. Joseph, Missouri, has a rich history as the Gold Rush-era gateway to the West or that it’s the self-proclaimed Tenderloin Capital of the World, but you may not know lots of other things that put St. Joseph on the map.

St. Joseph‘s slogan is “Made With Uncommon Character” thanks to the trailblazers who turned the town from a trading post into a thriving Western city and to the amazing architecture that the resulting economic boom left for future generations and to the modern residents who offer locals and visitors alike fascinating museums, unique green spaces and cultural and culinary delights galore.

“We have a lot to offer that people don’t realize we even have here, and when they do realize there’s so much, it’s very exciting,” says Kami Jones, communications director at The St. Joseph Museums. “There are lots of free community activities, almost every day. It doesn’t matter what your interests are, there’s something for you.”

1. St. Joseph is where outlaw Jesse James was killed.

In St. Joseph, they say it’s “Where the West began and Jesse James ended,” because it was the last place to get supplies before heading west, as well as the place Jesse James met his maker. In 1882, Jesse James, who started his life as an outlaw when he was just a teenager, was living in St. Joseph, renting a house under the assumed name Tom Howard. James was planning another heist and recruited brothers Bob and Charlie Ford to help him. Bob Ford decided that the $10,000 reward being offered for James was easier money than robbing a bank and shot James in the head. He then traveled the country re-enacting the dramatic scene until he was killed in a saloon fight. You can learn more about the story at the Jesse James Home Museum.

St. Joseph’s residents are proud of their past with an eye toward the future, and nowhere is that more evident than the 14 museums within the city. The museum complex on Frederick Avenue includes the Glore Psychiatric Museum, the Doll Museum, the Black Archives Museum, the History Galleries and the Native American Galleries. The list goes on to include historic properties including the Wyeth-Tootle Mansion, the Patee House Museum, the Robidoux Row Museum, the Pony Express National Museum, the Jesse James Home Museum and Mount Mora Cemetery. Contemporary museums include the Albrecht-Kemper Museum of Art, the Remington Nature Center, and, coming soon, a brand-new Children’s Discovery Center.

12 Fun Things To Do in St. Joseph, Missouri

Sampling a local tenderloin (or two), exploring the area’s history and touring craft breweries are just a few things you won’t want to miss.

Though Marshall Mathers III moved to Detroit when he was just 11 and Motor City is where he made his claim to fame, the boy who became Eminem has his roots in St. Joseph. Another famous resident was Walter Cronkite, who covered Watergate, the Kennedy assassination, and the moon landing for the CBS Evening News and was nicknamed “the most trusted man in America.” A memorial chronicling his life and career is on the Missouri Western State University campus.

4.  You can stay in a Harry Potter themed bed and breakfast (among others).

St. Joseph is full of historic homes from the Gold Rush era and many enterprising modern day locals have turned them into bed and breakfasts. Among the interesting options are The Hallows, a house rental that has a Harry Potter theme throughout; the Chase Mansion (an Airbnb), once the home of the Chase Candy Co. founder; Whiskey Mansion Inn, which was built in 1884 by local whiskey barons and was rescued from condemnation in 1992; The Vineyard Mansion, a restored Romanesque revival that’s now a B&B with a sister property; and the Shakespeare Chateau Inn Bed & Breakfast, where the Hallmark movie “Christmas at the Chateau” was filmed.

If you tune in to home renovation shows on HGTV, love scrolling through old house accounts on Instagram and dream of owning a historic home — but without a million-dollar… END_OF_DOCUMENT_TOKEN_TO_BE_REPLACED

Doctor-turned-businessman George Washington Chase owned the bustling G.W. Chase & Son Mercantile, and in 1918, the Cherry Mash was born. The mashup of chocolate and cherry is a national favorite today and more than 100 years later, it is still being made in St. Joseph.

The first ready mix for pancakes was invented in a St. Joseph kitchen in 1889. Later known as Aunt Jemima pancake flour, it was produced at Aunt Jemima Mills starting in 1913. Quaker Oats bought the brand in 1926 and operated in St. Joseph until 2001. Aunt Jemima recently appeared in headlines when it was rebranded back to its original St. Joseph name from 1890, Pearl Milling Company. Though the stereotypical image of a “mammy” is offensive by today’s standards, for Nancy Green, the Aunt Jemima Mills company spokesperson, it was life changing. Green, a former slave from Kentucky, held the role from 1890 to her death in 1923. She was an activist, ministry leader and philanthropist who was proud of her role, which oftentimes gave her access to places many Black women were not permitted to go during the era of segregation, such as staying as a guest at a hotel.

Several buildings in downtown St. Joseph are painted with colorful murals that celebrate the region’s history and culture, with themes including the western expansion, Native American heritage, the Pony Express and the area’s most well-known musicians.

8. A local mini-golf complex that opened in 1948 is still in operation today.

Cool Crest, a mini-golf complex that first opened in 1948, is known not just for its family fun, but as the best local spot for a first date and shareable root beer floats at the end of the course. When it closed at the end of the 2017 season, locals feared it would be demolished or sold to developers, but another local mini-golf company, Joe Town Mini Golf (known for its own post-golf dessert: fluffy shaved ice with ice cream or a snow cap) bought it and restored the course. Now, both courses will offer fun for everyone for many years to come.

Why St. Joseph, Missouri, Is a Great Place To Raise a Family

St. Joseph has an affordable cost of living, great family-friendly amenities and educational opportunities. Local parents share what they love about raising a family in St. Joe.

9. You can have tea with witches in an art museum.

Each year, the Albrecht-Kemper Museum of Art hosts a Halloween Witches High Tea, where guests come in costume, sit a spell and sip magical brews. In addition to their permanent and rotating collections that are open for viewing, the museum hosts monthly events like art classes for kids and adults and special events like Breakfast with Santa.

10. The best party in town happens on the Parkway.

The Parkway, the 26-mile greenway of paths that interconnects parks throughout the city, also has community events that draw people to enjoy the city’s greatest asset. Parties on the Parkway take place on the second Thursday evening of the month from May through September along different points throughout the Parkway and feature live music and food and drink vendors.

This article was sponsored by the St. Joseph Chamber of Commerce.