6 Reasons St. Louis is a Great Place to Live

Gooey butter cake, The Loop among reasons to move to St. Louis 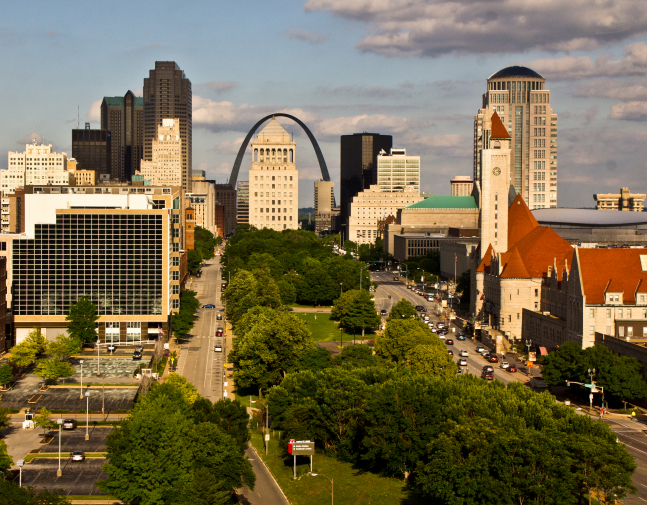 Meet me in St. Louis, a river port city celebrated for its diverse cuisine and interesting attractions. Often identified with the Gateway Arch, St. Louis has a lot to see and experience. We’ve listed just a few of the things to do and places that help make this one of the most livable cities in the U.S. Take a look and tell us what things you’d add to this list if someone asked you, “What’s in St. Louis?”

1. St. Louis has gooey butter cake, authentic Italian food and its own style of pizza.

Gooey butter cake. It’s a dessert made in St. Louis and is always sweet, rich and delicious. Another St. Louis cuisine original is toasted ravioli, coated in breading and then fried, with restaurants in The Hill neighborhood serving some of the best along with authentic Italian specialties. The city also has its own St. Louis-style pizza, made with a thin and crisp crust topped with provel cheese comprised of provolone, cheddar and Swiss. Get this great style of St. Louis pizza at restaurants like Imo’s and Cecil Whittaker’s.

As colorful as a Jackson Pollock painting, Forest Park welcomes 13 million annual visitors to its 1,371 acres, which is twice as large as Central Park in New York City. Travel+Leisure names Forest “one of America’s coolest city parks and one of the world’s most beautiful city parks,” with attractions like The Muny amphitheater along with free venues such as St. Louis Art Museum, St. Louis Science Center, St. Louis Zoo and Missouri History Museum.

4. The Arch is always cool, even if you’ve seen it a million times.

With 16 eye-like windows on each side of its lofty observation deck, the 63-story-tall Gateway Arch provides up to 160 visitors a view that extends 30 miles in either direction on a clear day. The stainless steel and concrete iconic landmark along the Mississippi River opened in 1967, and two tram capsules leave every five minutes to transport passengers at 3 miles per hour from the ground to the top and vice versa. More than 4 million people annually tour Gateway Arch and its underground visitors center.

Innovative ideas flow freely at the city’s two national research universities: Washington University in St. Louis along with St. Louis University. Washington University is named for George Washington, and its School of Medicine has been ranked among the top 10 medical schools in the nation by U.S. News & World Report for as long as the list has been published. At St. Louis University, the oldest university west of the Mississippi River, houses a 10-story Doisy Research Center, medical campus building and new law building.

6. St. Louis has cool neighborhoods, such as University City and The Loop.