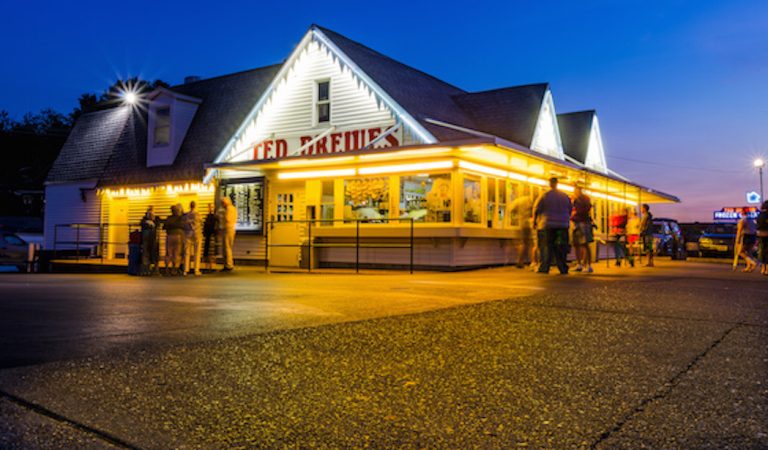 Have you ever wanted to experience St. Louis like a local resident? If so, here’s your opportunity. After all, when it comes to knowing where to go in St. Louis for all of the best food, music, sports and more, locals know.

1. Calling Panera by its one true name

St. Louis locals are proud of the fact that the go-to restaurant for sorority girls and soccer moms hails from their city, and they won’t let you forget it. Originally created as the St. Louis Bread Company, calling the restaurant “Panera” might get you some dirty looks from your fellow St. Louis natives.

2. We don’t know every Nelly song

Just because you’re from St. Louis, out-of-towners feel like they can spout any random Nelly verse at you and have you understand immediately. While that’s definitely not true, St. Louis residents do feel a secret pride in knowing the famous rapper calls their city home.

3. Eating “concrete” is a professional sport

If you haven’t been to Ted Drewes Frozen Custard, you’re probably a St. Louis imposter or just don’t like frozen custard, and either one of these is not acceptable. Lines are usually out the door at both Ted Drewes locations, but never fear — it moves pretty quickly. Order up a “concrete,” the thickest frozen treat west of the Mississippi.

4. Mama’s on The Hill is where it’s at for toasted ravioli

Toasted ravioli, a delectable Italian dish consisting of — you guessed it — fried ravioli. What’s better than fried noodles and cheese? The answer is nothing; and Mama’s on The Hill bets everything on the fact that by way of a happy accident, they created the fried cheese pockets that have since then become an absolute staple in locals’ diets. Of course, if you’re just craving Italian food in general, you won’t go wrong anywhere on The Hill, St. Louis’ famous Italian district.

5. The Cardinals Are Always and Forever No. 1

Cardinals fans are known to be some of the most dedicated in the whole league, and any St. Louisan knows that if it’s a weekend in the spring or summer, they’ll be at a Cardinals game decked out in blue, red and yellow. Be sure to grab yourself some nachos, as Busch Stadium is known to sell more of the cheesy chips than any other Major League Baseball stadium.

So you’re a Red Sox fan and you just got a job in Pittsburgh: How’s it going to be? Here’s your answer. And many more.

6. There’s No Need To Travel for an Awesome Mardi Gras Party

Forget New Orleans; St. Louis has one of the biggest Mardi Gras bashes in the world. Taking place in the Soulard neighborhood, the huge party can go on for weeks, and features events like a Cajun cook-off, the popular Weiner Dog Derby and even a gigantic pet parade featuring thousands of dogs. Add as much beer as you can drink, and it’s pretty much heaven.

7. Every Show at The Pageant Is a Good Show

The Pageant is arguably St. Louis’s best music venue. Located inside the Delmar Loop, the venue’s stage proximity to the fans allows them to be fully immersed in the performance, maybe feeling a drop of sweat or two from the musician themselves. Even the worst seats in the venue are always within 70 feet of the stage, something that most concert-goers only dream about.

The Top Craft Beers in the Top Beer Towns

8. St. Louis Has Some of the Best Beer in the Midwest

Sure, everyone knows St. Louis is home to Anheuser-Busch, one of the oldest breweries in the nation. But locals know there’s a teeming craft brewing scene, with breweries like Earthbound Brewery, the smallest brewery in the city that prides itself on its weird beer. Also a local favorite: Schlafly Bottleworks, Missouri’s largest independently-owned brewery, and with more than 50 beers to sample, we can see why.