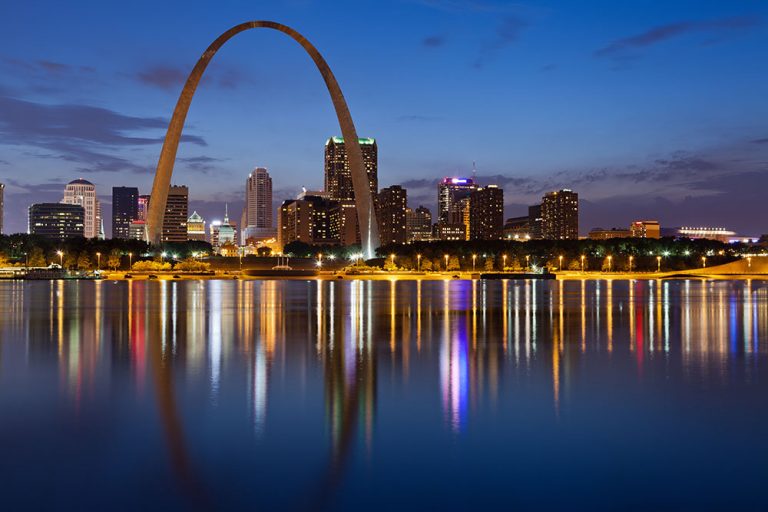 If you’re looking for that big city vibe without all the hassle, St. Louis, Missouri, is your place. It’s got just the right mixture of family-friendly fun with a vibrant nightlife scene, and has much to offer anyone of any age. It’s a city that people often overlook, but here’s why you definitely should do a double-take.

Ask any local why someone should move to St. Louis, and they’ll say one of the best things about the city is the pride that residents take in it. People are proud of the tight-knit and friendly community the city fosters. Everyone seems to know everyone else, and if they don’t, they’ll get to know you.

This one’s a no-brainer. There are literally so many free things you can do in the city that we can’t fit them into our word count, but here’s a few to begin with: The St. Louis Science Center; the award-winning St. Louis Zoo; the Contemporary Art Museum; and the Cathedral Basilica of Saint Louis. Trust us, you won’t get bored here.

The ice cream at Ted Drewes is something to write home about. “The concrete” was created in 1959 and has become a tradition of St. Louis residents to eat after a visit to The Arch or a Cardinal’s game. Why is it called a “concrete,” though? It’s a shake or malt so thick that it’s served upside down. Sign us up!

You won’t find neighborhoods like these anywhere else. Central West End is one of the hippest and desirable places to live in the area, and it’s in close proximity to downtown, local universities, and some killer restaurants and bars. Also, you can get some of the best Italian food ever at The Hill, an immigrant neighborhood. An added bonus? The housing throughout the city is really affordable.

This one kind of speaks for itself, but where else will you find a bar that doesn’t close at 2 a.m.? We don’t know. In almost any neighborhood, you’ll find one of these 3 a.m. bars, with some of the favorites being Handlebar on Manchester and Sandrina’s on Arsenal Street.

St. Louis is often called a “20-minute city,” and for good reason. Its Metrolink light rail system is one of the best mass transit systems in America, while its effective interstate system gets commuters from point A to point B in no time. Also, many of the city’s attractions are clustered together, making exploring the city a little easier.

The Top Craft Beers in the Top Beer Towns

7. Come for the sports, stay for the hot dogs

If you’re a sports fanatic, St. Louis has you covered. The city is home to the St. Louis Cardinals, 11-time World Series winners. Hockey’s St. Louis Blues also call the city home, and have made it to four Stanley Cup finals, winning the championship in 2019. For those of you who aren’t really sports fans, you can still devour a popular “St. Louis dog” at the new Busch Stadium.

8. Explore the great outdoors … in the middle of the city

You can enjoy the great outdoors in more than 100 parks city-wide. These parks are chock-full of pools, skating rinks, camping sites, basketball courts and more. You can also get a taste of the arts at outdoor sculpture parks like Citygarden or Laumeier Sculpture Park.