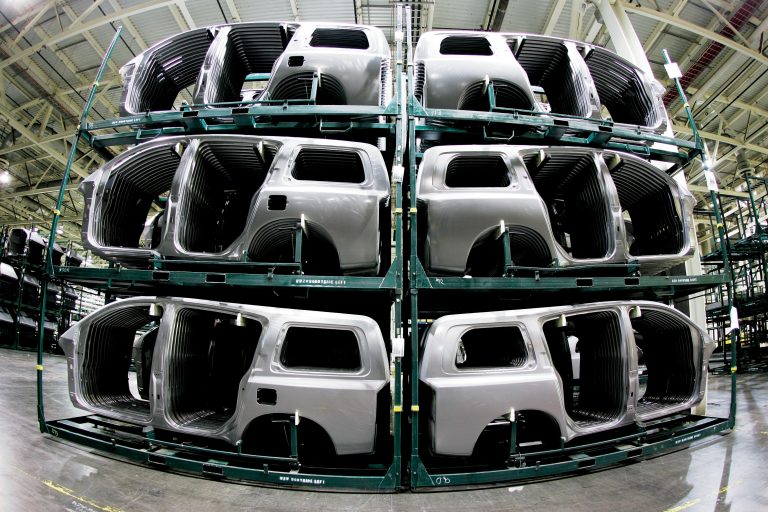 From the automotive sector to aerospace, agriculture and consumer goods, advanced manufacturers in the Jackson Metro make the products that enhance the lives of people across the country and around the globe.

They are also creating jobs for the region’s highly skilled workforce. Thanks to Nissan and other companies in the thriving automotive sector, the area had the third-largest growth in advanced industry jobs among the 100 largest U.S. metro areas between 2013 and 2015, according to a study by the Brookings Institution.

“It’s definitely all of those things. The skill set that’s there is a plus for us,” says Taylor, whose company manufactures diesel and natural gas-LP generators for commercial and industrial standby power.

How Jackson, MS Became a Leader in Logistics and Distribution

The company’s growth led it to establish production, distribution and service operations in Clinton in 2013, where it has 300,000 square feet of space and employs 150 people.

“You’ve seen the flare on oil wells. We take the waste gas and run the well with it,” which makes oil production more sustainable, he says.

The region’s advanced manufacturing sector continues to grow. Continental Tire is investing $1.4 billion in Hinds County, where it is building a 5 million-square-foot production complex. Continental is creating 2,500 jobs at the facility, which will produce up to 750,000 truck and bus tires annually.

Since 2003, Nissan has been an economic driver for the region. The company has invested $3.3 billion in its Canton operations where it has the capacity to produce 450,000 vehicles a year. The company is responsible for creating 25,000 jobs statewide and has a $400 million annual payroll.

“We were drawn to Mississippi because of the great people, strong sense of community, business friendly, state and local governments working in harmony,” says spokesman Parul Bajaj.

Suppliers have followed the company to the Jackson Metro. Calsonic Kansei, a supplier to Nissan’s engine plant, announced a $16.3 million investment to remodel a warehouse in Gluckstadt to accommodate growth.

Advanced manufacturers in the region include automotive suppliers Delphi, M-Tek and Faurecia as well as Eaton, whose Clinton plant is supplier of components for the aerospace industry. L-3 Vertex Aerospace, based in Madison, is a global provider of aerospace and aviation support for the U.S. Department of Defense, other government agencies and foreign governments.

Other manufacturers are discovering the Jackson Metro, as well. Private-label water bottling company Premium Waters Inc. announced the investment of $25 million in a new 259,000-square-foot production and distribution facility in Hinds County, where it will create 42 jobs. The company cited the region’s location close to its customers and a supportive labor market.

A number of major food companies have operations in the region including poultry processors Peco Foods and Sanderson Farms.

Multicraft Ventures’ goal is to encourage entrepreneurs, some of whom may be graduates of the colleges and universities serving the region that award degrees to more than 3,200 individuals a year in programs related to manufacturing. More than 1,100 of these graduates are from schools within or close to the Jackson Metro.

“Ventures was formed to exploit new product opportunities in new markets and to create new business ventures in the state of Mississippi. A significant portion of our business model is built around taking our product development experience and attracting area entrepreneurs who have good product ideas but do not have the necessary resources for proof of concept, intellectual property protection, marketing, manufacturing, and more,” says Paul Jones, Multicraft Ventures president and shareholder.