The Jackson Metro is the destination of choice for global companies 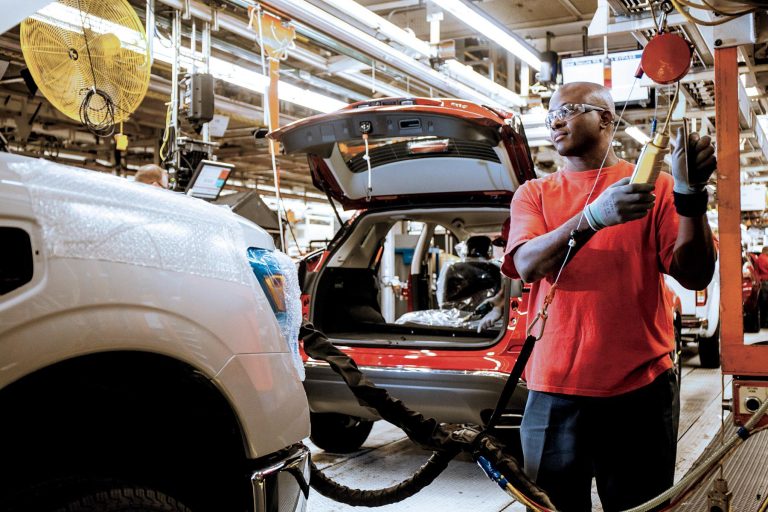 Global companies like Nissan, Continental Tire and International Paper have their choice of locations around the world. Increasingly, the Jackson Metro is the place where they choose to invest, grow and create new jobs.

The four-county region – Hinds, Madison, Rankin and Warren – enjoys the advantages of a strategic central Southeast location, a skilled workforce, a variety of tax credits and exemptions, low-cost financing and other incentives. The region provides an unmatched quality of life that includes affordable, quality housing, spectacular natural beauty and standout arts, entertainment and shopping opportunities.

The reasons for selecting the Jackson Metro continue to add up, says Greg Word, senior vice president of economic development for the Greater Jackson Alliance.

“Mississippi was just ranked as third in the nation for ‘best cost of doing business’ by Business Facilities magazine. Workforce is always a top driving factor, and we are in the midst of becoming a work-ready community through ACT’s Work Ready Community Initiative. We are the first metro in the state to take this on,” he says.

How Entrepreneurship is Becoming Big Business in Jackson, MS

Continental Tire added its name to that list when it selected Hinds County for its new facility, where it will make passenger tires for commercial vehicles. The 5 million-square-foot production complex represents a long-term investment of $1.4 billion. The facility will employ 2,500 people when it reaches full capacity over the next decade.

The project is part of the company’s global growth strategy to grow its commercial vehicle tire business in North America. The Jackson Metro is an ideal location, says Paul Williams, executive vice president of Continental Commercial Vehicle Tires, the Americas.

“As we plan our growth, we have found this site provides significant advantages for a future tire plant in terms of its large skilled workforce, as well as its ideal location and infrastructure. The state of Mississippi has developed an outstanding business climate and this site met all of our needs for projected growth in the near as well as in the longer term,” says Williams.

Continental’s reasons for selecting the site include its close proximity to a seaport and access to Interstate 20 and rail service. Most important was the availability of the workforce, which Project Manager Michael Egner believes is the key to success.

Continental has a partnership with Hinds Community College that will support workforce development. HCC students participated in a nine-week, paid internship at Continental’s plant in Mt. Vernon, Ill. They also received scholarships.

There are other signals that the region’s economy is strong. In Warren County just outside the Metro the U.S. Army’s Engineering and Development Center (ERDC) announced an additional 800 jobs in the area, including 500 new jobs and 300 to replace an aging workforce, says Word.

Find Out Why Jackson, MS is a Logistics Destination

Close to the Metro, Entergy’s Grand Gulf – the nation’s largest single nuclear reactor plant — just got a 20-year license extension. That development will create new jobs divided between the Grand Gulf facility and the engineering group located in Jackson.

“Economic Development is a team sport that requires collaboration among all stakeholders,” Gates says. “Fortunately, the Jackson Metro area has a great team committed to bringing new business in. We start with several advantages. We are a transportation hub served by major interstates, an airport with room to grow, rail systems and access to the Mississippi River. We also have education options ranging from a major state university to private colleges and a community college network that can offer courses tailored to meet industry needs.”