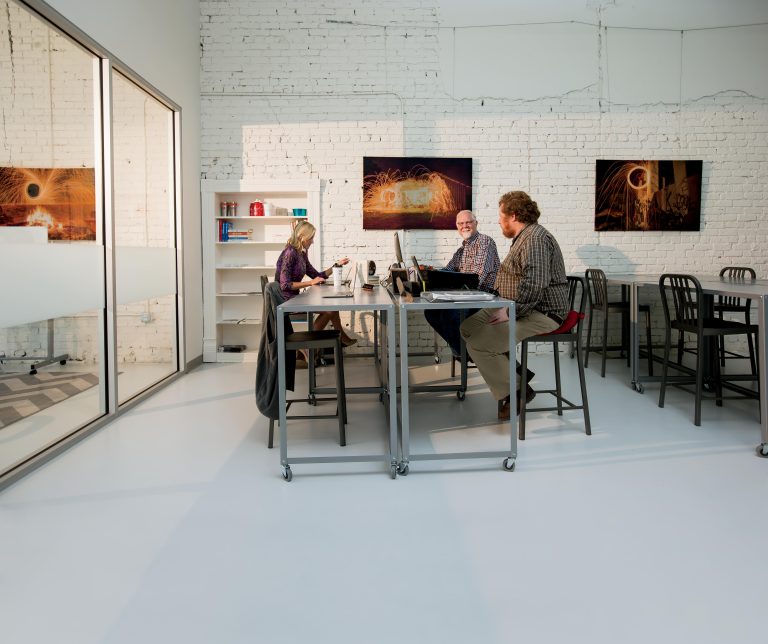 Increasing numbers of residents, combined with growing investments in commercial, cultural and residential developments, are bringing new energy to the Jackson Metro and making it even more appealing as a place where young professionals want to live, work and play.

“There seems to be a percentage of every population that desires to live in downtown areas. Jackson is no different than other cities around the country in this desire. The attraction is historical buildings that have character, and the fabric of downtown is more interesting than a suburban apartment complex. Also, proximity to other night life or quality of life attractions like museums, art galleries,” says Ted Duckworth, president and CEO of Duckworth Realty Inc.

More than $700 million in projects have come online over the last decade-plus or are under construction in downtown Jackson alone. New developments include two major museum projects that will enhance an already robust cultural portfolio. The Mississippi Civil Rights Museum and Museum of Mississippi History will total more than $74 million in investment.

The $60 million Westin hotel opening downtown is the first Westin in the state. Other hotel projects that have come online include a Hilton Garden Inn, part of a mixed-use development, and a Marriott.

Discover the Side of Jackson, MS You Never Knew: Arts & Culture Galore

More than 23,000 people work downtown, and more than 500 call the district home, says Ben Allen, president of Downtown Jackson Partners, the nonprofit organization that manages a 65-block business improvement district (BID) and is funded by an assessment on commercial property.

Today the district is a 24-hour neighborhood where you can see a show, visit an art gallery, hear the symphony or enjoy one of the more than three dozen restaurants and bars in the district.

Developments of note include the historic King Edward, with 64 apartments above the Hilton Garden Inn. The building also includes a restaurant, a bar and a coffee shop.

All apartments in the King Edward are leased, says Allen.

Other residential buildings include Capitol Art Lofts, with 31 affordably priced apartments and community space with art gallery and studio space. Leasing preference is given to veterans, disabled individuals, artists and health care workers.

In the Mid-Town Warehouse District, 736 Dickies Lofts offers apartments and office space in a repurposed historic building that was completed in 1939. Interior spaces feature wooden beams, concrete and brick, and ceiling heights of nine to 12 feet.

Standard Life 76 features luxury apartments in a high-rise building with views of downtown and surrounding areas. The building is fully leased, says Allen.

All told, Downtown Jackson Partners counts 12 residential developments with the number of apartments ranging from four to 105.

New investment has transformed existing properties into vibrant mixed-use developments. One of the most prominent projects is the Landmark Center. The building, which housed AT&T’s offices, will include office space on one side and an estimated 200 apartments on the other. An infinity swimming pool with skyline views has been discussed for the rooftop.

The region’s economic momentum is underscored by developments such as the District at Eastover, a $115 million mixed-use project that offers luxury loft apartments, boutique shopping, a collection of carefully curated restaurants and Class A office space.

The architecture is designed in a way that makes it easy and pleasing to be in the spaces, both indoors and out. Wide sidewalks with covered walkways keep people out of the sun and rain but allow circulation in every kind of weather. The District Green in the middle of the development creates a large outdoor living room for the customers, residents and tenants to gather.

“The first is location, which is in the heart of Jackson with very good access, high daytime population and high-end demographics. The second is the quality of place. The mixed uses create the opportunity to have people living and working and shopping all [in] the same location,” says Duckworth.