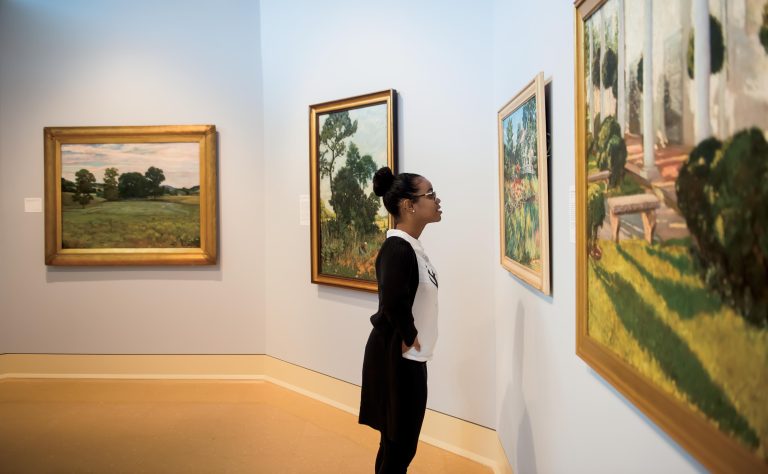 Among the Jackson Metro’s many attributes, its thriving arts and cultural scene has emerged as a quality that truly sets the region apart. From professional ballet and renowned theater companies to celebrated galleries and standout museums, Jackson’s arts scene rivals much larger communities.

As Mississippi commemorates its bicentennial in 20172—Mississippi was officially recognized as the 20th state on Dec. 10, 1817—Jackson will open two interconnected museums that provide a fascinating look at the state’s rich history.

“We have some excellent artifacts to show and a lot of stories to tell,” says Lucy Allen, director for the Mississippi Department of Archives and History’s Museum Division.

The museums combine state-of-the-art interactive visitor experiences with exhibits showcasing artifacts such as a 500-year-old dugout canoe, a rare 20-star U.S. flag from 1818, and a set of flip flops worn by a Freedom Rider while imprisoned in the Hinds County Jail.

Allen says that both museums also have “Explore Mississippi” panels that encourage visitors to go see sites throughout the state “where the history actually happened.” Highlights include the Emerald Mound Site near Stanton, which the ancient Natchez people used as a ceremonial center. There’s also the Medgar Evers House in Jackson, where the African-American civil rights activist was assassinated in 1963.

The region hosts two dozen museums and attractions that offer innovative and interactive experiences. If you have kids, the Mississippi Children’s Museum is a not-to-miss destination, with seven exhibits that explore everything from science and technology, to human health, reading and literacy.

Situated within historic LeFleur’s Bluff State Park, the  Mississippi Museum of Natural Science showcases the area’s diverse habitats and wildlife, with over 200 living species in a 100,000-gallon aquarium network, as well as 73,000 square feet of permanent and temporary exhibits, which include deer, waterfowl, fossils, and Mississippi’s endangered species. And for sports fans, the Mississippi Sports Hall of Fame, which opened in 1996, celebrates the Magnolia State’s rich history of producing world-class athletes and teams.

Jackson’s cultural district is anchored by the Mississippi Museum of Art, which includes the Art Garden, a 1.2-acre public green space complete with outdoor art installations. To commemorate Mississippi’s bicentennial, the museum is assembling more than 175 original artworks in various media to illuminate the perception and depiction of Mississippi over more than two centuries.

“There’s such a rich history of art in Mississippi, and Jackson is very much like a blank canvas that allows creative people to flourish,” says David Lewis, a project specialist with the Greater Jackson Arts Council.

Lewis works with local businesses, government organizations and nonprofits to help boost the regional arts scene. He points to several emerging art and cultural attractions that are boosting the region’s profile, including 2017’s Mississippi Light Festival. Held in downtown Jackson, the festival showcased artists who incorporated STEM (science, tech, engineering and math) practices with art to create 40 weird and wonderful pieces, from photography to sculpture to dance performances.

Another innovative new attraction is the And Gallery in Jackson’s Midtown. The independent, artist-run space focuses on contemporary and emerging art and aims to facilitate creative experimentation and discussion.

“They address issues like race, religion and LGBT rights from a grassroots stance with really remarkable exhibitions that are very gritty and experiential,” says Lewis.

Just a short drive from And Gallery is Offbeat, a fun and funky store with an eclectic lineup of toys, graphic novels, records, clothing and art books that also showcases the work of local artists.

The arts are also thriving in areas like Jackson’s Fondren District, which boasts a number of art galleries, eclectic stores and antique shops.

Downtown Jackson has more than 30 restaurants and bars, many featuring live music, such as Underground 119, a laid-back spot underneath the historic Elks Club Building that showcases authentic Mississippi blues. Downtown is also home to Mississippi Opera and Mississippi Ballet, and venues such as the Alamo Theatre performance venue.