From its assortment of delectable dishes to the award-winning chefs who prepare them, this Mississippi city is known for its cuisine scene. 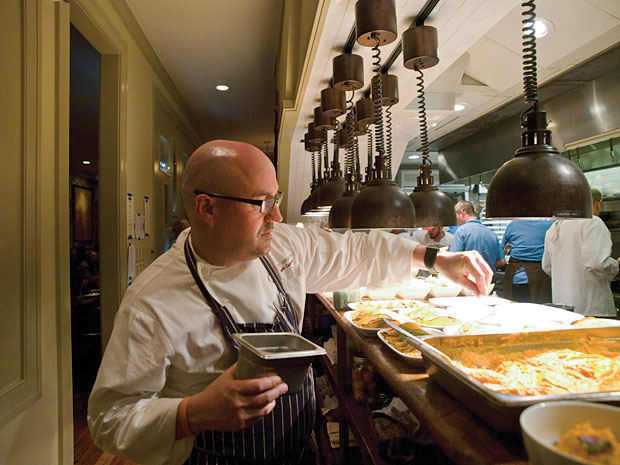 Picture it … you get off late from work on a Wednesday evening, you haven’t had a morsel of food since lunch and taking the time to fix dinner back at your house is the last thing you want to do. Before you pull out that questionable loaf of bread from your fridge and a jar of peanut butter, keep in mind that you live in Oxford, MS.

Suddenly, that food dilemma is solved, because dining in Oxford means you can enjoy a vibrant, diverse cuisine scene where you can find just about any dish you are craving.

“The things that make our food scene relevant are the places you go when you’re not out for your anniversary dinner or a special dinner with your friends. Oxford has grown leaps and bounds. We have tiny 15-seat places like Canteen (a local favorite that serves everything from a beef brisket grilled cheese to breakfast tacos) and world-class restaurants on the Square.”

Speaking of tasty dishes, Oxford is home to a nonprofit that really knows food backward and forward. Southern Foodways Alliance documents, studies and explores the diverse food cultures of the changing American South.

“We make films, collect oral histories, stage events and publish a quarterly journal and a podcast,” says Melissa Hall, managing director of the Southern Foodways Alliance (SFA). “The SFA provides a lens through which anyone interested in the region can get a deeper understanding of it. Other organizations here look at the South through literature, poetry and art. Here at the SFA, we figured, why not food? Food is a valid expression of culture and people in this place.”

Hall says that it’s the people in the South that make the food here so diverse. “The reality is that the South is geographically similar landmass-wise to Western Europe,” she says. “One of the things that everyone should understand about Southern food, just like Western Europe or international cuisine, is that we have microregions. And what you may eat in a specific region looks very different from another.”

As for Oxford, you can find very different dishes here, depending on the restaurant, and the people behind the kitchen doors are working hard to bring you the dishes you love. Psst … and did we mention some of the individuals serving up grub are James Beard Award-winning chefs?

“We have four James Beard Award winners in Oxford, which is crazy because we’re not that big,” Hall says. “Two of them are chefs, which definitely helps draw visitors to the region.”

One of these chefs is John Currence, founder of the City Grocery Restaurant Group, which operates establishments such as City Grocery, Bouré, Big Bad Breakfast and Snackbar.

The other award-winning chef is Vishwesh Bhatt. “He explores the commonalities between his native Indian cuisine and his adoptive Southern cuisine. He does amazing things with okra, approaching it as an Indian chef would, but with the same reverence as a Southern chef,” Hall says.

With a wide variety of museums, galleries (and even a double-decker bus), you’ll be sure to have loads of fun in Oxford.