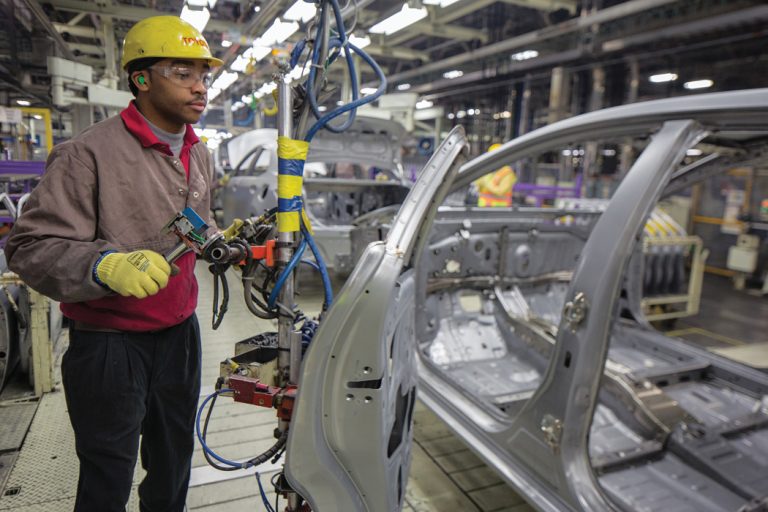 “Why did you choose to build a manufacturing plant in Lee County?â€

Pose that question to a representative of any international manufacturer with a facility here, and you’ll get an answer like this:

“It was because of the skilled workforce, good infrastructure, close proximity to major customers and very good support from the state,â€ says Ralf Hoppe, vice president of investor relations and group communications at German multinational Grammer AG, which recently opened a plant in Tupelo that produces seats for tractors, fork lifts, lawn mowers and other commercial vehicles.
Grammer is one of a growing list of multinationals based in Japan, Germany, the Netherlands, Switzerland and Canada that have made a long-term commitment to Lee County, bringing well-paying jobs and giving northeast Mississippi a truly global atmosphere.

The lion’s share of Lee County’s manufacturing jobs is in the automotive industry, thanks to Toyota Mississippi’s plant in Blue Springs, which employs more than 2,000 people and produces 176,000 Corollas each year, and facilities operated by Auto Parts Manufacturing Mississippi and Martinrea Automotive Structures.

This diverse assemblage of multinationals has made a concerted effort to help transplants maintain a strong connection with their home countries, while at the same time introducing foreign culture to the local population. Most notable, perhaps, is the Japanese Supplementary School (JSS), a joint production of the University of Mississippi and several Japanese companies, which provides Japanese youngsters the opportunity to take six-hour Saturday classes that are strikingly similar to classes back home.

“They study three main subjects: Japanese, math and social studies,â€ says Naomi Yamakawa of the university’s Office of Global Engagement, adding that students are also taught to play the piano and the recorder. The idea, Yamakawa says, is to help the 30 or so pupils to remain fluent in their native tongue and in touch with Japanese culture, because “if they stay here [in the U.S.] for three to five years and then go back, it can be hard to catch up.”

Meanwhile, instructors from the JSS also make presentations at local schools and teach American students calligraphy, origami and Japanese, thereby building on corporate efforts to give locals a taste of foreign culture.

“We look forward to supporting the City of Tupelo’s inaugural Cherry Blossom Festival in 2016, where Japanese culture will be experienced firsthand through cultural displays, music and artwork,â€ says Emily Wilemon-Holland, of Toyota’s External Affairs Department, noting that the company is happy to give back to the community.

“The hospitality of Mississippians is genuine; they have been open and welcoming to new residents,â€ she says, emphasizing that Toyota remains thrilled with its decision to build a plant in Blue Springs.

“Northeast Mississippi is a wonderful place, and together we have laid the foundation for a vibrant future. We couldn’t have asked for a better outcome.”

Northeast Mississippi is a wonderful place, and together we have laid the foundation for a vibrant future. We couldn’t have asked for a better outcome.