Skip to content
Home > MT > Where to Live Now > Moving to Montana? Here Are the Basics

Montana is an explorer's paradise brimming with wilderness, solitude, beauty and wonder. 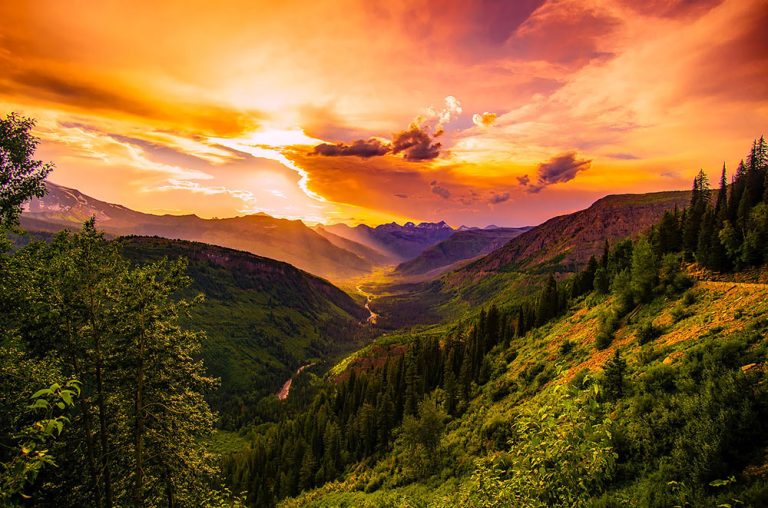 Montana is an unspoiled, hidden gem nestled in the far north of the continental U.S. Its beauty, wonder and adventure are unmatched and the industry, climate and things to do are plentiful. Below is a rundown of the basic things you need to know before moving to the great State of Montana.

Montana’s climate differs, depending on where you live within the state. Average daytime temperature in winter is 28 degrees and 85 degrees in summer. Summer nights are generally cool. Hot and humid weather is less common at 4,000 feet, of course. Snow falls all year round in the mountains, less so in the summer.

Montana has a great mix of city living and wide open spaces. Some of the top spots to set down roots include Billings, Montana’s largest city and a two-time feature on our list of the 100 Best Places to Live in America. Billings boasts walkable brewery tours and outdoor recreation galore for hikers, climbers, swimmers and boaters. Bozeman, the home of Montana State University, is close to a national treasure, as Yellowstone National Park is just a stone’s throw away.

Glaciers and Ghost Towns, Anyone?

Evidence of human existence in Glacier National Park dates back to more than 10,000 year ago. It’s a national monument and historical gold mine that can’t be missed in Montana. Today, the park includes more than 700 miles of hiking trails and wilderness and solitude as far as the eye can see. Another great family attraction located just east of Missoula is the Garnet Ghost Town. Named by Travel + Leisure as one of the “Coolest Ghost Towns in America,â€ Garnet was a mining town in the early 1800s that nearly 1,000 people called home. Besides ghosts and glaciers, don’t forget to mountain bike on the Old Milwaukee Road railroad trail or visit Bozeman’s Sweet Pea Festival.

The median value of owner-occupied homes in Montana is $99,500, much lower than the $188,900 median home price for the U.S. The average property tax is 0.87 percent, again well below the national average. And, good news: Montana has no sales tax. It’s income tax structure is progressive with rates that range from 1 percent  to 6.9 percent.

You will need a car in Montana. It’s a big, wide open space. However, your commute will be a joyous one, with next to no traffic and the average gas price just a touch higher than the national average. Public transportation isn’t plentiful, but big cities do have transit. For example, Missoula’s Mountain Line bus service is currently zero-fare. Bozeman’s Streamline bus is also free.

Across Montana’s three biggest cities of Billings, Missoula and Great Falls, the highest number of professionals tend to be in the health-care industry, followed by those in education. The biggest employer in Montana is health-care giant Billings Clinic. Other industries that rank high in Montana include sales, restaurants, and transportation industries. Here’s a snapshot of top employers in Missoula.

There are more than 144,000 students and 800 schools in Montana. The state boasts an 86 percent graduation rate, with top school systems found in the Clancy, Gardiner and Big Sky areas, to name a few. Montana’s public universities have some of the lowest tuition costs in the nation, a big bonus when it comes to the cost of living. There are 16 public colleges and universities in the state, including educational powerhouses such as University of Montana in Missoula and Montana State University in Bozeman.