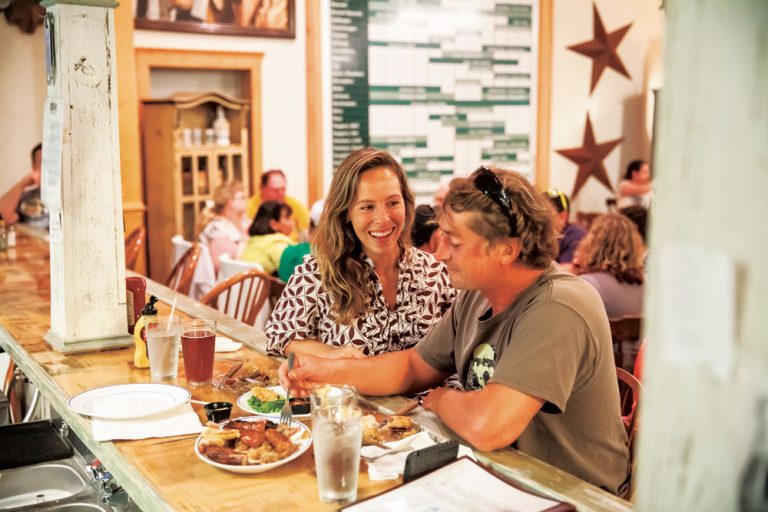 Thanks to the region’s deep roots in agriculture and its many competitive advantages, Eastern North Carolina has cultivated a robust and growing value-added food industry.

The region offers proximity to major ports – including North Carolina’s two deep-water ports in Morehead City and Wilmington – and it’s within  close proximity to one of the highest volume ports on the East Coast in Norfolk, Virginia.. In addition, the region is home to helpful resources and logistics services that ensure the supply chain continues running smoothly.

As a result, it’s no surprise more than 50 food industry producers have chosen to invest in Eastern North Carolina.

Along with Eastern North Carolina’s well-educated workforce and high quality of life, a significant part of the region’s appeal to food processors and manufacturers is due to the availability of resources designed to help them succeed and thrive.

For example, the NCEast Alliance recently partnered with the East Carolina University Department of Engineering and received a Pollution Prevention (P2) grant from the Environmental Protection Agency to educate food processors and manufacturers about ways to improve efficiency and profitability while reducing their environmental footprint.

The region has also developed a thirst for craft beer, with breweries opening in large and small communities across Eastern North Carolina.

Two renowned microbrewers in the East are DuckRabbit Brewery in Farmville and Mother Earth Brewery in Kinston.  Both have produced award winning beers and attract patrons from all over the East Coast.

The oldest microbrewery in the state – Weeping Radish Brewery, Butchery and Pub – opened in Manteo in 1986 after founder and owner Uli Bennewitz worked with state politicians to make it legal for North Carolina microbreweries to sell their beer directly to consumers on site. Bennewitz relocated Weeping Radish to Grandy and opened the new brewery in 2005, as well as a restaurant that features menu items made with locally grown and produced ingredients, including vegetables grown on the Weeping Radish’s farm.

Weeping Radish brews are made according to the Reinheitsgebot – the German Beer Purity Law – stating that beer must be brewed using only hops, malt, yeast and water.

Although craft breweries have been opening at a rapid pace in recent years, Bennewitz says he first noticed the industry picking up momentum in Eastern North Carolina in 2008, which he largely attributes to people seeking out and supporting local businesses.

“People want to have a place where they can have a beer with the person who made it,” Bennewitz says. “As a nation, we’re going back to a local mindset, and brewpubs are a prime example of this movement.”

Uptown Brewing Co. in Greenville is one of the region’s newest breweries, open since January 2017. The craft brewery serves four custom-created beers throughout the year, including a pale ale, a West Coast IPA, a coffee stout and a wheat ale, plus two seasonal varieties.

“Eastern North Carolina has played a big role in the farm-to-table movement because of its strong agriculture industry, and we see the interest in craft beer as an outgrowth of that movement,” says Ben Self, Uptown Brewing Co.’s co-founder and master brewer. “There’s a growing need for people to feel connected to the food and beverages they consume.”