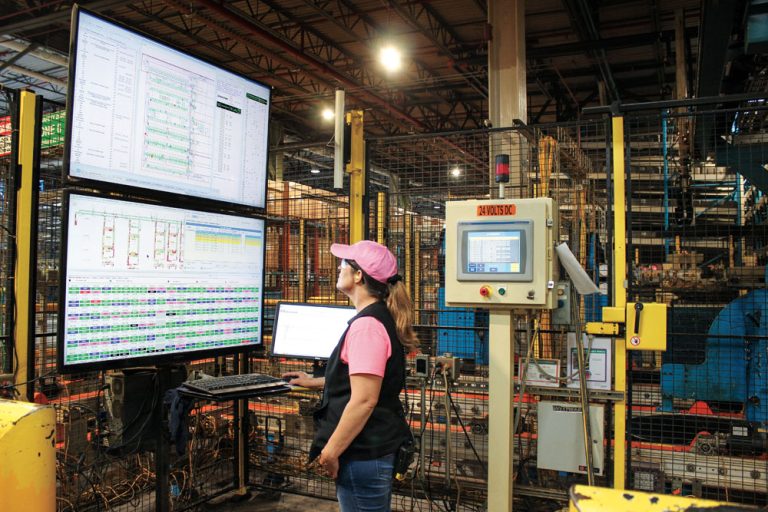 In fact, in 2015, more than 30 percent of investment projects announced in Eastern North Carolina came from international companies.  There are more than 50 foreign-based firms in the region that represent nearly 25 different countries.

Major foreign-owned companies that have chosen the region include ASMO North Carolina, a Japanese company that manufactures windshield washer and windshield wiper motors as well as radiator fan motors in Greenville for the automotive industry.

In Kinston, Swedish-owned Electrolux Corp., the maker of  kitchen appliances, produces dishwashers in a 463,000 square foot factory.. The plant, established in 1989, employs over 600 workers and has expanded its operations over several years.

German-based PAS located in Washington (Beaufort County) in 2007,  The company manufactures control panels and systems for the appliance industry in a 50,000 square foot facility that employs over 100 workers.

Bridgestone/Firestone, another Japanese company recently announced a $162 million expansion of its passenger car tire plant in Wilson County. DSM Dyneema, based in Heerlen, The Netherlands, has a significant advanced material production operation in Greenville.

Rx for Growth in Greenville

Mayne Pharma, an Australia-based company, produces complex oral and injectable drugs in Greenville. The company came into the region via its 2012 acquisition of niche drug maker and contract pharmaceutical company Metrics, which was based in Greenville. Metrics was started in 1994 by Phil Hodges, a graduate of East Carolina University, and John Bray, an ECU professor.

Since that acquisition, Mayne Pharma has expanded its footprint in Eastern North Carolina. In 2016, the company broke ground on a 126,000-square-foot, oral-dose commercial manufacturing facility next to its current Greenville operations. The project, which will add 110 jobs, will double Mayne Pharma’s U.S. manufacturing capacity.

The company cited the talent, education and work ethic of its Eastern North Carolina workforce as among the reasons for choosing Greenville for the expansion.

In Goldsboro, South Africa-based Stormberg Foods announced in June 2017 that it would invest $2.48 million to open a plant to produce meat protein snacks. The Wayne County facility is the company’s first venture into the United States manufacturing sector.

“At the end of the day, Wayne County offered us what we needed – the right type of factory, proximity to a labor force with the right skill sets, and a very business-friendly attitude,” says Gary Moorcroft, owner of Stormberg Foods.

Stormberg is a fourth-generation company that makes a meat-based snack similar to beef jerky. The company’s product – called biltong – is a natural protein snack that is popular among health enthusiasts, athletes and outdoor enthusiasts. Biltong will be a new product in the U.S. market that will be marketed towards health-conscious individuals focused on healthy eating and living.

Moorcraft also acknowledged that the NCEast Alliance, the region’s lead economic development organization, provided helpful business services to assist the company with their decision to choose the region.

Stormberg Foods was awarded both state and local grants for this project, including a One NC Fund grant of $125,000 and a Building Reuse grant of $450,000 to assist with building renovations. The overall project will create approximately 60 jobs over a three-year ramp-up period.