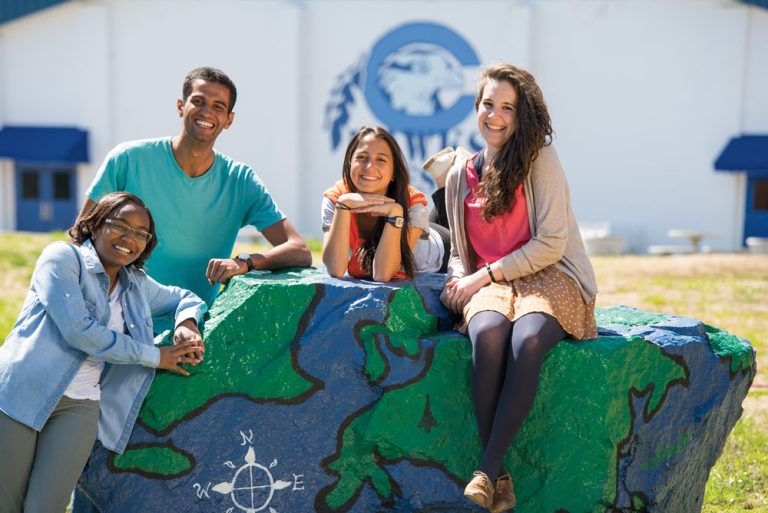 Home to a host of revitalized downtowns and flourishing college communities, it’s no surprise that Eastern North Carolina is becoming a hotspot for talented professionals looking for an unparalleled quality of life.

In addition, the region’s many advantages and amenities are generating new investments, further contributing to its vitality and creating even more opportunities for both employment and enjoyment.

On the Square in Rocky Mount, NC

Downtown Rocky Mount is thriving, thanks in large part to the community’s revitalization projects. The historic Douglas Block at the north end of the downtown business district features revamped buildings originally constructed between 1910 and 1925 that now comprise 25,000 square feet of commercial retail space as well as residential units.

development resulted from an investment by Capital Broadcasting Co. and includes office space, residences, restaurants and a brewery incubator. There’s even more on the horizon, with the $40 million Rocky Mount Event Center under construction and a downtown master plan, created by the City of Rocky Mount and Raleigh-based RATIO, in place.

Why Eastern North Carolina is One for the History Books

“Rocky Mount has the best collection of historically significant architecture in the state,” says John R. Jesso, downtown development manager for Rocky Mount’s Downtown Development Office. “Its low cost of living and high quality of life make it a desirable place to live. Other factors to consider are local economic strength, as well as work-life balance – commutes are normally about 15 minutes away.”

Downtown Goldsboro has also been revitalized. The city won a $10 million federal grant to pay for new downtown streetscaping in 2013, which helped improve the district’s Center Street. Many historic buildings now serve as apartments, restaurants and businesses thanks to revitalization investment.

“In 2015, we saw the culmination of a little over $20 million of public investments in downtown Goldsboro, and the results have far exceeded our expectations,” says Julie Metz, executive director of the Downtown Goldsboro Development Corp. “There’s no indication that this momentum is going to slow down any time soon, and the excitement we’re seeing in the community is incredible. People are enjoying spending time in downtown Goldsboro.”

Laying claim to East Carolina University and Pitt Community College, Greenville is a can’t-miss college town that is growing quickly.

Uptown Greenville, the city’s center, has more than $500 million in development under way, including new student housing, retail spaces and restaurants. These investments are expected to more than double the number of people living in Uptown Greenville over the next few years while also increasing tourism in the area. They’ll join existing attractions like Uptown Brewing Co. and the Greenville Museum of Art.

The small community of Murfreesboro, located in the historic Inner Banks of North Carolina and home to Chowan University, is also a bustling college town with a robust downtown district.

Known for hosting the annual North Carolina Watermelon Festival, downtown Murfreesboro features one-of-a-kind restaurants and shops, and Chowan’s presence in the area adds sporting events and cultural events to the roster of fun things to do.

Students in the university’s School of Fine and Applied Arts showcase their talents in exhibits, plays and concerts throughout the year, while the Hawks athletic teams compete in football, basketball, soccer and more.

Another advantage Murfreesboro offers is proximity to larger, more metropolitan areas such as Virginia Beach, Norfolk and Raleigh. As a result, residents enjoy the best of the both worlds – the ease of living in a quaint, charming community and the ability to quickly access and